Algal blooms are getting worse in lakes worldwide

In a global study that analyzed almost 30 years of satellite images of freshwater lakes, most of the lakes showed signs of worsening algal blooms. 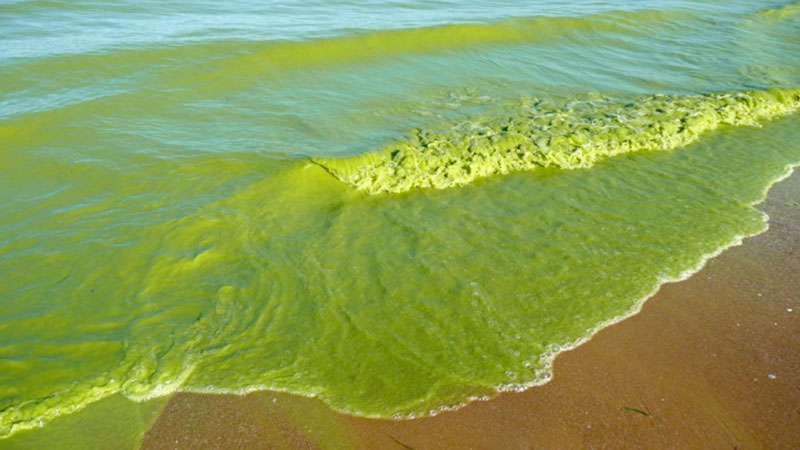 Water laden with algae on the shores of Pelee Island, Lake Erie, in 2009. Image via Tom Archer.

The intensity of harmful algal blooms in many lakes around the world has increased according to satellite imagery collected over nearly three decades. The new research was published in the peer-reviewed journal Nature on October 14, 2019.

Harmful algal blooms (overgrowth of algae in water) tend to peak in summertime in response to three key environmental conditions – nutrients, sunlight, and warm water – which are conducive to explosive algal growth. These blooms often appear as thick, green goop on or near the surface of a waterbody, and the color changes in the water can be detected by satellites. When the abundant algae die off and decompose, oxygen levels drop to levels that can be deadly to aquatic life. Some blooms even produce toxins that can contaminate drinking water supplies and make it dangerous for people and their pets to go swimming.

Jeff Ho, a scientist affiliated with the Carnegie Institution for Science in California and lead author of the new study, discussed the impacts of these types of algal blooms in a statement. He said:

Several scientific studies have noted an uptick in freshwater algal blooms in certain regions, but the new research represents the first long-term, global study of large lakes using advanced imagery from the U.S. Geological Survey’s Landsat 5 satellite. Data from 71 large lakes located in 33 countries on six continents showed that the intensity of summertime algal blooms has increased in the majority (68 percent) of the areas studied. 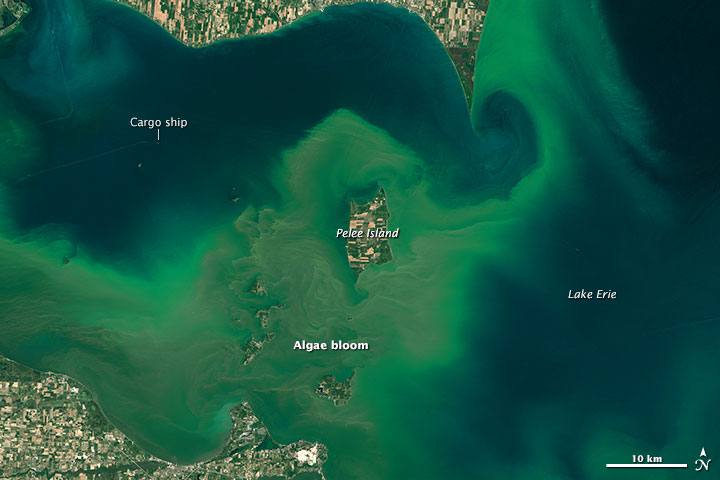 Landsat 8 satellite image of an algal bloom in the western part of Lake Erie collected on July 28, 2015. Image via NASA Earth Observatory/Carnegie Science.

The increasing intensity of freshwater algal blooms in summer is likely being driven by a combination of factors. While previous research on individual lakes has definitively linked changes in algal blooms to increased nutrient loading caused by human activities (think fertilizers and sewage), and it is known that warming water temperatures can exacerbate blooms (see Blooms Like it Hot), the drivers of the trends in the new study were not as clear cut. Interestingly, the few lakes that showed a decrease in bloom intensity were the ones that had warmed less than the other lakes. Thus, the findings suggest that warming waters may have played an important role in the observed trends.

Anna Michalak, a co-author of the new study, is a senior scientist at the Carnegie Institution of Science. She said:

This finding illustrates how important it is to identify the factors that make some lakes more susceptible to climate change. We need to develop water management strategies that better reflect the ways that local hydrological conditions are affected by a changing climate. 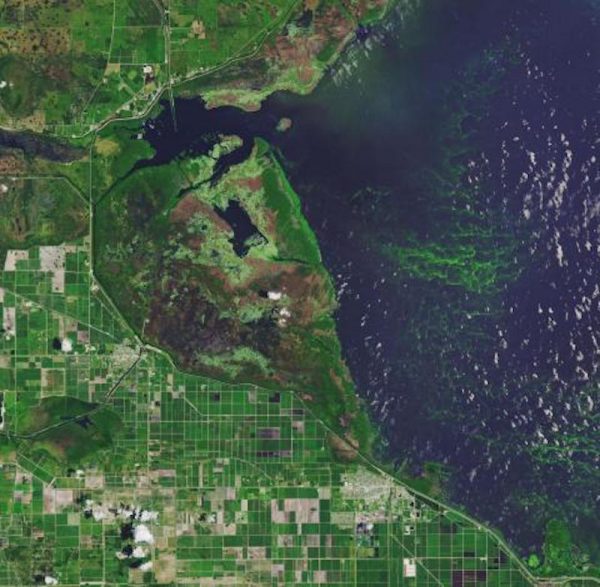 Florida’s Lake Okeechobee. Toxic algal blooms resulted in states of emergency being declared in Florida in 2016 and 2018. Image via NASA Earth Observatory/Carnegie Science.

Bottom line: The intensity of harmful algal blooms in many freshwater lakes around the world is increasing, according to new satellite data collected over nearly three decades.