The Klyuchevskoy volcano on Russia’s Kamchatka Peninsula is erupting. Ash explosions affecting air traffic could occur at any time. 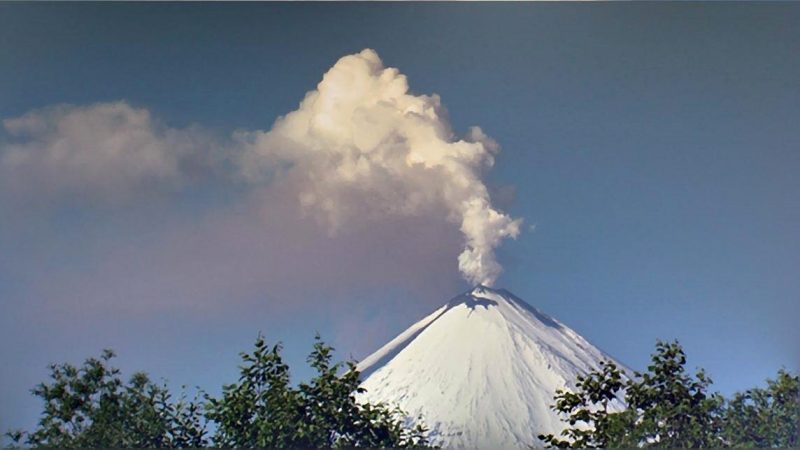 Klyuchevskoy’s usually snowy and glaciated peaks, with a plume rising over 6,000 meters (3.73 miles) on June 7, 2016. Image via Andrew Matseevsk for Earth of Fire

This article is republished with permission from GlacierHub. This post was written by Sophia Hill.

Klyuchevskoy, a glacier-covered volcano on the Kamchatka Peninsula in eastern Russia, is erupting. The volcano, 4,750 meters (2.95 miles) in elevation, has had a history of extensive activity over the last 7,000 years. It has been emitting gas, ash and lava since April 3, 2016.

Several organizations are closely monitoring its eruption. They note that ash explosions reaching 6 to 8 kilometers (19,700 – 26,240 feet) in height could occur at any time, affecting flights from Asia to Europe and North America. Local impacts could also be extensive.

Explosive-effusive eruption of the volcano continues. According to video data, gas-steam plume containing ash rose up to 5.5 km a.s.l. at 23:03 UTC on July 10. Satellite data shows a weak ash plume drifted for about 170 km to the east-northeast from the volcano at 0200 UTC on July 11.

Enjoy these striking photos of Klyuchevskoy’s eruption and glaciated peaks below. 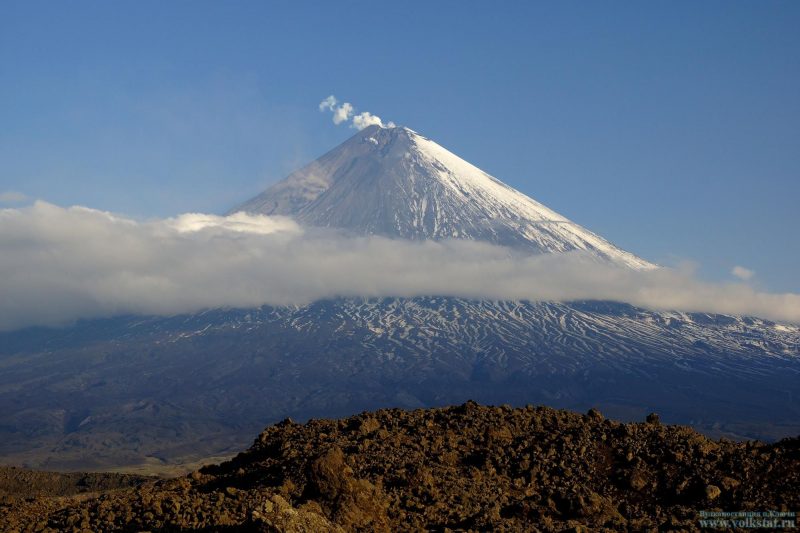 Explosive-effusive eruption of the volcano continues. Image via Volkstat ru / I. Buchanan 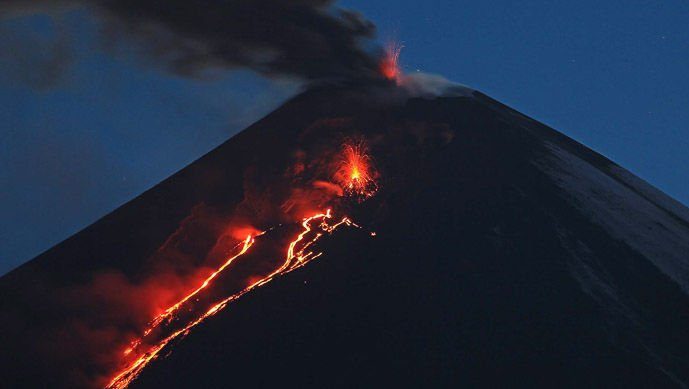 Bottom line: Klyuchevskoy, a glacier-covered volcano on the Kamchatka Peninsula in eastern Russia, is erupting. Organizations monitoring the eruption note that ash explosions reaching 6 to 8 kilometers (19,700 – 26,240 ft) in height could occur at any time, affecting flights from Asia to Europe and North America.