Rob Dunn warns of coextinction of hundreds of thousands of species

Hundreds of thousands of tiny and unknown species are vanishing from Earth at an unprecedented rate, says the biologist. Ignoring this situation, he said, “could have incredible consequence for our public health, crops, and economies.”

Rob Dunn: In essence we have this story of the history of the Earth as told through life that’s all around us – this great library of life – and we’re burning books more rapidly than we ever have before, without looking first to see what the books are.

Biologist Rob Dunn is speaking about the possibility that hundreds of thousands of tiny and unknown species are now vanishing from Earth, at an unprecedented rate. It’s the consequence of what Dunn called ‘coextinction.’

Rob Dunn: Coextinction is the extinction of one species when a species it depends on goes extinct.

Dunn said many parasites are at risk, because they depend on what are called ‘host’ species for their food, or shelter.

Rob Dunn: Most of what we know about the relationships between parasites and hosts suggests that coextinction should be at least as common as host extinction – extinction of the things we think about more often, the warm, cuddly, big-eyed things.

Rob Dunn: The greatest value in thinking about the conservation of these parasites, or just better understanding them, is that ignoring them could have incredible consequence for our public health, crops, and economies.

Dunn added that the disappearance of these tiny but important creatures would constitute a major loss of biodiversity on Earth. He said coextinction highlights the interactions of species and the consequences of extinction.

Rob Dunn: We tend to think of species in isolation. Yet there are broad consequences of interactions among species. Our work looks at the consequences of those interactions, whether in considering ants and the species that ride on them or humans and the species that depend on us or that we depend on. Such interactions are seldom simple. When we cleansed ourselves of nematodes, for example, we rid ourselves of their negative consequences. But their loss may have triggered other effects we hadn’t anticipated. The eradication of nematodes and other worms from our “modern” lives may in fact be responsible for the rising incidence of so many auto-immune diseases.

Rob Dunn: If you look at extinctions over last 15,000-20,000 years – which I would say is the time period in which humans had greater impacts on environments – that rate of extinction is ten fold greater than over the million years that preceded that. If we look at the extinction over the last 100 years, they are ten fold greater than that 15,000 year interval. If we look at extinctions over the last ten years, they’re ten fold greater again. That change in rate is entirely due to humans. What we’re witnessing doesn’t have recent precedent. And that will be true for the parasites and hosts, mutualists, and everything else.

Dunn said coextinction is a great loss, personally and biologically.

Rob Dunn: For me, there is a great joy in biological diversity. There’s a great joy in being able to go places and find new things. In letting these species going extinct we remove ability for my daughter’s generation to be able to experience that same kind of joy in so many places. It’s hard to see that as anything but sad. 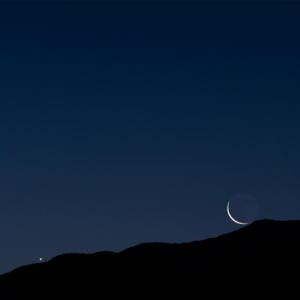