A recent unusual sunset over Mutare, Zimbabwe, caused by smoke from the annual burning of vegetation. Notice color change from yellow to orange to magenta … 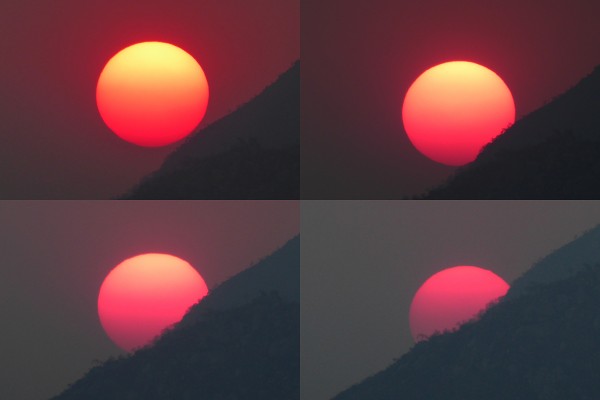 Here in Zimbabwe we are experiencing a heatwave with temperatures over the whole country in the mid- to upper 30s Centigrade (mid-to-upper 90s Fahrenheit). To add to the discomfort there has been widespread burning of vegetation, as is traditional during the dry season. This generates lots of low-level acrid smoke haze which lingers over the landscape late afternoons and evenings. The reduced visibility creates dim and sometimes unusual sunsets.

One evening this weekend (October 10, 2015), the sun set though a particularly thick layer of smoke and changed color from yellow to orange and magenta before disappearing behind some hills to the west of Mutare.

This beautiful transition, which took only two minutes, is depicted in the mosaic above which was compiled from four photographs taken 30 seconds apart using a Panasonic Lumix DMC-TZ60 compact camera in sunset auto mode and x60 zoom magnification.

The more distant views, below, show the situation a few minutes before and just after the sun changed color. 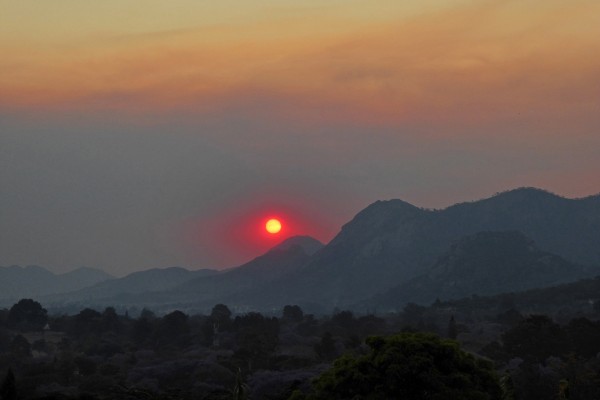 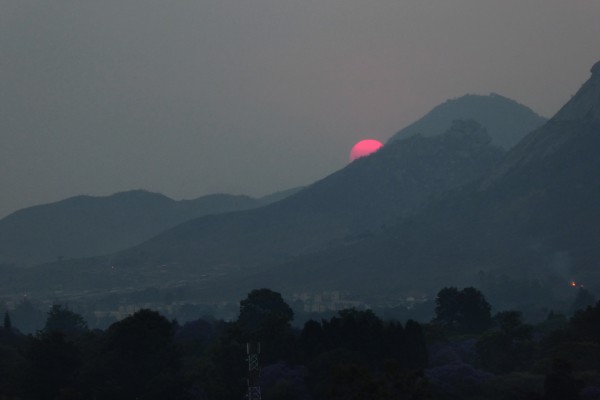 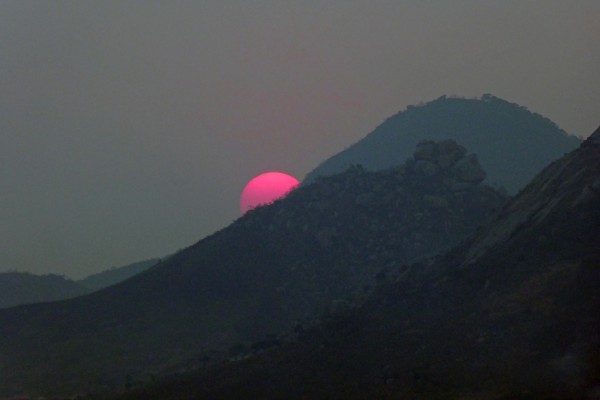 Bottom line: Photos of a recent dim and unusual sunset – October 10, 2015 – over Mutare, Zimbabwe. The colors in the sunset are caused by lingering smoke from the annual burning of vegetation.