The UV light that causes snow blindness in humans is life-saving for reindeer in the Arctic.

Arctic reindeer see deeply into the ultraviolet (UV) part of the electromagnetic spectrum. At the same time, they can safely handle an amount of UV light that would cause snow blindness in humans. That’s according to a study from University College London, which will appeared in the May 12, 2011 issue of The Journal of Experimental Biology.

According to the study, reindeer have adapted to an environment where sunlight is often low on the horizon, scattering into shorter, bluer wavelengths. The reindeer use their ability to see into the UV spectrum in this twilight Arctic landscape, in order to enhance their detection of food and predators, as the video below shows.

In conditions where the vision typical of most other mammals would make them vulnerable to starvation, predators and territorial conflict, reindeers’ special visual ability lets them take in live-saving information. Yet this same visual sensitivity to UV also raises the question of how reindeer protect their eyes from UV damage, which in humans can cause snow blindness.

We discovered that reindeer can not only see ultraviolet light but … can also make sense of the image to find food and stay safe. Humans and almost all other mammals could never do this as our lenses just don’t let UV through into the eye.

In conditions where there is a lot of UV -– when surrounded by snow, for example –- it can be damaging to our eyes. In the process of blocking UV light from reaching the retina, our cornea and lens absorb its damaging energy and can be temporarily burned. The front of the eye becomes cloudy, and so we call this snow blindness. Although this is normally reversible and plays a vital role to protect our sensitive retinas from potential damage, it is very painful. 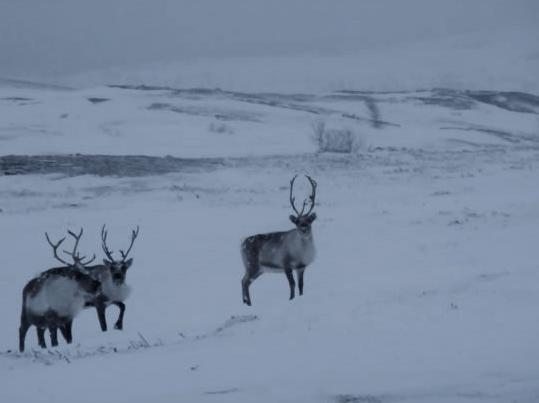 The winter conditions in the Arctic are severe. The ground is covered in snow, and the sun is very low on the horizon. At times, the sun barely rises in the middle of the day, so there is darkness most of the day. Under these conditions light is scattered in a way that makes the majority of light appear blue or ultraviolet. In addition to this, snow can reflect up to 90% of the UV light that falls on it. Jefferey explained:

When we used cameras that could pick up UV, we noticed that there are some very important things that absorb UV light and therefore appear black, contrasting strongly with the snow. This includes urine — a sign of predators or competitors; lichens — a major food source in winter; and fur — making predators such as wolves very easy to see despite being camouflaged to other animals that can’t see UV.

The research raises interesting questions about the effect of UV on eye health. In human eyes, UV light is thought to damage sensitive photoreceptors that cannot be replaced, leading to irreversible damage to vision. Arctic reindeer, on the other hand, are able to handle UV light and use the information effectively in their environment without damaging their eyes. Jefferey added:

The question remains as to why the reindeer’s eyes don’t seem to be damaged by UV. Perhaps it’s not as bad for eyes as we first thought? Or maybe they have a unique way of protecting themselves, which we could learn from and perhaps develop new strategies to prevent or treat the damage the UV can cause to humans. 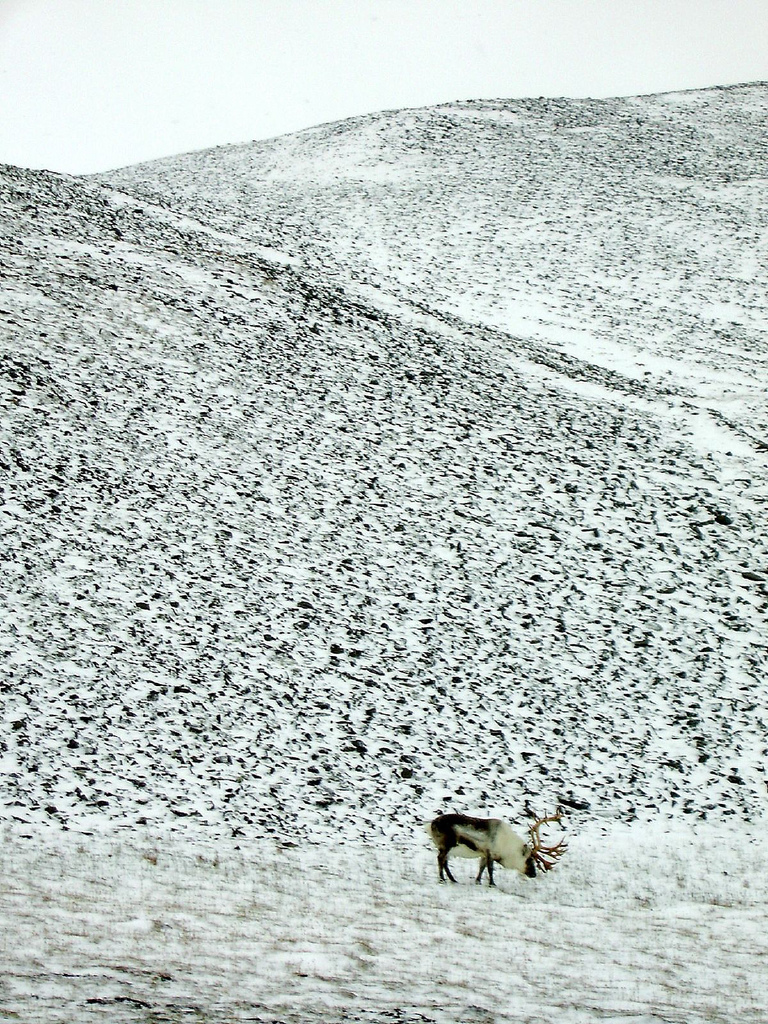 We can learn a lot from studying the fundamental biology of animals and other organisms that live in extreme environments. Understanding their cell and molecular biology, neuroscience, and other aspects of how they work can uncover the biological mechanism that meant they can cope with severe conditions. This knowledge can have an impact on animal welfare and has the potential to be taken forward to new developments that underpin human health and well being.

Summary: A University College London research team led by Glen Jefferey has published the results of a study showing that arctic reindeer are able to use ultraviolet light to enhance their detection of food and predators — without damaging their eyes. The study appears in the May 12, 2011 issue of The Journal of Experimental Biology.