A new study of deep sea life after the 2010 Deepwater Horizon oil spill in the Gulf of Mexico has found far-ranging impacts that may take decades to reverse.

One of the first studies to evaluate deep sea life after the April 20, 2010 Deepwater Horizon oil spill in the Gulf of Mexico has found far ranging impacts that may take decades to reverse. The research was published on August 7, 2013 in the journal PLoS ONE.

During the fall of 2010, scientists collected hundreds of deep-sea sediment samples from 170 sites in the Gulf of Mexico. A number of those sites (68 sites) were analyzed closely for oil contamination and the presence of bottom dwelling invertebrates. 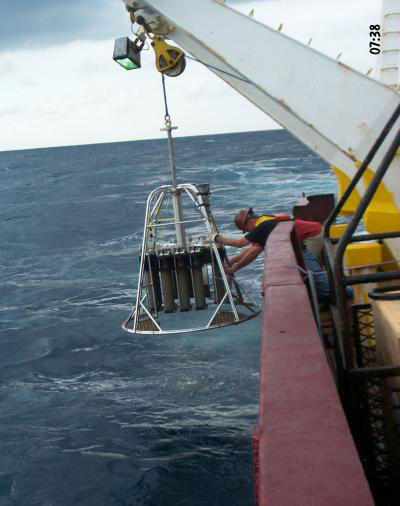 Reduced levels of deep sea biodiversity were found at many sites in the Gulf of Mexico where levels of oil contamination were high. The most severe impacts were detected within 3 kilometers (1.9 miles) of the wellhead where the spill originated and this area covered about 24 square kilometers (9.3 square miles) of the seafloor. Moderate impacts on benthic communities were also observed over an area of 148 square kilometers (57.1 square miles) that extended southwest and northeast of the wellhead.

Approximately 5 million barrels of oil were released during the Deepwater Horizon oil spill, and about 35–40% of that oil is thought to have remained in the deep sea. 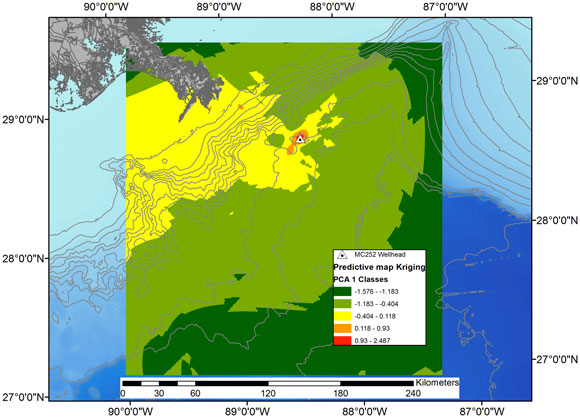 Paul Montagna, lead author of the study and Endowed Chair for Ecosystems and Modeling at Texas A&M University’s Harte Research Institute, commented on the findings in a press release. He said:

Normally, when we investigate offshore drilling sites, we find pollution within 300 to 600 yards from the site. This time it was nearly two miles from the wellhead, with identifiable impacts more than ten miles away. The effect on bottom of the vast underwater plume is something, which until now, no one was able to map. This study shows the devastating effect the spill had on the seafloor itself, and demonstrates the damage to important natural resources.

The scientists are planning to analyze additional data that were collected in 2011 to look at how conditions may be changing over time. 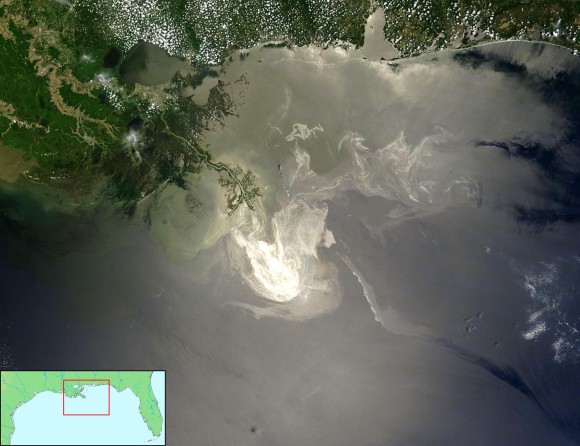 Bottom line: A new study has found far ranging impacts on the biodiversity of deep sea life from the 2010 Deepwater Horizon oil spill in the Gulf of Mexico. The impacts may take decades or longer to reverse, the scientists say. The research was published on August 7, 2013 in the journal PLoS ONE.