Recap of 2012 Christmas storm in US

This storm will go down as producing the most tornadoes ever recorded on Christmas Day in the United States since record keeping began. Photos and videos here.

A very dynamic and strong area of low pressure caused major issues on Christmas Day 2012 across the United States. It brought heavy snows that stretched from Oklahoma and as far northeast as Maine. More about that at the bottom of this post. On the southern side of the storm, a severe weather outbreak occurred across southeast Texas, Louisiana, southern Mississippi, southern and central Alabama, and northern Florida. This storm will go down as producing the most tornadoes ever recorded on Christmas Day in the United States since record keeping began.

Storm Prediction Center acquired 47 preliminary tornado reports on December 25, 2012. As of now, there have been at least 25 confirmed tornadoes that pushed through the U.S. Southeast. The most notable and photographed tornado was the one that went through parts of Mobile, Alabama. The videos below showcase the size and power of this tornado that pushed through midtown Mobile. It was rated as an EF-2 tornado with winds between 110 to 137 miles per hour. This tornado only caused minor injuries, which is a miracle since it went through local businesses, a school (which was vacated thanks to the holiday) and through several residential homes.

In the video below, surveillance cameras captured the tornado pushing near the Walgreen’s store in Mobile, Alabama. Amazing footage shown at various angles from the store. A must see video: 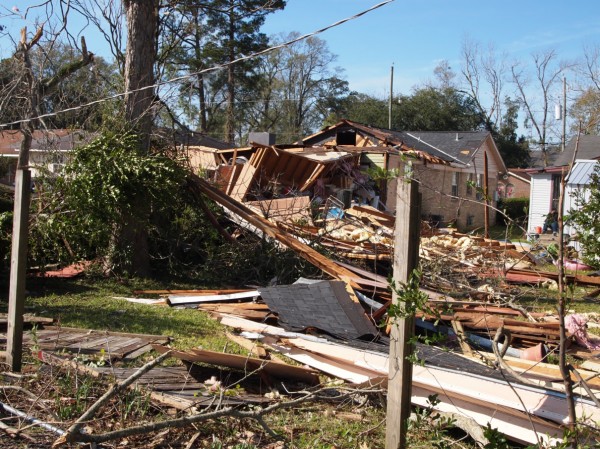 Of the 25 confirmed tornado confirmed by the National Weather Service offices on December 25, 2012, 14 tornadoes occurred in Alabama, 5 in Mississippi, 4 in Louisiana, and 2 in Texas. The good news is that mostly minor injuries occurred with these tornadoes. There were a report of a person who died from injuries sustained in Butler County, Alabama. In general, the NWS offices did a great job issuing tornado warnings and providing the public much needed information to protect themselves. 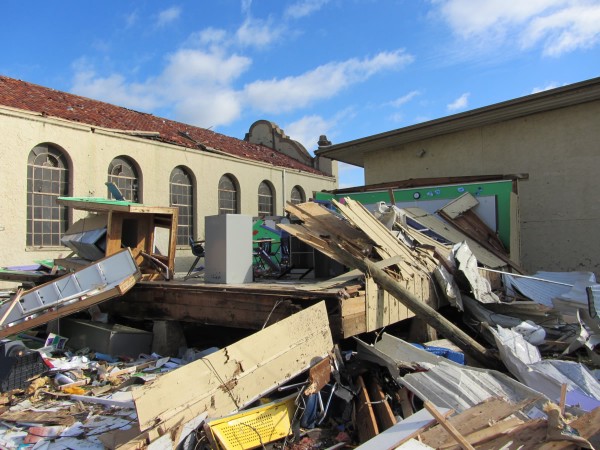 The forecast was great

The weather models all indicated a significant system impacting the eastern United States a week before it developed. There were a lot of questions leading up to the event that meteorologists could not answer until the day before it hit. For instance, the placement and strength of the low pressure would give forecasters an understanding at who would see snow, rain, and strong thunderstorms. By December 23, 2012, the models were indicating that severe weather was likely across the Southeast and significant snow was possible for parts of Oklahoma, Arkansas, and Missouri on Christmas Day. By December 24, 2012, the Storm Prediction Center highlighted parts of Louisiana, Mississippi, and southwestern Alabama in a moderate risk to see severe thunderstorms. The only issue forecasting this event was determining how far north the warm front would travel across the Southeast. The original thought was for the warm front to move as far north as the Georgia/Tennessee border. Anyone south of the warm front would be at risk of seeing severe storms. Fortunately, the warm front never pushed north due to cold air damming (cool, stable air at the surface) across northern Alabama and north/central Georgia. Overall, the forecast was great. 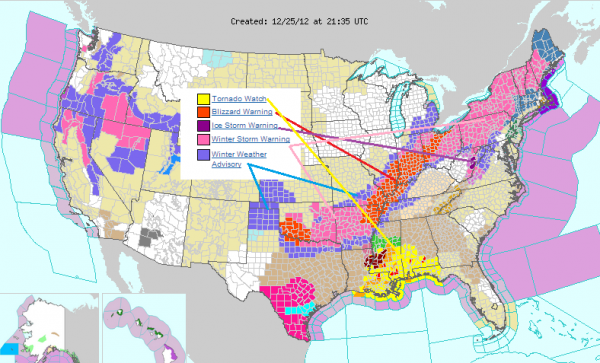 The 2012 Christmas storm produce a series of watches and warnings from Texas, to southern Alabama, and all the way up into Maine. Image Credit: NOAA

Check out the storm reports that are overlaid across the outlook areas created by the Storm Prediction Center prior to the event. Their forecast verified, and it was a success. 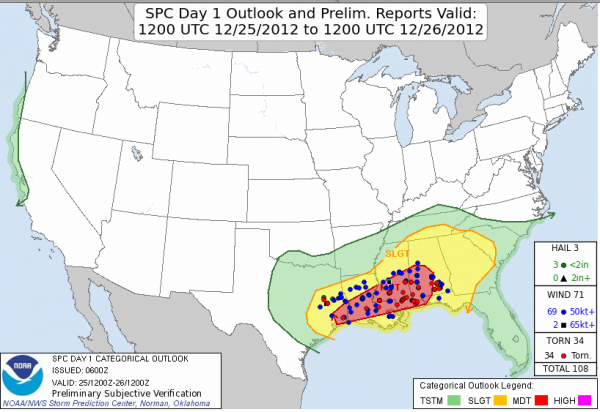 Storm reports (dots) and categorical outlook across the Southeast. The forecast was great! Image Credit: NOAA/SPC

Winter aspect of the storm

Across the central and northeastern portions of the United States, cold air and a lot of moisture brought upon plenty of snowfall totals for many people on Christmas Day and on December 26-27. Freezing rain and sleet was a major problem that made roads slick and transportation come to a halt in parts of Arkansas, Maryland, Pennsylvania, Virginia, and West Virgina. By December 27, snowfall had covered nearly 65% of the country, a drastic difference from the year before with only 24.3% of the country covered in snow. Take a look at some of the impressive snowfall totals across the country: 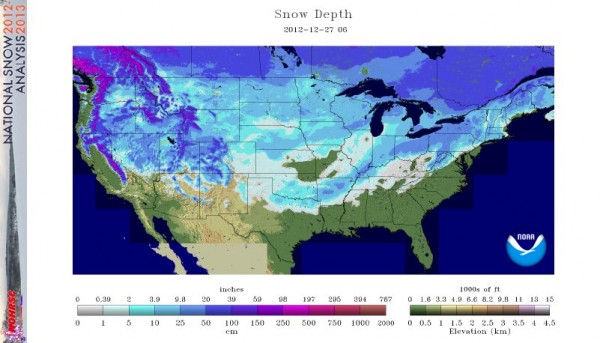 Bottom line: The 2012 Christmas storm will go down as having the most tornadoes to ever occur on Christmas Day, smashing the record of 12 tornadoes recorded back in 1969. Fortunately, the death toll was low for such an active event, and a lot of credit has to go to the National Weather Service offices that were up for many hours on Christmas Day to provide warnings and advisories for those in harms way. The forecast was generally dead on, except there was a little confusion on how far north the severe weather would impact the Southeast. Fortunately, cold air damming prevented storms from becoming out of hand across northern Alabama and Georgia. Overall, this storm was quite impressive and hints that the 2012-2013 winter will be nothing like the 2011-2012 season, where very little snow fell across the contiguous United States. Huge shout out goes to all of the local NWS offices for providing such an important service to our community. Their hard work truly saved lives on Christmas Day.