A rare tornado struck parts of western North Carolina on January 11, 2012. Damage and injuries were reported, but no one was killed. 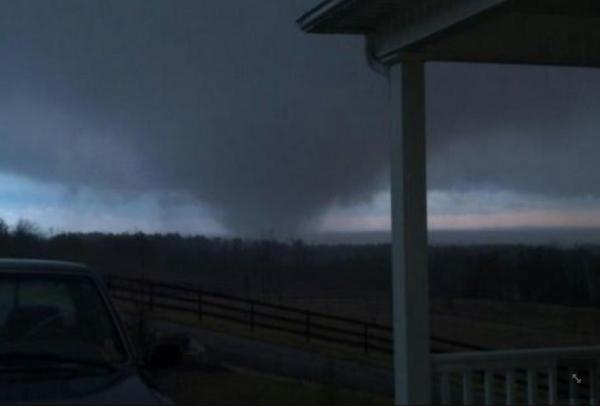 It was not an ice storm that caused damage in parts of North Carolina yesterday (January 11, 2012). In fact, it was not heavy snow or strong winds from a cold front pushing east. Instead, it was an extremely rare tornado the formed ahead of deepening area of low pressure. The apparent tornado struck parts of Rutherford and Burke County in North Carolina. At least ten injuries were reported from this tornado, but fortunately, no one was seriously injured or killed. The National Weather Service will survey the damage this afternoon to determine the rating of the tornado that pushed through these areas.

A tornado developed from a surface low pushing to the northeast. It is part of the very same system that will finally end the “spring-like” weather across a large portion of the United States. Warm, moist air from the Gulf of Mexico spread to the north ahead of the low pressure system. Meanwhile, the upper level low created enough wind shear and spin to the atmosphere to help develop a tornado Wednesday afternoon. It is extremely rare to see tornadoes in the month of January for parts of western North Carolina.

According to Dr. Greg Forbes from the Weather Channel,

In fact, when I looked over the data provided by the National Climatic Data Center, almost all of the tornadoes that occurred in these counties were in the month of May. 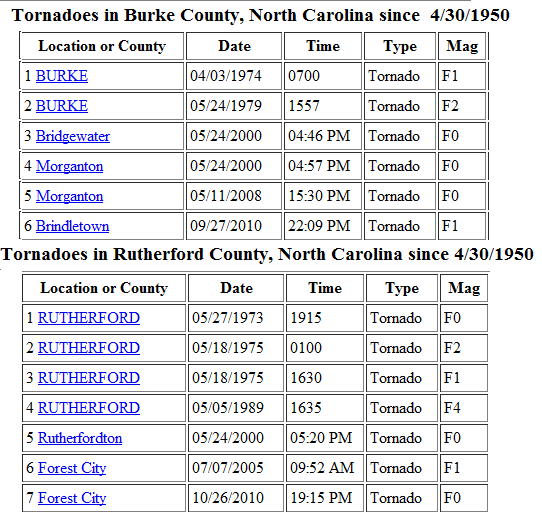 Radar image showing the possible tornado in Burke County, North Carolina. Image on the left shows the reflectivity, while the image on the right shows the velocity image.

The tornado hit an area near Ellenboro on Piney Mountain Church Road and Dycus Road in Rutherford County. There were reports of homes blown off their foundations and people being trapped in the debris. At least 30 homes were damaged and nearly 1,000 residents were out of power. Schools in Burke County, North Carolina have delayed classes this morning by two hours. Emergency crews have set up at the Ellenboro Fire Department and there is also a shelter set up at Salem United Methodist Church. In Burke County, the cities of Icard and Hildebrand were hit hardest. Some homes were reported to be destroyed, and many residents were urged to go to George Hildebrand Elementary School if they needed shelter in the overnight hours. 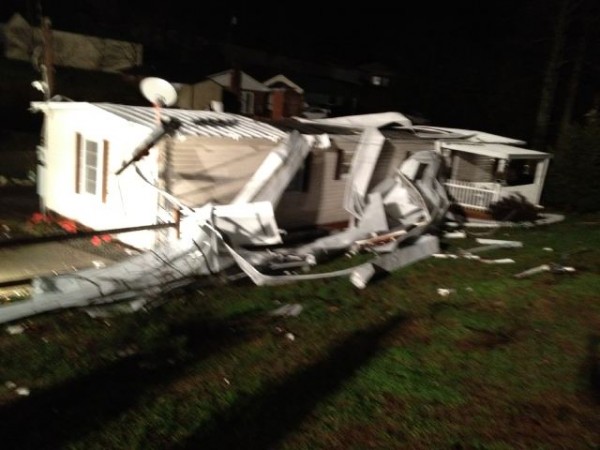 Bottom line: A strong area of low pressure created a tornado that pushed through Burke and Rutherford counties in North Carolina. This is the first time a tornado has hit these areas in the month of January, making it extremely rare. Dozens of people were reported hurt, but fortunately, there have not been any casualties. The National Weather Service will survey the damage on January 12, 2012 to determine what hit the neighborhood and rate the strength of the tornado.