Satellite imagery captures a rare snowfall in the Atacama Desert of Chile, one of the driest places on Earth.

New images show an extremely rare snowfall on South America’s Atacama Desert, one of the driest places on Earth. The Moderate-Resolution Imaging Spectroradiometer (MODIS) on the Terra satellite took these pictures on July 7, 2011. According to BBC News, a cold front dumped up to 31.5 inches (80 centimeters) of snow on the desert.

The top image provides a photo-like, natural color view of the snow. A few clouds hang over the white desert, marring the view slightly. The lower image, which includes both visible and infrared light, helps distinguish between snow and clouds. Snow is dark red, while clouds are lighter shades of orange and white. 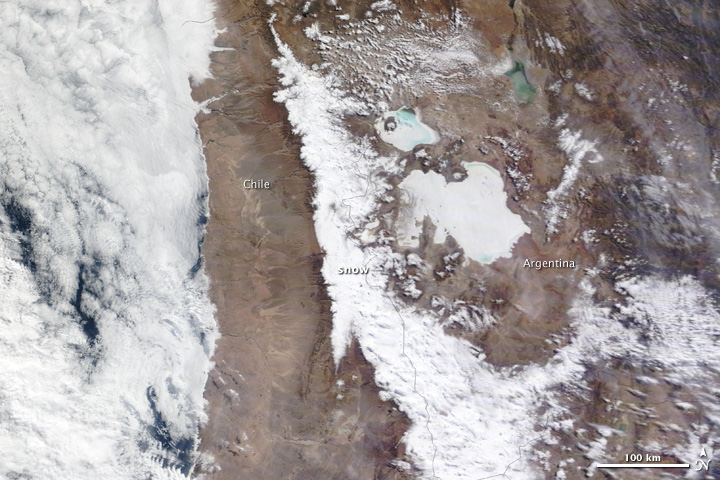 Visible- and infrared-light image of the snowfall. Image Credit: NASA/MODIS