A Hong Kong conservation group has set up a DNA bank for the rare Chinese white dolphin.

In a bid to save the dwindling population of the rare Chinese white dolphin, the Ocean Park Conservation Foundation Hong Kong announced on January 14 that it has joined hands with a Chinese university to set up a DNA bank, which will also spearhead a genetic research project.

A DNA bank is a repository of DNA. The group plans to use the dolphin DNA to help save the mammal, which is facing a sharp population decline.

There are about 2,500 Chinese white dolphins – also known as the pink dolphin – in the Pearl River Delta region, the body of water between Macau and Hong Kong, with the majority of the mammals in Chinese waters and the rest in Hong Kong.

But experts say their number has dropped significantly in the past few years due to overfishing, an increase in maritime traffic, water pollution, habitat loss and coastal development. 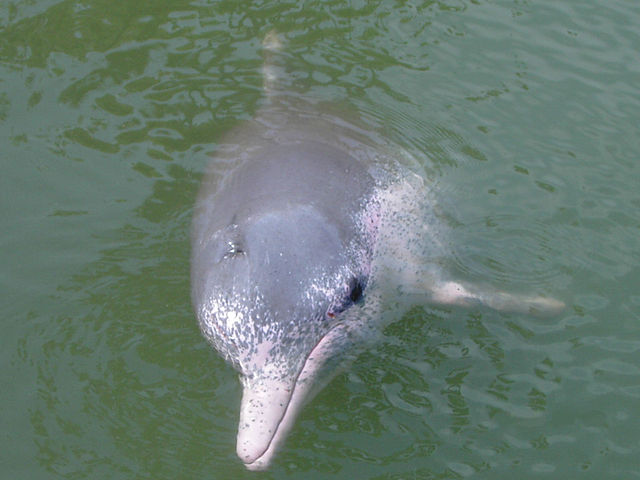 Judy Chen, the foundation chairwoman said in a statement:

The biological samples of these dolphins will be sent to the DNA bank to investigate the environmental impacts on the mammal, the statement said.

The Chinese white dolphins, a sub-species of the Indo-Pacific humpback dolphins, are unique for their pink skin. They are listed as “near threatened” by the International Union for Conservation of Nature.

The mammal was the official mascot at the handover ceremony when the former British colony returned to Chinese rule in 1997, while dolphin watching is a favourite tourist attraction in Hong Kong.

Its population in Hong Kong has dropped from an estimated 158 in 2003 to only 75 in 2010, according to the Hong Kong Dolphin Conservation Society.

Bottom line: In a bid to save the dwindling population of the rare Chinese white dolphin, a Hong Kong conservation group announced on January 14 that it has set up a DNA bank, which will also spearhead a genetic research project.