Looking for a pristine landscape? Sorry …

If you’re hoping to escape civilization and head into an unaltered wilderness, you might be surprised to learn it no longer exists on Earth, a study says. 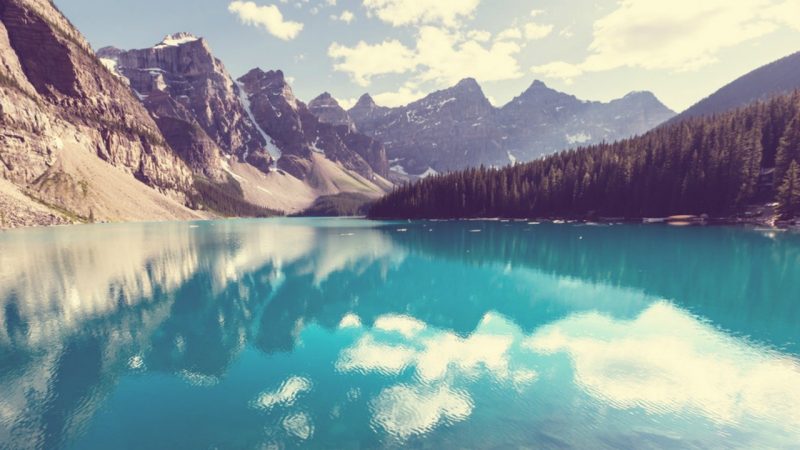 By James Dyke, University of Southampton

What is natural? What is artificial? It is often assumed that natural is better than artificial. Getting back to nature is something we should aspire to, with kids in particular not spending enough time in nature. But if you want to escape civilization and head into the unaltered wilderness you may be in for a shock: it doesn’t exist.

New research now suggests that there are practically no areas that have escaped human impacts. But not only that, such impacts happened many thousands of years earlier than is usually appreciated. In fact, you’d have to travel back more than 10,000 years to find the last point when most of the Earth’s landscapes were unaffected by humans.

The study, published in the Proceedings of the National Academies of Sciences and led by Nicole Boivin of the University of Oxford, catalogued changes in the abundance and diversity of plants and animals at the same time as human societies and technologies spread across the globe.

There is good fossil evidence for modern humans – Homo sapiens – being present in East Africa as far back as 195,000 years ago. Some 180,000 years later, humans were found on every continent except Antarctica. Over this period there were a series of collapses in biodiversity, with particular instances of extinctions of megafauna, non-domesticated land animals weighing more than 44kg.

Between 50,000 to 10,000 years ago, at least 101 of the 150 groups of megafauna species became extinct. There is much debate as to whether the disappearance of megafauna such as mammoths or mastodons was a direct result of human hunting, or a response to other factors. Correlation does not necessarily lead to causation: so evidence that large number of species disappeared from some regions around the same time as humans appearing could be due to a common factor such as changes in climate as the glaciers of the last ice age retreated.

Boivin’s study doesn’t produce a smoking gun that proves humans were responsible for such extinctions. Rather it uses traditional and new archaeological techniques to produce flint axes, plant pollen and burnt forest remains as evidence of the impacts humans had.

Extinction grabs our attention, but the data the international team has assembled tells a story of rapid change in not just the total number of species around the time that humans appear, but also the numbers of individual plants and animals in these ecosystems. Hunting and land clearing are the two main culprits in the oldest period they study – the Late Paleolithic (ending 10,000 years ago).

The study maps the spread of crops like wheat (A, in red) and livestock (Cattle, in blue) against the spread of human civilization. Image via Boivin et al / PNAS

After that, impacts shift up a gear with the development and rapid spread of agriculture. By this time roving bands of hunter gatherers begin to settle and plant crops and herd cattle. Today, we are used to looking out of an aircraft window to see broad expanses of intensively farmed monoculture crops. This trend began with the very first farmers who replaced diverse habitats with a small number of cultivated plants that in time would spread across the Earth, replacing whatever ecosystems they encountered.

The development of agriculture also included the domestication of animals, a few of which have expanded their ranges along with humans. Domestication of chickens happened some 10,000 years ago in East Asia. Earth is now home to over 20 billion chickens, making it the most abundant bird species by some margin. The vast majority of the mass of land animals is now made up of humans and their domesticated species of cattle, pigs, sheep, goats and chickens.

When you include the accidental introduction of animals such as rats and invasive plant species, human agriculture meant profound alteration or sometimes complete replacement of indigenous ecosystems. The starkest examples of such changes are to be found on islands which often have high numbers of species that are not found anywhere else. Some examples are documented in more recent human history – the 17th-century extinction of the flightless dodo from the island of Mauritius being the most famous.

As well as detailing some of the havoc that humans have wrought on the biosphere, the researchers also highlight some positive interactions humans had. For example, the long presence of prehistoric societies that flourished within the Amazon basin show that careful stewardship of ecological resources – in that instance the cultivation of rich productive soils – can enhance ecosystems and provide sustainable livelihoods.

This is perhaps the most important lesson gained from the study. If we are to feed and care for the nine billion people that will be living on Earth by the middle of this century, then we need a more subtle and complex understanding of nature and sustainability.

The industrial age we now live in has taken human impacts to a planetary scale. We are changing the global climate and some argue that we have become a geological force. We can neither get back to nature nor continue as we are.

The state of nature – the situation of humans before the formation of societies – is a well used thought experiment in philosophy. It asks us to consider how societies and governments arise. What makes a good society? What is the moral basis of taxation?

An ecological state of nature – the biosphere as it was before human interference – is sometimes used in a very limited way when managing contemporary ecosystems. The assumption can be that we should simply strive to revert them back to their natural state. But can we say what that state is? Alternatively, it could be used to pose both philosophical and practical questions. What sort of Earth system do humans want to live on? What is the role of other species in human well-being? What is the moral status of non-human animals?

Research that probes our ancient interactions with the rest of life on Earth can help us address such questions and so understand our current predicament. It remains to be seen whether Homo sapiens – which let’s remember is Latin for wise person – have the intelligence to learn from past mistakes and forge a sustainable future on Earth.