Powerful earthquakes in Japan and Ecuador 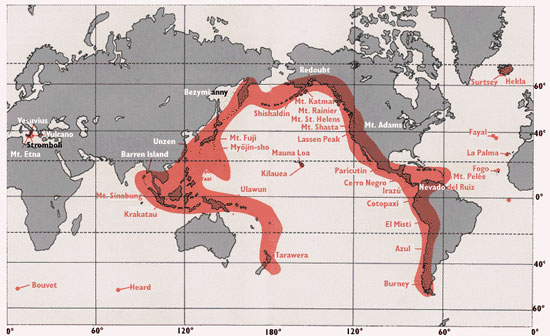 The earthquakes in Japan and Ecuador this weekend occurred along the Ring of Fire, a long chain of volcanoes and other tectonically active structures surrounding the Pacific. Image via U.S. Geological Survey.

Two powerful earthquakes rocked separate nations on Earth this weekend, causing deaths and much destruction. A magnitude 7.0 earthquake struck north of the city of Kumamoto, on the island of Kyushu in southwest Japan on April 15, 2016. On April 16, a 7.8-magnitude earthquake struck offshore of the west coast of northern Ecuador, near the coastal town of Muisne. Although the earthquakes took place across the Pacific from one another, both large earthquakes took place along what is known as the Ring of Fire, a region of tectonic activity encircling the Pacific.

Read more about the Ring of Fire. 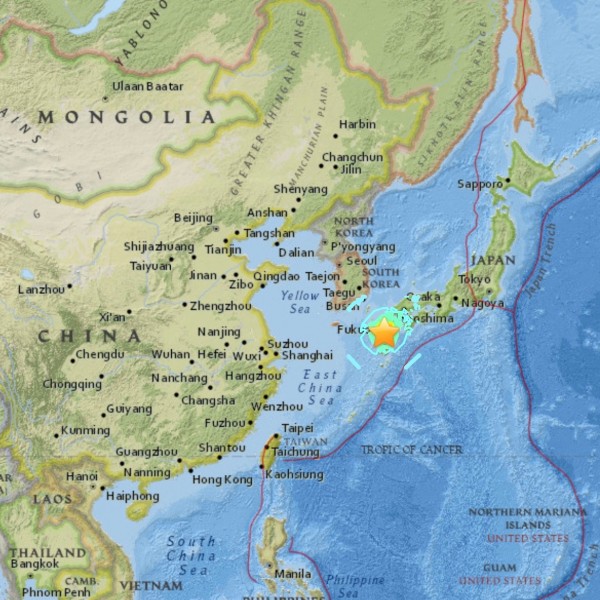 Japan has been rocked by a series of shallow earthquakes in recent days. The April 15, 2016, 7.0-magnitude event took place one day after a series of foreshocks in the same region, which included 6.2-magnitude and 6.0-magnitude earthquakes. All of these quakes occurred near the southern Japanese city of Kumamoto.

At least 32 people are reported to have died, and about two dozen people were known to be still buried beneath rubble, according to Kumamoto Prefecture’s disaster management office early Sunday. At least 800 people are injured. Rescue efforts were hindered by heavy rains were expected through Sunday. Evacuation centers were reported to be crowded with nervous residents.

A tsunami warning was issued, and lifted some 50 minutes later.

Read more about the earthquake in Japan from USGS

Read more about the earthquake in Japan from the BBC

Read more about the earthquake in Japan from CNN 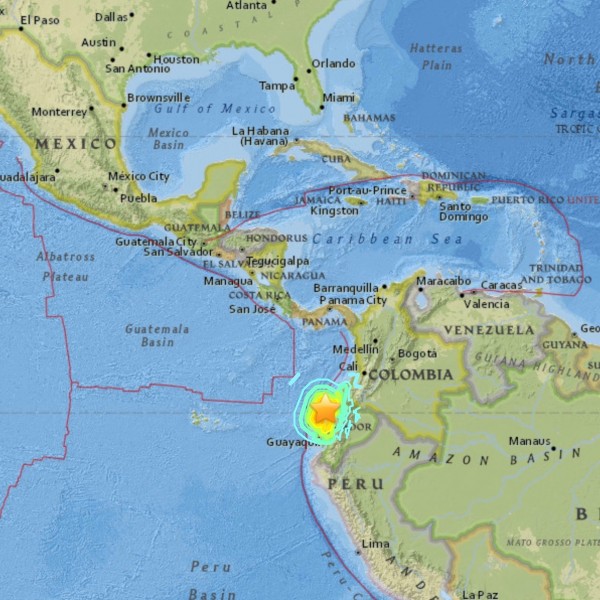 The earthquake in Ecuador is that country’s largest since 1979. It hit at in early evening on Saturday (23:58 UTC) near the coastal town of Muisne.

Ecuador’s Vice-President Jorge Glas told the BBC that at least 77 people had died and more than 500 were known to be injured by the quake. The BBC also said:

Widespread severe damage is reported, with a bridge destroyed as far south as Guayaquil about 300km (190 miles) away.

Read more about the earthquake in Ecuador from UGSS.

Read more about the earthquake in Ecuador from the BBC.