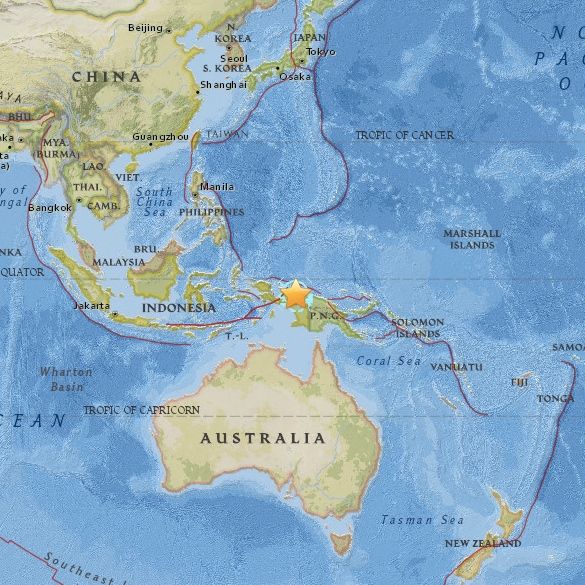 The U.S. Geological Society reported a powerful 7.0-magnitude earthquake that rocked remote eastern Indonesia in the early morning hours today (July 28, 2015). The quake, which struck in a mountainous area of Papua in the early hours, damaged several buildings and is reported to have killed a teenage boy who he fell into a river while fishing beside it, as the quake struck.

Today’s quake occurred inland, and no tsunami warning was issued.

In 2004, a much more powerful undersea 9.1-magnitude earthquake – third-largest earthquake ever recorded with a seismograph – triggered a tsunami that killed more than 170,000 people in Indonesia plus tens of thousands more in other countries with coasts on the Indian Ocean.

The earthquake took place along the Pacific Ocean’s so-called ring of fire. Another powerful ring of fire earthquake – a 6.9-magnitude quake in the Aleutian Islands of Alaska – happened yesterday.

The quake was felt very strongly for four seconds.

Residents panicked and rushed out of their homes.

USGS reports details of the quake as follows: