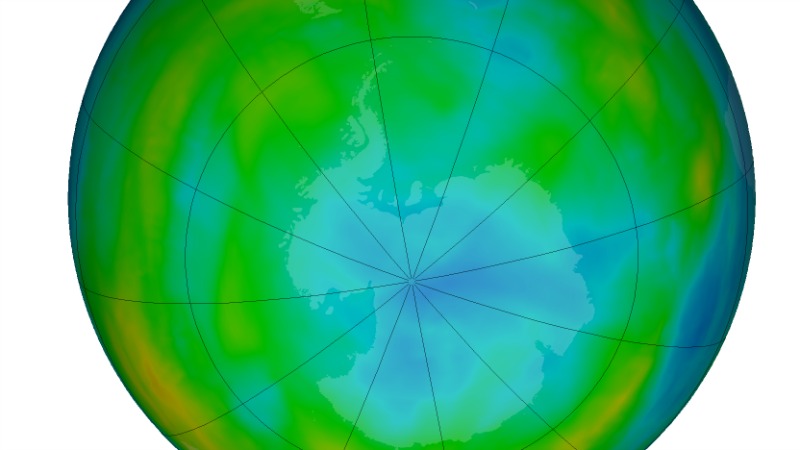 New research, published in the journal Nature Communications on June 27, 2017, suggests that a previously ignored chemical – called dichloromethane – might be contributing to ozone depletion.

Dichloromethane is a chlorine-based industrial solvent and paint stripper whose concentrations have been rising rapidly in the atmosphere over the past decade. 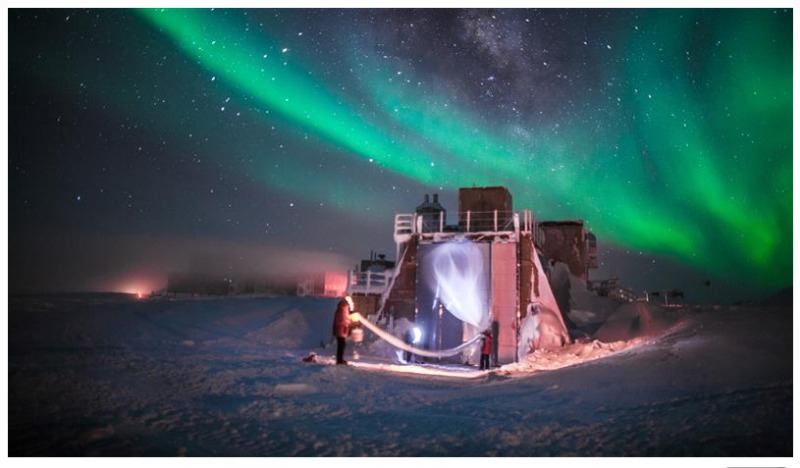 A balloon designed to measure the ozone layer’s thickness is readied for launch in the South Pole. Image via NOAA.

The ozone layer is essentially, sunscreen for Earth. More than 20 miles (32.2 km) above sea level, the diaphanous layer of ozone surrounds our planet, absorbing energetic UV rays from the sun. Without the ozone layer, we would be bathed in dangerous radiation on a daily basis, with side effects ranging from cataracts to cancer.

But in the 1980s, certain long-lived chemicals in the atmosphere, such as chlorofluorocarbons (CFCs), had led to depletion of the stratospheric ozone layer, most drastically exhibited in the ozone hole over Antarctica.

After introduction of the UN Montreal Protocol in 1987, which regulated emissions of ozone-depleting substances, stratospheric ozone began to recover and is projected to return to pre-1980 levels in the second-half of this century.

However, according to the new study, atmospheric concentrations of dichloromethane — a short-lived, ozone-depleting substance not regulated by the Montreal Protocol — have risen in recent years and could be contributing to ozone loss.

The rapid increase in dichloromethane was revealed by long-term NOAA atmospheric measurements at sites across the globe. Scientists ran computer model simulations to determine the impact of the dichloromethane increase on the ozone layer to date, and how that impact could change in the future.

Dichloromethane is a man-made ozone-depleting chemical that has a range of industrial applications. Unlike CFCs and similar long-lived gases that are responsible for most ozone depletion, dichloromethane has a short atmospheric lifetime so has not been controlled by the Montreal Protocol. Despite this, increased production has led to a rapid increase in its atmospheric concentration over the past decade.

While ozone depletion from dichloromethane is currently quite modest, it is uncertain how the amount of this gas in the atmosphere will change in the future. Our results show that continued sustained growth in its concentration could substantially delay recovery of the ozone layer, offsetting some of the future benefits of the Montreal Protocol.

The increases observed for dichloromethane from our measurements are striking and unexpected; concentrations had been decreasing slowly in the late 1990s, but since the early 2000s have increased by about a factor of two at sites throughout the globe.

It is uncertain what is driving this growth. However, it could be related to increased use of this chemical as a solvent in place of other long-lived chemicals (e.g. CFCs and HCFCs) that have been phased out, or from use as feedstock in the production of other chemicals.

Bottom line: A new study reports that recent increases in an unregulated ozone-depleting substance could delay recovery of Antarctic ozone levels by 5–30 years.

Read more from University of Lancaster