Hunting used to be the biggest threat to polar bear survival. Not anymore. 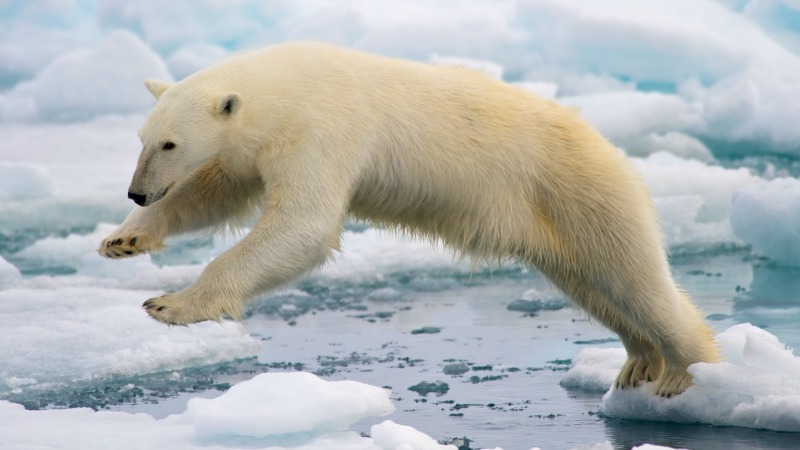 Prior to the 1970s, hunting decimated polar bear populations across the Arctic. The international community has made strides in protecting the iconic species from over-harvesting through conservation agreements, which have helped the species start to recover. However, a review paper published in Polar Research in July, 2016 suggests that the road to recovery is far from over, as ice loss now replaces poaching as the most pressing threat to polar bear survival in the Barents Sea area, north of Norway and Russia.

The paper, written by Magnus Anderson and Jon Aars, of the Norwegian Polar Institute, comprehensively covers the history of polar bear population changes over the course of 100 years. By examining historical documents and current scientific studies, the authors find that ice loss, in conjunction with human encroachment on habitat and pollution, have replaced hunting as the largest threat to polar bear populations in the Barents Sea area.

Somewhere between 100 and 900 polar bears were poached each year between 1870 to 1970 in Greenland and the Barents Sea region. Arctic countries then came together to protect the species as the bears were pushed toward the brink of extinction. In 1973, the Agreement on the Conservation of Polar Bears was facilitated by the International Union for Conservation of Nature and signed by five countries, marking an important step in the conservation of the polar bear and Arctic ecosystem. With the additional support of Russia’s and Norway’s polar bear hunting bans, enacted in 1956 and 1973, respectively, the Barents Sea polar bear’s outlook became more promising. 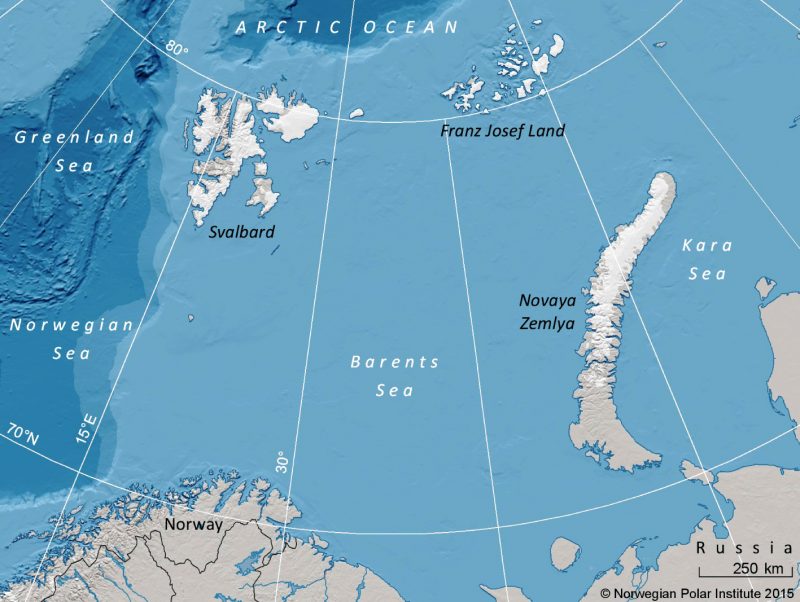 In Svalbard, a glacier-rich archipelago north of the Norwegian mainland, polar bear populations doubled in the decade following the conservation agreement. There were approximately 2,000 bears in the region as of 1980. While population recovery occurred, it happened slower than anticipated by the scientific community.

The Intergovernmental Panel on Climate Change (IPCC) mentioned the impacts of climate change on sea-ice cover for the first time in its third assessment in 2001. The inclusion of ice loss in the report shed light on a potential new threat to polar bear populations, which depend on the Arctic ice for their way of life. It also offered an explanation for the slow recovery of the species following the Russian and Norwegian poaching bans.

According to current assessments, the polar bear habitat in the Barents Sea will substantially decrease over the next few decades due to ice loss and glacier retreat, as a consequence of anthropogenic climate change. Polar bear populations are expected to decline accordingly. 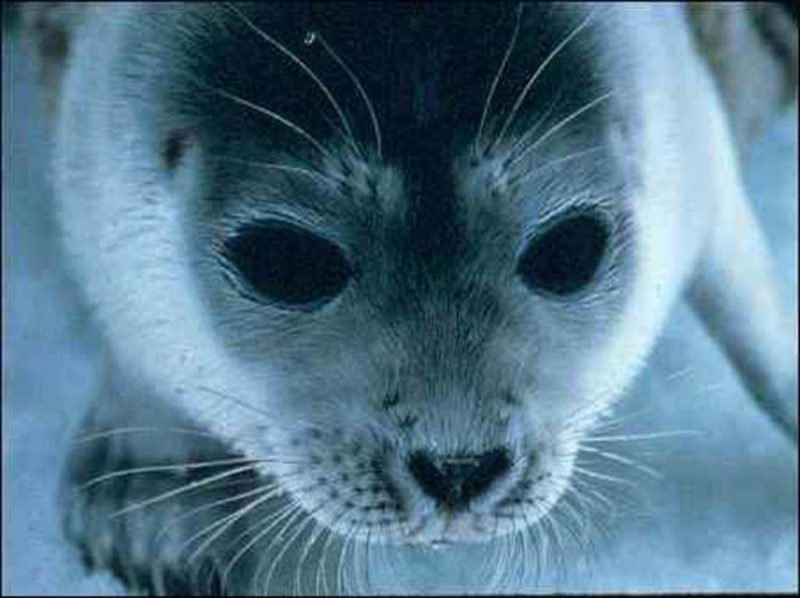 The Polar Research study states that the main reason for the loss of polar bear populations will be the loss of an ice “platform” needed to hunt for prey — ringed, bearded, and harp seals. As the ice melts, polar bears lose their hunting grounds and must travel greater distances under more treacherous conditions in order to find food. Anderson and Aars cite prior studies conducted by Carla Freitas, Ian Stirling, and others which have tracked trends in polar bear movement with GPS collars and have found that the thickness and persistence of ice significantly affects the location of polar bears and their hunting grounds.

In addition to impacting the species’ hunting ability, ice is critical for breeding, traveling, and denning. A loss of habitat means fewer travel routes for males to find females during the breeding season and a drop in breeding rates across the Arctic. According to the authors’ research, when females have to give birth and raise their cubs, they are hard-pressed to find suitable denning and birthing areas. In the fall, the ice and snow begins to accumulate progressively later in the year due to higher temperatures, making it difficult for females to find the solid ice on which they prefer to give birth. In the spring, the sea ice, which creates a safe den for polar bear cubs, retreats earlier in the season and faster, putting the babies and their mothers at risk. 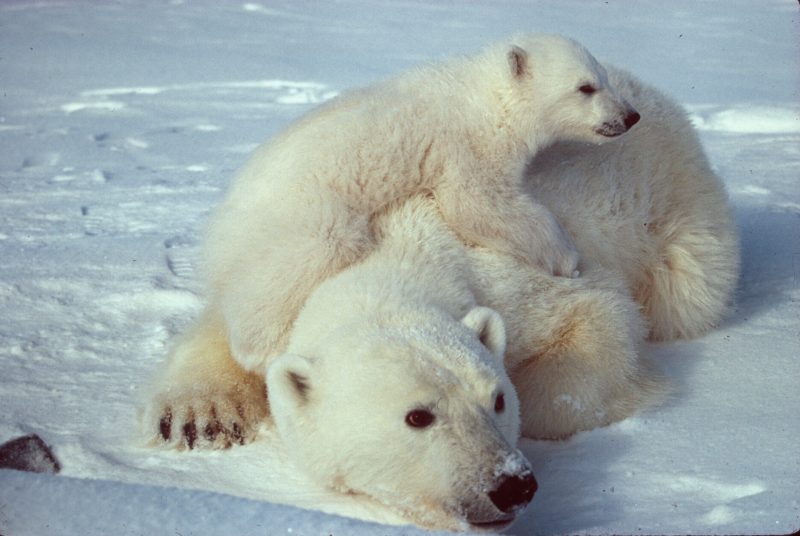 Mother with her cub. Image via Scott Schliebe / US Fish and Wildlife Service.

The report cites research showing the late arrival and early retreat of ice has impacted both mother and cub body size, health, and survival rates.
Pollution and human disturbance are two other stressors negatively impacting polar bear populations. When these threats are combined with ice loss, the cumulative impact can be deadly. For example, human presence in polar bear habitat, combined with diminished ice, can lead to less effective hunting, malnutrition, and higher mortality rates. And when endocrine-disrupting pollutants are combined with the impacts of climate change, it causes the “worst case combination for arctic marine mammals and birds,” according to the study.

While the threat of poaching has diminished substantially following international agreements and conservation efforts, polar bears continue to face equally serious, but different risks. The report concludes that in order to protect the polar bear, an iconic species that contributes to overall Arctic health, there is a need for new agreements comprehensive management strategies to address the impacts of ice loss, pollution, and human disturbance in the Arctic.

Bottom line: According to a July 12, 2016 paper in Polar Research, ice loss has surpassed hunting as the biggest threat to polar bear survival.