Ground-breaking data on a negative effect on oysters from microplastics, which enter our oceans via cosmetics, clothing, and industrial processes. 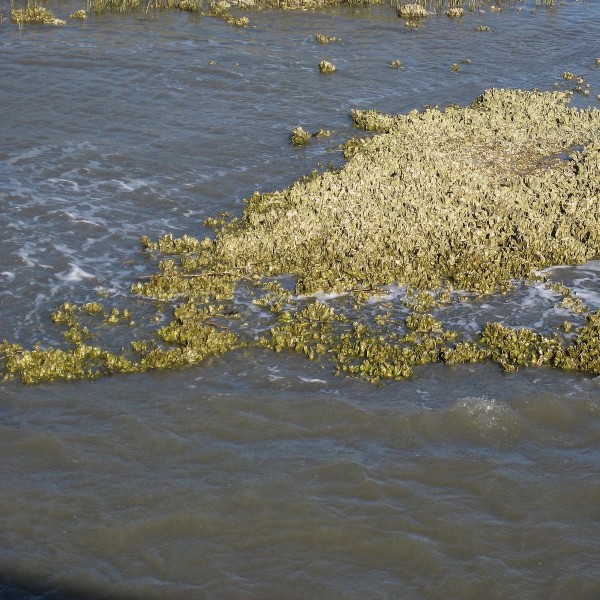 When waste plastics – like polystyrene – find their way into bodies of water, they degrade into microscopic particles known as microplastics. These tiny particles range from about 2-6 micrometers in width, which is up to about 0.0002 inch, or less than a fifth of the width of a human hair. Industrial processes, clothing and waste plastic, and cosmetics in sewer water all contribute to a massive influx of the plastic particles into lakes and oceans. A particular concern is whether filter feeding aquatic life – such as as clams, oysters, barnacles, corals, sea squirts, and sponges – will be harmed from ingesting these plastics. Few studies have shown a direct effects on marine animals, but now a new study, published in the Proceedings of the National Academy of Sciences, does find a negative impact from plastics on the reproductive health of oysters.

Rossana Sussarellu and colleagues from France and Belgium performed some simple yet effective experiments to the role of plastics on the eating and reproductive behavior of these filter feeders.

The experiments consisted of raising oysters in the lab with simulated ocean water, with and without microplastics.

One finding was that the oysters exposed to the plastics ate more microalgae than the control group. The authors speculate that this was to compensate for the negative impact plastics had on energy uptake by the oysters. Essentially, they had to eat more to get the same amount of energy.

There was also a shift in how oysters spent their energy uptake, shifting it away from reproductive development to structural growth. This was manifest in female oysters producing 38% fewer oocytes (eggs) and male oyster sperm velocity declining 23%. Overall, the production of larvae in oysters exposed to these plastics was 41% lower than the control animals.

Perhaps most troubling about these results is that the lab-grown oysters were only exposed to plastic concentrations of 0.01 milligrams of microplastics per liter of water, which is far lower than the 0.8 to 2,500 milligrams plastic per liter exposure reported in the wild for other marine invertebrates in contaminated waters.

If small amounts of microplastics can have such drastic effects on oyster feeding and reproduction, higher amounts of exposure may seriously harm wild oyster populations.

Bottom line: A lab experiment showed that microscopic plastic particles in ocean water cause feeding changes and reduce the reproductive output of oysters.