Two scientists accidentally discovered pollination in a species of Ephedra is correlated with the full moon. The finding is a first for the plant world. 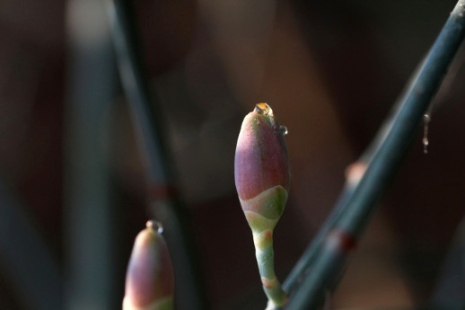 Two researchers from Stockholm University accidentally discovered that pollination in a species of Ephedra – the gymnosperm Ephedra foeminea is correlated with the full moon. The finding is a first for the plant world. No other plant has been found to wait for the full moon to activate pollinators, including Ephedra distachya, a very close relative, which relies on wind to carry its pollen.

The plant is pollinated by nocturnal flies and moths, and these insects may utilize the moon to navigate in the dark. Further, the spectacular reflection of the full moon’s light in the pollination drops glistening at the top of the plant probably attracts the insects to the cones. 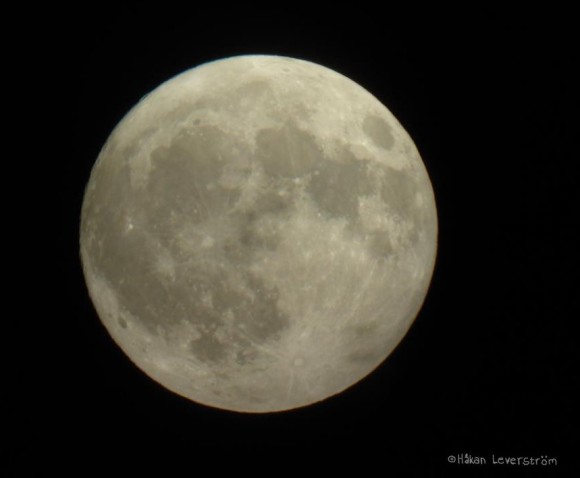 Catarina Rydin and Kristina Bolinder at the Department of Ecology, Environment and Plant Sciences at Stockholm University discovered the unexpected connection. Rydin said:

We accidentally discovered that pollination in the gymnosperm Ephedra foeminea is correlated with the full moon. Such a link has to our knowledge never been demonstrated before.

In their paper published April 1, 2015 in Biology Letters, Catarina Rydin and Kristina Bolinder describe how they came upon their findings nearly by accident and the research they conducted afterwards that backed up their suspicions.

To reproduce, plants produce pollen which is carried (by wind, insects, animals, etc.) to other plants of its kind where it fertilizes seeds. As the research pair note, species of Ephedra are pollinated via both insects and the wind, but only one thus far (Ephedra foeminea) prefers pollination by full moonlight.

The two made this discovery after a fruitless study of the plants in Greece and Croatia, it hit them that the plants might be waiting for more light from the moon— E. foeminea was already known to be pollinated by nocturnal insects, perhaps they had found they had better luck when there was more moonlight.

They returned to the Balkans during the time period when the moon would be full, and found fields that looked like they were full of twinkling diamonds. Intrigued, they returned to Sweden and began studying records of the plant and found a correlation between pollination times for the plants and full moon periods.

E. foeminea, a gymnosperm, produces a clear sugary substance which oozes out of cone-shaped female organs, forming globules. When an insect lands on the globule, it carries with it pollen that sticks to the substance, and eventually the pollen makes its way to a seed at the base of the organ, fertilizing it. The globules, the researchers note, glisten brightly in the full moonlight, attracting insects.

They also acknowledge that they have no idea how it is the plants know when the full moon is going to happen, or react when it actually does happen, though they suggest it might be related to the gravitational impact the moon exerts during that time.

Bottom line: In a paper in the April 1, 2015 journal Biology Letters, two researchers from Stockholm University describe how they accidentally discovered that pollination in a species of Ephedra – the gymnosperm Ephedra foeminea is correlated with the full moon.