Phytoplankton bloom in the North Sea

Ocean phytoplankton are too small to see individually, but a large phytoplankton bloom can be seen from space as a colored patch on the sea surface. 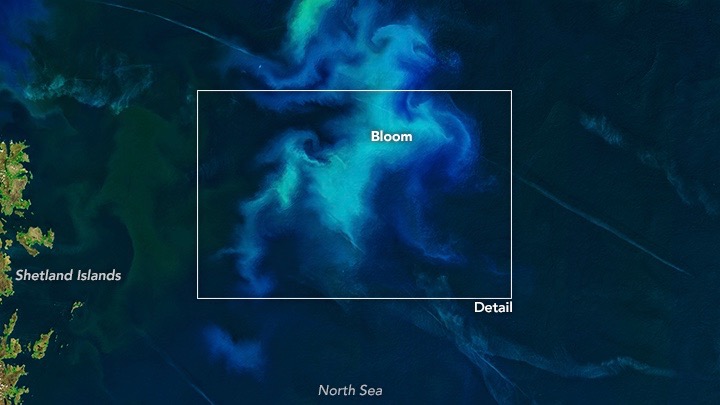 The June solstice is approaching, and days are nearly at their longest in the Northern Hemisphere. In the northern oceans of Earth, phytoplankton – free-floating microscopic, plant-like organisms at the bottom of the ocean food web – are responding to the increase in light. NASA’s Landsat 8 satellite acquired the natural-color image above of a large phytoplankton bloom in the North Sea, east of the Shetland Islands, on June 12, 2016. NASA explained:

Spring blooms are common here, and also in areas of the North Atlantic west of this image. That’s where scientists with the North Atlantic Aerosols and Marine Ecosystems Study (NAAMES) set out earlier this spring to study the largest bloom on the planet.

In large numbers, these tiny organisms are important for the marine food chain and also play a role in local and global climate. 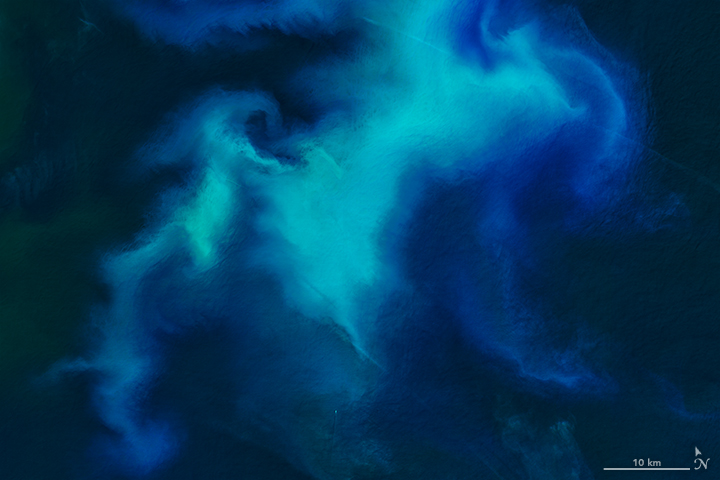 Detail of the image above, via NASA Earth Observatory.