Shelf clouds occur at the leading edge of thunderstorms. A form of arcus cloud (along with wall clouds), these striking formations look like a long bar or shelf of cloud below a storm cloud. Shelf clouds are accompanied by gusts of wind, and often followed by precipitation – rain, hail, or both. 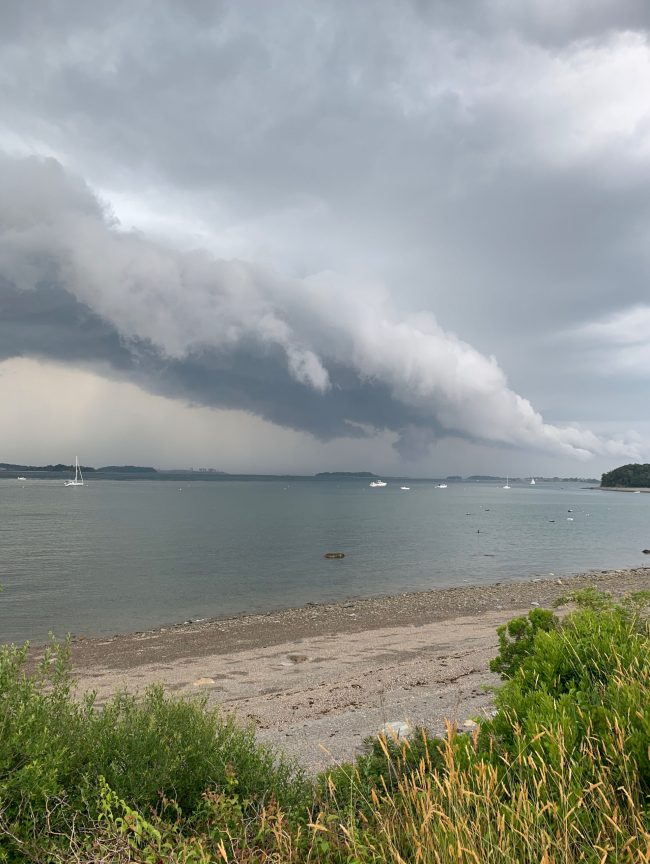 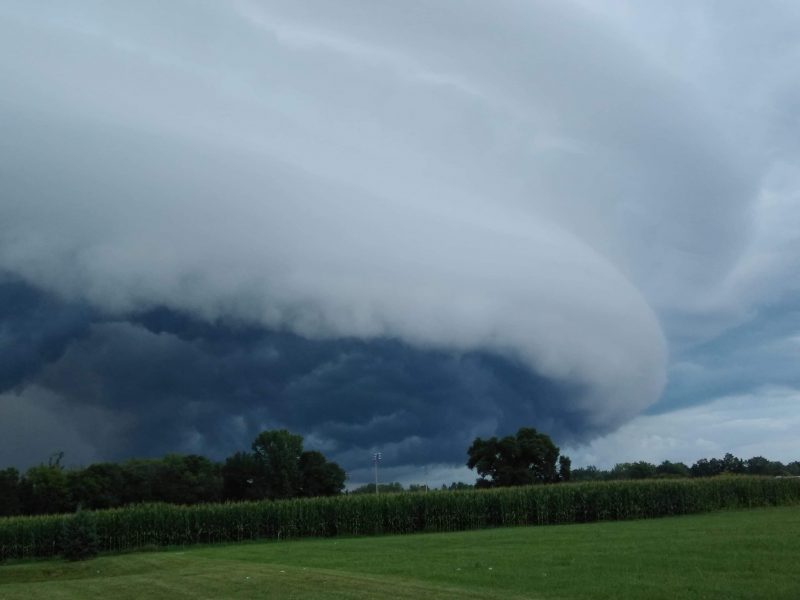 View at EarthSky Community Photos. | Sarah Iler of Birch Run, Michigan, captured this image on August 2, 2020, at 8:39 p.m. She wrote: “Thunderstorms all afternoon and then this shelf cloud formed in the evening. It was amazing.” 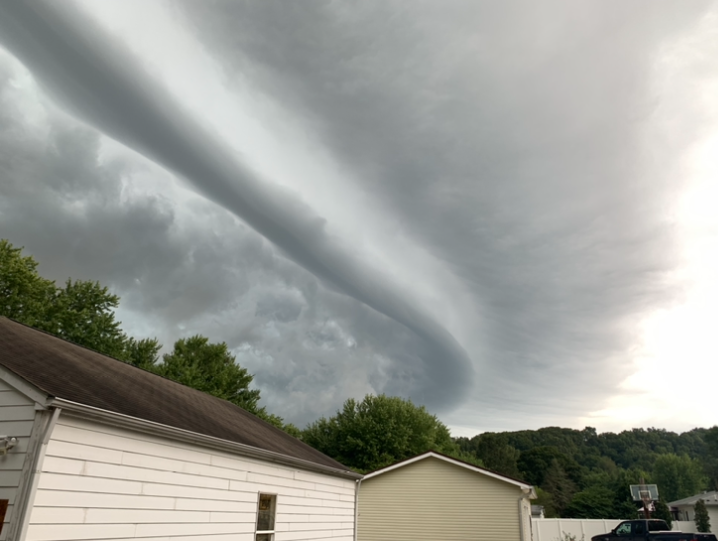 View at EarthSky Community Photos. | Jay Banfield caught this shelf cloud from Centerton, Indiana, at 11:56 a.m. on August 17, 2019. Jay described it as: “Well defined shelf cloud ahead of a 15-20 degree temperature drop.” 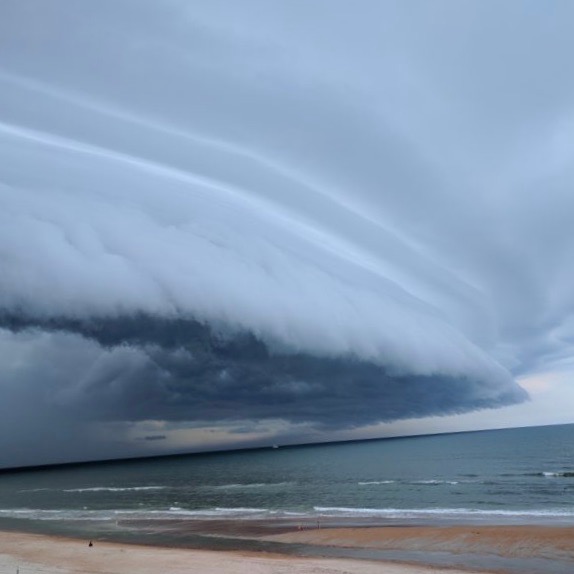 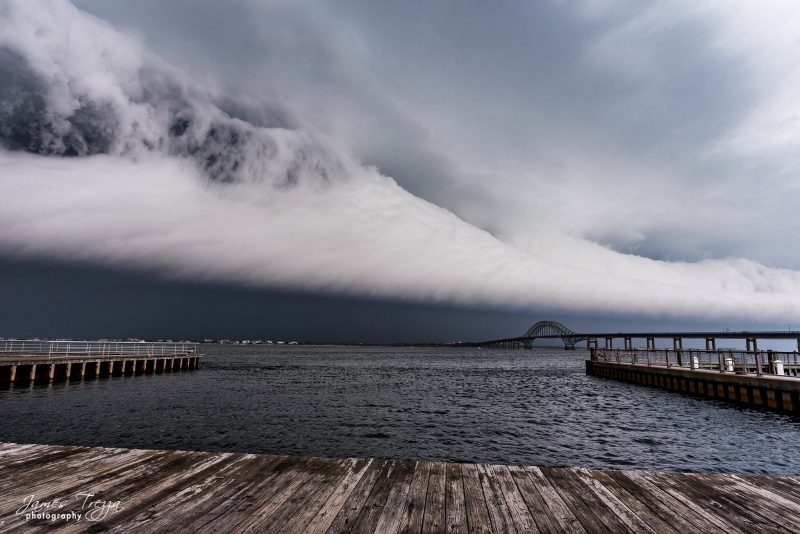 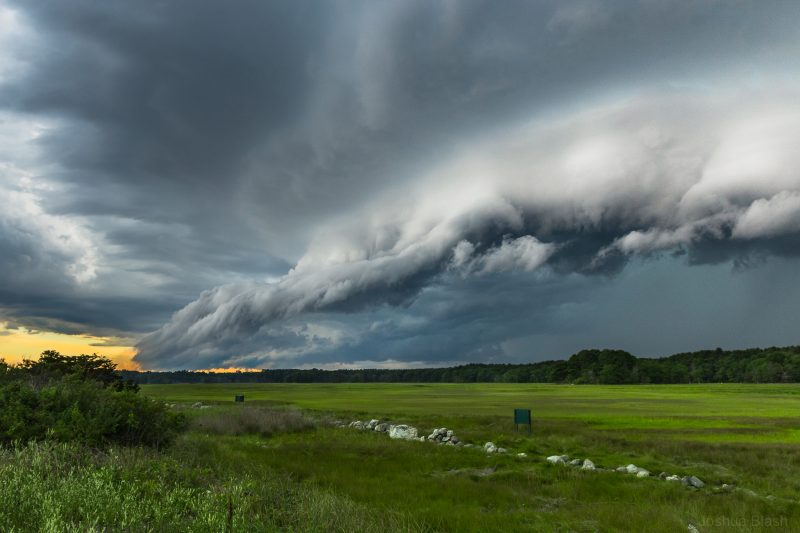 Josh Blash caught this shelf cloud from Rye, New Hampshire, on July 23, 2016. Josh said: “Everything got very still when I took this, just moments before the fury of the storm began.” 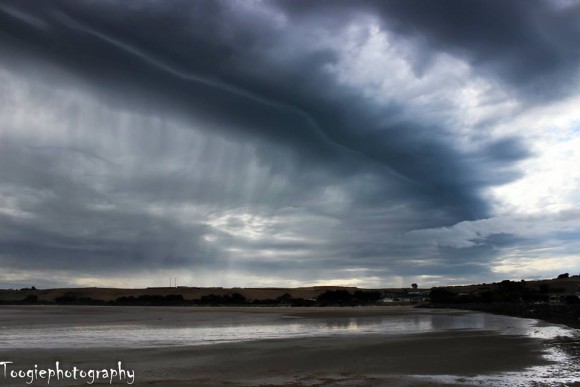 Simon Toogood in Tasmania captured this impressive shelf cloud in 2014. He said: “Stormy weather – and shelf clouds like these – are common at this time of year.”

Bottom line: Photos of stunning examples of shelf clouds, from the EarthSky community.