When lightning struck in the Great Dismal Swamp National Wildlife Refuge on August 4, 2011, it hit land primed for wildfire. A previous fire in 2008 had killed trees and brush, leaving dead fuel in its wake. Grass and brush began to re-grow over the old burn scar, but drought in 2011 dried the plants and soil. So when the lightning struck in early August, it ignited a steadily growing blaze – the Lateral West fire – in southern Virginia. 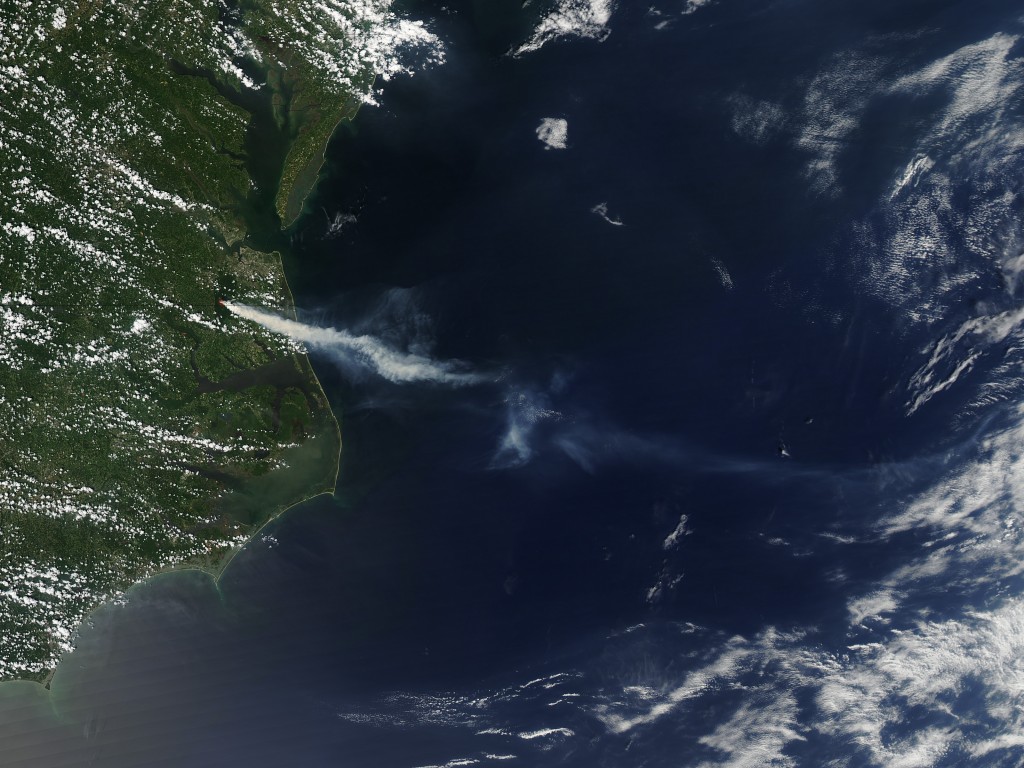 This image, taken by the Moderate Resolution Imaging Spectroradiometer (MODIS) on NASA’s Aqua satellite on August 8, 2011, shows the fire producing dense smoke as it burns in the swamp. In addition to the dry vegetation left by the 2008 fire, the fire is burning pine forest. But the worst of the smoke comes from the burning soil. Extreme heat and unusually dry weather dried the soil, which is made up of partially decomposed plant matter. This peat soil is highly flammable when dry, and it produces thick smoke as it burns. 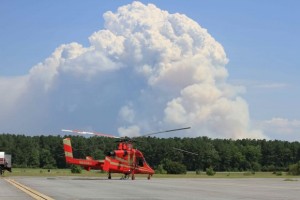 Fine particles and gases in smoke pose a risk to human health. Smoke irritates the eyes and the respiratory system. It can cause bronchitis or even aggravate heart or lung disease.

The Lateral West fire is likely to produce a great deal of smoke over the coming weeks. Peat fires burn deep in the soil, making them very hard to contain. High temperatures, low humidity, and difficult terrain will make this fire even more difficult to manage. Firefighters estimate they will contain the fire by August 31. As of August 9, the Lateral West fire had burned 2,000 acres.

Lake Drummond, northeast of the fire, is in the center of the Great Dismal Swamp National Wildlife Refuge, pictured here in 2010. Image Credit: Rebecca Wynn/USFWS

Bottom line: NASA’s MODIS spectroradiometer aboard the Aqua satellite captured an image on August 8, 2011 of the Lateral West fire, which is burning peat soil and dried vegetation in the Great Dismal Swamp National Wildlife Refuge in southern Virginia.

After 10,000 year absence, wildfires have returned to Arctic tundra