Only 20 Asian carp could establish breeding population in Great Lakes

These prolific fish are already widespread in stretches of the Illinois and Mississippi rivers, where they have severely overwhelmed native aquatic communities.

As few as 20 Asian carp could establish a breeding population in the Great Lakes, causing widespread damage to vulnerable ecosystems, researchers say. These prolific fish are widespread in stretches of the Illinois and Mississippi rivers, where they have severely overwhelmed native aquatic communities. In a paper published in September 2013 in the Biological Invasions Journal, scientists at the University of Waterloo in Ontario, Canada have outlined scenarios for the extent and timescales of Asian carp breeding populations in the Great Lakes.

They based their probability calculations on the number of fish that break through barriers erected to keep them out, the availability of spawning habitat, and environmental conditions that would allow the fish to proliferate. 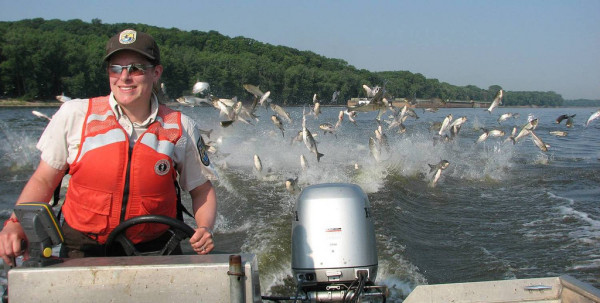 The paper’s lead author, Professor Kim Cuddington at the University of Waterloo, said in a press release:

Although established Asian carp populations including the silver and bighead carp are widely present in the Illinois and Mississippi Rivers, it’s expected that it’s only a matter of time before the population migrates through the many hydrological connections to the Great Lakes. Lake Erie, in particular, provides a highly suitable habitat for the fish with very productive embayments for the fish to find food.

This species will have a huge impact on the food web. Not only is it a fast-growing fish physically, but the population itself grows very quickly. A female can lay well over a million eggs a year, and with no known predators present in the Great Lakes, the Asian carp could dominate the waters and impact fisheries.

Silver and bighead carp are fast-growing prolific fish that outcompete native fish for food, significantly disrupting aquatic ecosystems along stretches of the Illinois and Mississippi rivers. They can weigh as much as 110 pounds. These carp can mature as early as three years of age, measuring 28 inches in length. In the 1970s, bighead and silver carp, along with two other species (grass and black carp) were introduced to control algae in aquaculture ponds. A series of floods, from the mid-1970s to mid-1990s, released captive carp into the wild where they thrived.

The U.S. Army Corp of Engineers was tasked to develop electrical barriers that prevent the spread of these nuisance fish. The barriers, however, are not 100% effective; research continues on how to prevent carp from entering new territory. Individual carp have been found in the Great Lakes, but so far, there haven’t been enough to establish a breeding population. 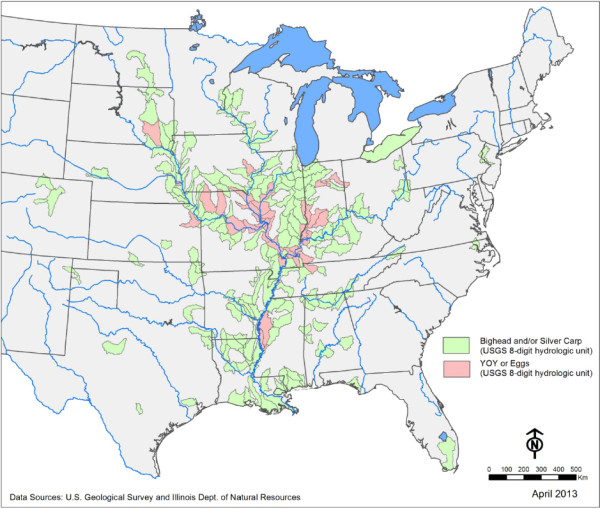 Silver carp pose an additional threat to people. They are easily spooked by boat engines, and react by leaping as much as 10 feet out of the water. As a result, people have been injured by “flying carp.” Despite this hazard, annual fishing tournaments are organized to take on the carp but such manual catches don’t make much of a dent in the carp population.

A video clip by North American Fishing about Asian carp.

Although carp are found in slow-moving waters, they need long stretches of fast currents and turbulence in streams for spawning. That’s because fertilized eggs have to stay adrift during the embryonic development stage; if eggs settle to the stream bottom, the embryos would not survive. The Great Lakes are fed by tributaries that could provide ideal conditions for carp eggs to mature and hatch.

Cuddington and her team believe that even a minimal breach of the electrical barriers would be enough to cause serious problems down the road. They analyzed published data about the carp — existing populations near the Great Lakes, age of sexual maturation, their reproduction, and conditions of spawning streams within lake basins — to determine probabilities for various scenarios leading to an established population of carp in the Great Lakes. For instance, if a small number of sexually mature carp are present in a lake basin but use several tributaries for spawning, there may be too few individuals per tributary for successful spawning. On the other hand, if that same number of carp entered one or a few tributaries, the odds of successful spawning increases. 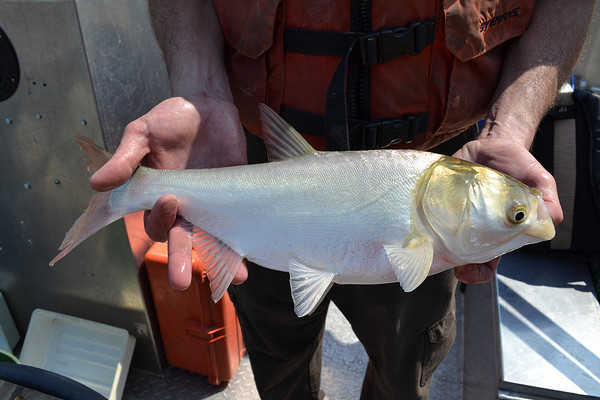 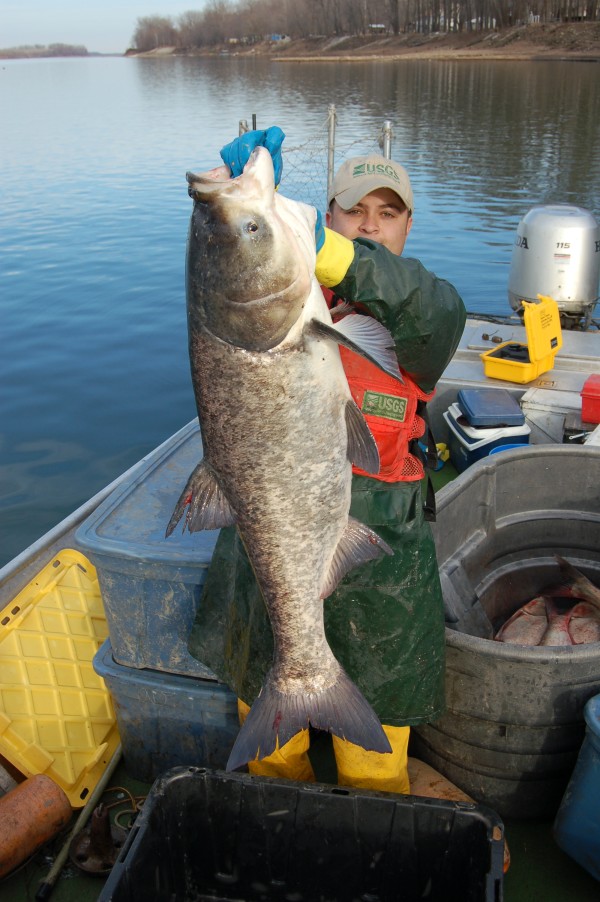 Here are some of the odds the scientists reported in their paper: under certain conditions, the probability of just 10 adult carp establishing a breeding population in the Great Lakes is 50%, but jumps to 75% for 20 fish. If the carp reach sexual maturity around 3 years of age, it could take 20 years for a moderate population to build up, and 40-50 years for a larger population to become established. Cooler waters, on the other hand, would slow the carp maturation age from three to about five years, taking a century for the carp to establish in the Great Lakes.

Bottom line: It’s just a matter of time before Asian carp, a highly invasive fish already causing problems in Mississippi and Illinois river aquatic ecosystems, enter the Great Lakes. In a paper published in Biological Invasions Journal, Professor Kim Cuddington, at the University of Waterloo, and her collaborators report on how this invasion could unfold; there are many variables that control the scenarios for Asian carp to become established in the Great Lakes, such as the size of the founding population, environmental conditions, and the speed of reproduction. Depending on some conditions, there is a 50% probability that just 20 silver or bighead carp, taking anywhere from 20 years to a century, could establish a permanent population, causing severe damage to Great Lakes ecosystems.

Microplastics are a growing concern for the Great Lakes

Look back: How serious is Asian carp threat to Great Lakes? Story from 2011.

State of the lake: Aquatic invasive species at Lake Huron