Octopus Casper could be new species

Scientists found the creature in the deep sea, in the Hawaiian Archipelago. They nicknamed it Casper because of its ghostly appearance, caused by a lack of pigment. 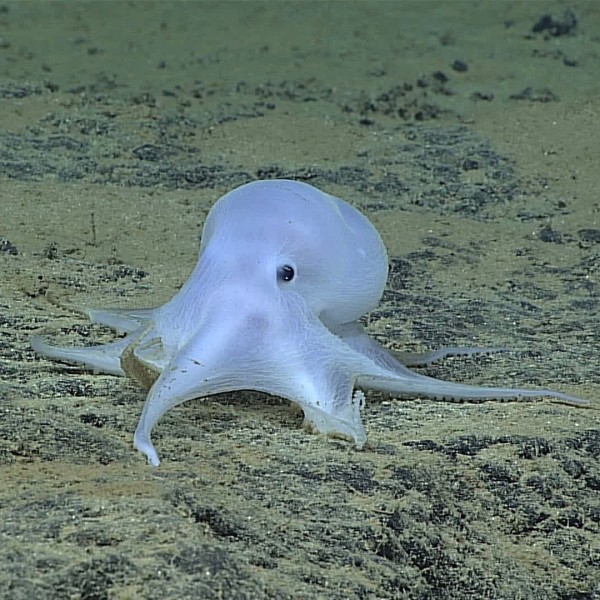 ­Scientists of National Oceanic and Atmospheric Administration (NOAA) say they may have discovered a new species of octopus while on an operational dive in the deep waters of the Hawaiian Archipelago. With the original intent to collect geological samples, the team spotted the small octopus on a flat rock on the ocean floor at approximately 4,290 meters (14,000 feet) below the surface. With its ghostlike appearance, the animal was nicknamed Casper after the friendly cartoon ghost.

It was the first dive of the Okeanos Explorer’s 2016 season, and scientists were exploring the depths northeast of Necker Island (Mokumanamana) in the Hawaiian Archipelago. Their goal had been to obtain information on the possible topographic connection between it and the Necker Ridge, a narrow geological feature about 400 miles (650 km) long.

As the ROV probed a flat area underwater it came across the Casper octopus. 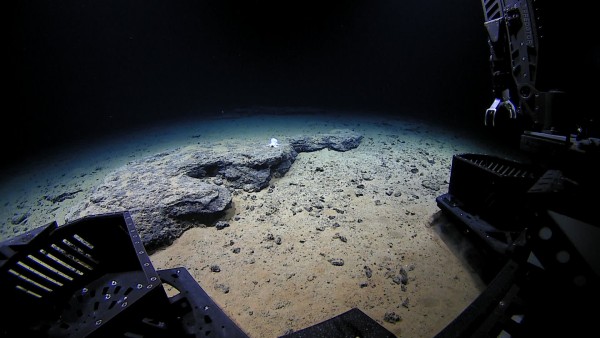 Casper’s unique appearance, environment and anatomy have sparked excitement among scientists, especially since, they say, Casper may be a completely new genus as well. According to the NOAA:

The appearance of this animal was unlike any published records and was the deepest observation ever for this type of cephalopod.

Species of deep-sea octopus are organized into two distinct groups. The first is the cirrate, or finned octopus, characterized by fins on either side of their bodies and fingerlike cirri on the suckers of their tentacles.

The second group is the incirrate octopus, which lack both fins and cirri.

Casper is a member of the second group, the incirrate octopods. An important distinction is that the suckers on its tentacles were in a single row, rather than two on each arm.

This animal was also uniquely unusually as it lacked pigment cells called chromatophores, which aid in camouflage.

Since Casper was found at an unusual depth— a depth not normally associated with octopods of this type – further research must be done. The NOAA is now considering combining this research with other deep incirrate octopod observations conducted by a German cruise in the eastern Pacific for more information on where Casper may fit among other cephalopods.

Bottom line: NOAA scientists may have discovered a new species of octopus during a deep-sea dive, more than 4,000 meters (14,000 feet) down in the Hawaiian Archipelago. In part because it lacks pigment cells called chromatophores that aid most octopi in camouflage, the animal has been nicknamed Casper after Casper the friendly ghost.