A coronal mass ejection, or CME, from the sun caused Earth to experience a geomagnetic storm in the early morning hours of October 1, 2012.

A coronal mass ejection or CME struck Earth’s magnetic field last night (September 30, 2012). According to the website Spaceweather.com, the impact was weak at first, but by the early morning hours of October 1 (according to U.S. clocks), moderately strong geomagnetic storms were underway. They are now subsiding, apparently. EarthSky Facebook friend Colin Chatfield in Saskatoon, Saskatchewan captured the photo below of last night’s aurora, caused by the storm in Earth’s magnetic field. 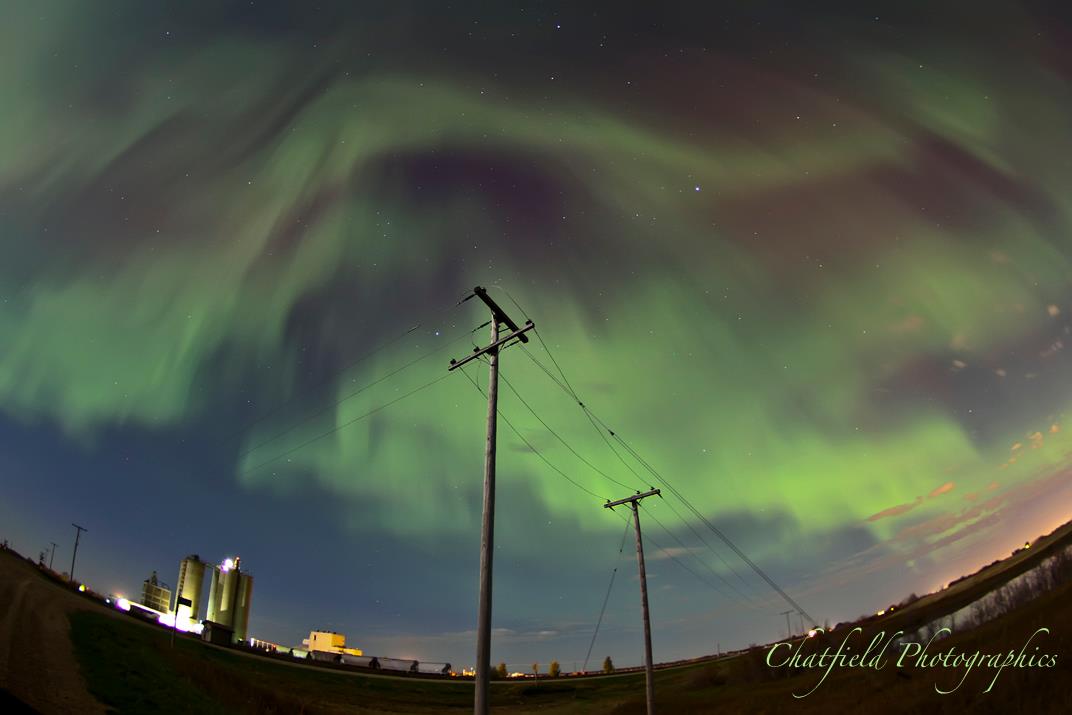 Bottom line: A coronal mass ejection, or CME, from the sun caused Earth to experience a geomagnetic storm in the early morning hours of October 1, 2012.

What causes an aurora?