November 2019 was 2nd hottest on record for planet

Last month was the 2nd warmest November in the 140-year global climate record, and polar sea ice coverage shrank to near-record lows, according to a NOAA report. . 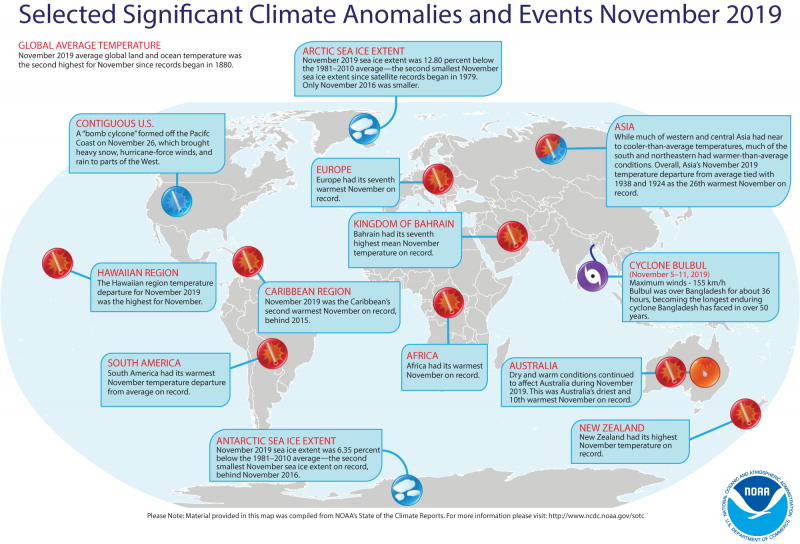 View larger. | An annotated map showing notable climate events that occurred around the world in November 2019. Image via NOAA.

A NOAA report, released December 16, 2019, says that November 2019 was the second-hottest November in the 140-year global climate record. In addition, the season (September-November) and the year to date (January-November) were both also the second hottest in recorded history, according to scientists at NOAA’s National Centers for Environmental Information.

The average global land and ocean surface temperature for November 2019 was 1.66 degrees F (0.92 C) above the 20th-century average. That’s just shy of November 2015, the warmest on record. All five of the planet’s hottest Novembers have occurred since 2013. 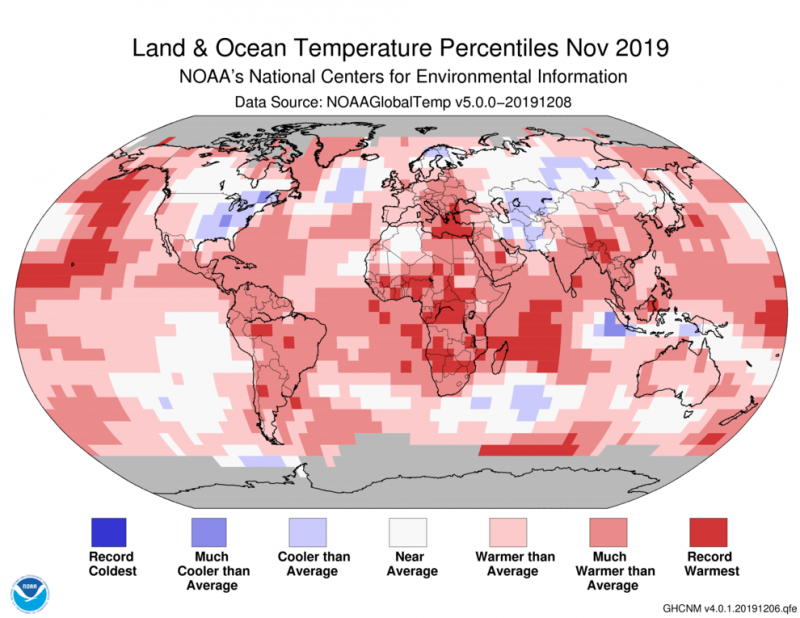 In both the Arctic and Antarctic, sea ice coverage shrank to its second-lowest size on record for November, behind November 2016. According to the NOAA report, Arctic sea ice coverage was 12.8% below the 1981–2010 average, while the Antarctic coverage was 6.35% below average. The world’s average sea surface temperature ranked second warmest for the year to date – just 0.05 degree F (0.03 C) cooler than the record-breaking year of 2016.

Bottom line: NOAA reports that November 2019 was the second-hottest on record.