North Pole gets a heat wave

Unseasonably, in recent days, the temperature at the North Pole has soared to the melting point of ice. That’s about 30-35 degrees F (17-19 C) above normal. 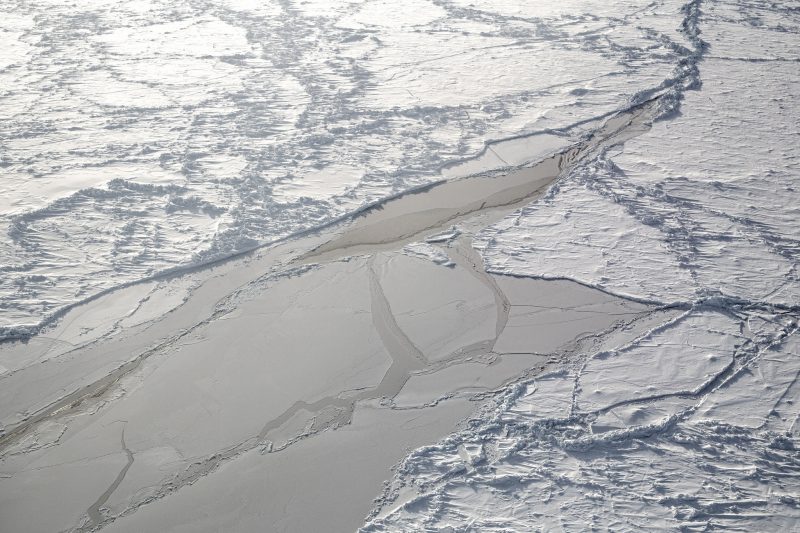 While visiting the Arctic last month, Eliot Herman photographed this large crack in the ice (refrozen again) above 89 degrees north latitude, not far from the North Pole. The date of the photo is April 18, 2018. Read more about this photo on Flickr.

A weather reporter that I trust – Jason Samenow of the Capital Weather Gang at the Washington Post – wrote on May 7, 2018 that temperatures in the Arctic have been unusually high. He wrote:

In four of the past five winters, the North Pole has witnessed dramatic temperatures spikes, which previously were rare. Now, in the lead-up to summer, the temperature has again shot up to unusually high levels at the tip of the planet.

Scientists say this warming could hasten the melt of Arctic sea ice, which is already near record low levels.

In just the past few days, the temperature at the North Pole has soared to the melting point of 32 degrees, which is about 30-35 degrees (17-19 Celsius) above normal.

Much of the entire Arctic north of 80 degrees latitude is abnormally warm. The temperature averaged over the whole region appears to be the warmest on record for the time of year, dating back to at least 1958. It is about 18 degrees (10 Celsius) above the normal of 4 degrees (minus 16 Celsius).

As the warm air intruded the Arctic, sea ice melted suddenly. The Norway Ice Service tweeted the sea ice area near Svalbard, the small island chain between Norway and the North Pole, fell by about 32,000 square miles (82,000 square km) to the second lowest area on record. The amount of ice lost is enough to cover the entire state of South Carolina.

Jason Samenow had much more to say, and you can read more via the Capital Weather Gang at the Washington Post. 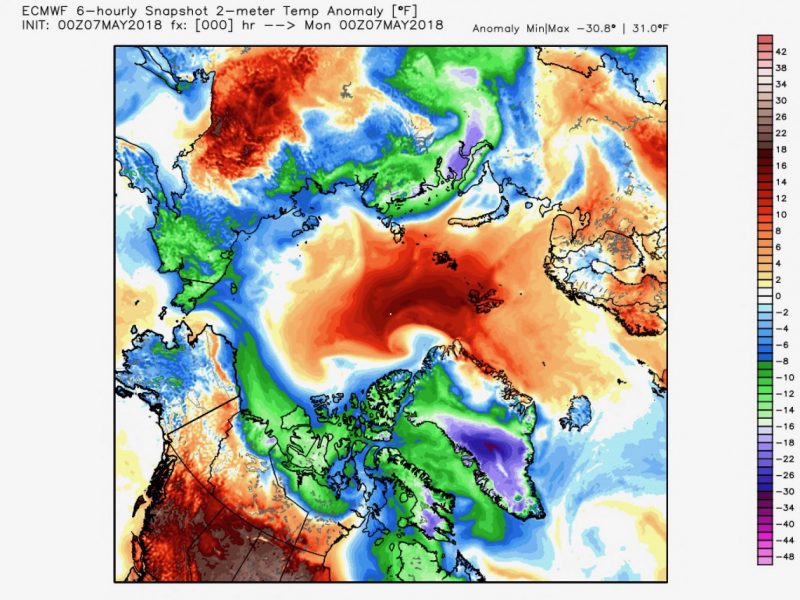 Temperature difference from normal over the Arctic analyzed by European model on May 7. Chart via WeatherBell.com/Washington Post.

A valued EarthSky community member, Eliot Herman of Tucson, whose photo of the Arctic is at the top of this article, recently returned from the North Pole. Visiting there had always been a dream of his, he said. He reported that the 2017-2018 winter season at the North Pole was the shortest season ever for visitors, due to the thin ice. Remember that unlike the Antarctic, which is a continent, the Arctic is an ocean. When you go there, and land in an airplane there, you’re on sea ice with no solid ground underneath. Eliot – who is a biologist and a professor in the School of Plant Sciences at the University of Arizona – sent along a story from the Independent Barents Observer titled:

North Pole campers pack up after shortest ice drift ever

… on the ground, as the story relates, they had a difficult time finding a flow above 89 N to place the temporary ice base on, and, after established, there was a runway crack on April 16 that aborted flights. They then extended the runway to enable more flights including my visit, but, only a few days later, they had to abandon the ice camp.

What I think this tells us is that the macro view from satellites says the ice at the top of the world is thick, but at the close in view there is much more turmoil. For me, I am glad I did this, this year, because I am wondering whether it will be possible in years to come. Will anyone be able to stand on the top of the world? 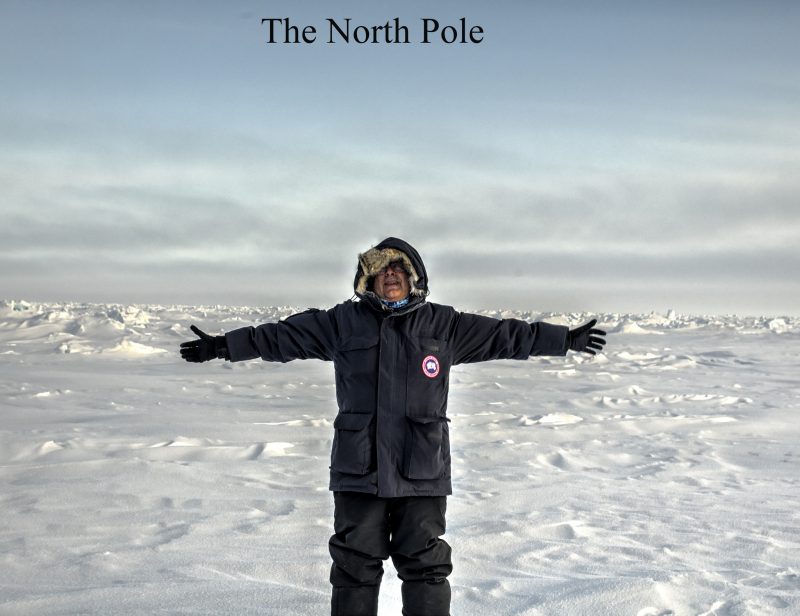 Eliot Herman at the North Pole in April, 2018. Will future generations get to stand there? Photo via Eliot Herman on Flickr.

Bottom line: In the lead-up to summer, the temperature in the Arctic has again shot up to unusually high levels.