A predicted global warming effect is a slowdown in North Atlantic Ocean circulation. New research shows recent decreases that are unprecedented in the past 1,100 years.

Scientists have long predicted that North Atlantic Ocean circulation will slow down in the future in response to climate change, but new research that was published this spring in the journal Nature Climate Change suggests that the slowdown may already be occurring.

Warm water in the North Atlantic Ocean flows north along the surface and then sinks as it reaches the area near Greenland. This sinking is caused by increases in density as the water mass becomes colder and saltier. The sinking water mass then flows back south deep within the ocean basin. Scientists refer to this phenomenon as Atlantic Meridional Overturning Circulation (AMOC). 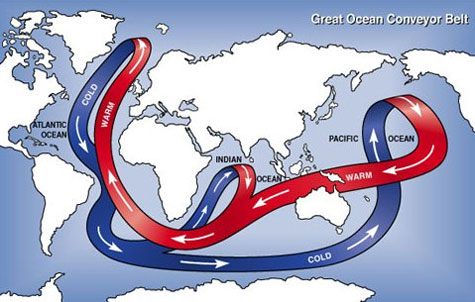 A warmer climate is expected to lead to freshening of the water in the North Atlantic as ice across the Arctic melts and runs off into the ocean. This freshening will decrease the density of the water mass and slow the rate at which it sinks. A shutdown of North Atlantic Ocean circulation was the premise behind the climate disaster movie “The Day After Tomorrow.” While the ensuing ice age in New York portrayed in that movie is completely a work of fiction—scientist do not think that a complete shutdown will occur anytime soon or that the changes will be that sudden and severe—abrupt slowdowns in this critical area of the ocean are possible and could have wide ranging adverse effects on this region and beyond. A report issued by the National Research Council in 2013 urges that this area of the North Atlantic be monitored closely as part of an Abrupt Change Early Warning System.

The instrumental data record on circulation in the North Atlantic only goes back a few decades. From these data, it has been hard to see any clear and unambiguous evidence of long-term slowdown trends in the circulation. The circulation did decrease quite substantially in the 1970s, but then it recovered to some extent in the 1990s.

To complement these data, a team of U.S. and European scientists developed proxy records for AMOC going back several hundreds of years. The indirect data were developed through studying key relationships between AMOC, sea surface temperatures, and coral growth during present times and then extending the findings to historical years where good data on sea surface temperatures and coral growth were available.

The new long-term dataset shows that the most recent decrease in AMOC is unprecedented over the last 1,100 years. Vox has the relevant graphs that you can view here. Moreover, the scientists expect that Greenland’s melting ice sheets will cause furthering weakening of North Atlantic Ocean circulation in the years ahead.

Stefan Rahmstorf, lead author of the study and professor at Potsdam University, commented on the findings in a press release. He said:

If the slowdown of the Atlantic overturning continues, the impacts might be substantial. Disturbing the circulation will likely have a negative effect on the ocean ecosystem, and thereby fisheries and the associated livelihoods of many people in coastal areas. A slowdown also adds to the regional sea-level rise affecting cities like New York and Boston. Finally, temperature changes in that region can also influence weather systems on both sides of the Atlantic, in North America as well as Europe.

Europe could potentially become much colder if AMOC were to slow down because North Atlantic circulation pulls up heat from the equator. 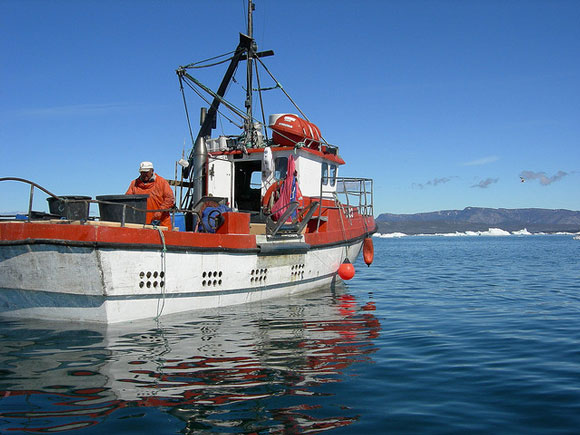 Scientists not affiliated with the study who were interviewed for the Vox article indicated that the findings could be very important, but will require additional confirmation.

Video: A year in the life of Earth’s CO2