Atlantic hurricane season starts today. Experts are forecasting a 75% chance that the 2018 season will be near- or above-normal, thanks in part to a weak El Niño.

Two of the factors driving this outlook are the possibility of a weak El Niño developing, along with near-average sea surface temperatures across the tropical Atlantic Ocean and Caribbean Sea. These factors, says the report,

.. are set upon a backdrop of atmospheric and oceanic conditions that are conducive to hurricane development and have been producing stronger Atlantic hurricane seasons since 1995.

NOAA will update the 2018 Atlantic seasonal outlook in early August, just prior to the peak of the season. 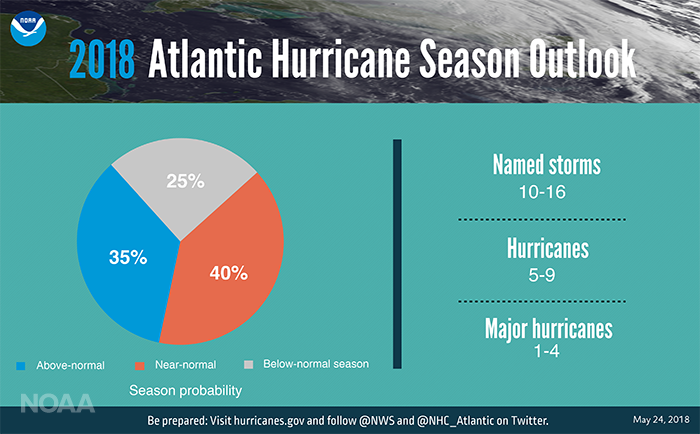 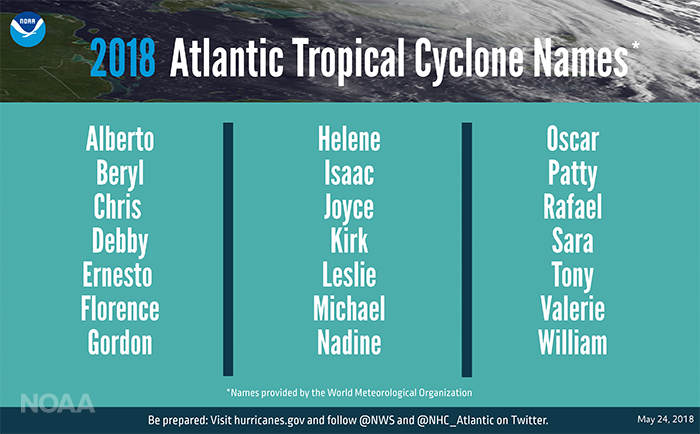