No end in sight for western US wildfires

Satellite images capture the ongoing onslaught of wildfires in the U.S. West. 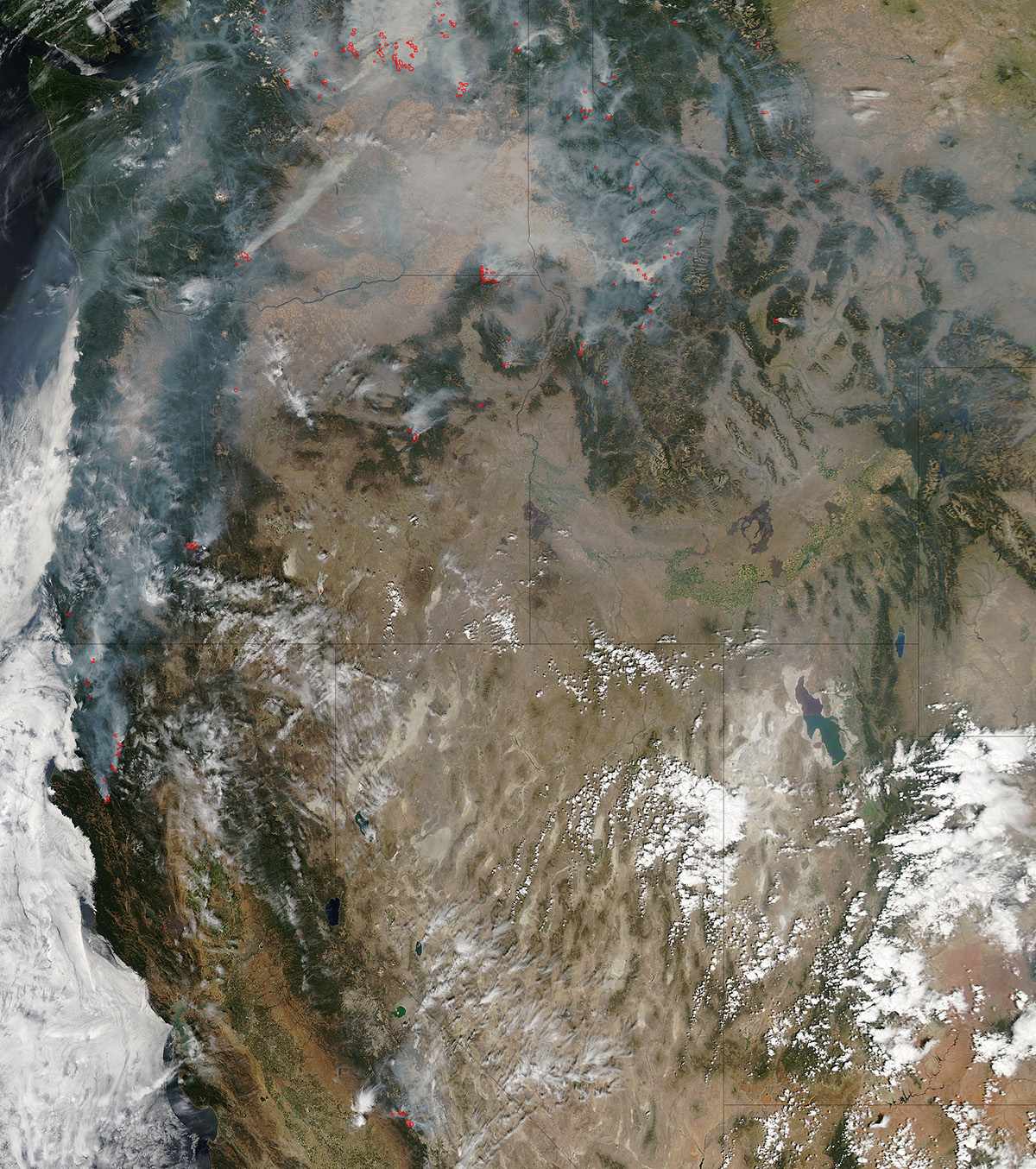 Wildfires have been ravaging large parcels of land in the western United States and there seems to be no end in sight for fire-weary Westerners.

Inciweb, an aggregating website for U.S. wildfires, reports 40 active fires in California alone. The largest to date is the Happy Camp Complex Fire which scorched over 134,000 acres and is currently listed as being 100% contained, but there are scores of other fires in California that are burning 30, 40, and 50 thousand acres at the same time. A good portion of the state is currently on fire.

As of yesterday (August 24) Oregon had 19 ongoing active wildfires. The largest reported is the Cornet-Windy Ridge Fire which has grown to 103,887 acres. This fire began on August 10 with a lightning strike and is currently 80% contained. The immediate danger with all wildfires, even those seemingly contained, is the shift in winds or the change in weather. Bad weather with lightning, little rain, followed by hot, dry conditions contribute to fires that, at present seem under control, start to grow once again. Also this is the kind of weather that starts the fire to begin with. Lightning strikes are the most common way, besides human started, that fires begin.

Washington state has not escaped this rampage. Twenty seven active fires are listed on Inciweb as of today (August 24) with the largest being the Okanogan Complex fire located east of Twisp. This fire began with a lightning strike on August 15. It quickly grew and is currently over 239,000 acres and is only 10% contained. There is rapid spreading of the fire in grass and brush. The burning of heavy timber is causing long range spotting making it more difficult to control the fire’s movement. 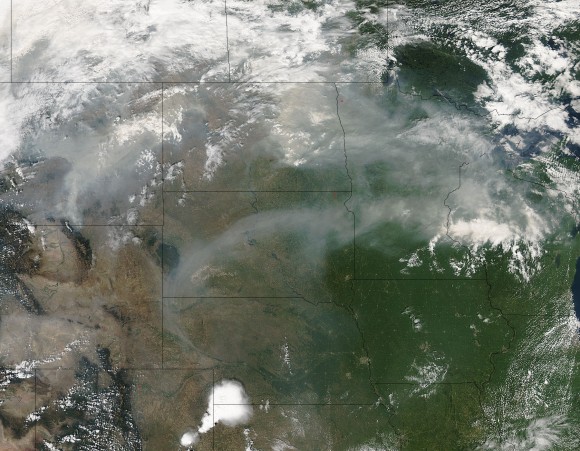 On August 21, 2015 the Aqua satellite captured this image of the smoke from the fires on the west coast of the United States wafting eastward on the jet stream. In this image the smoke is obscuring parts of Montana, North and South Dakota, Minnesota, and Wisconsin. Residents of these states are on notice that sunsets will be much redder and more orange as long as the smoke lingers over their area. The reason? The size of the smoke particles is just right for filtering out other colors meaning that red, pink and orange colors can be seen more vividly in the sky. Image credit: Jeff Schmaltz, MODIS Rapid Response Team. 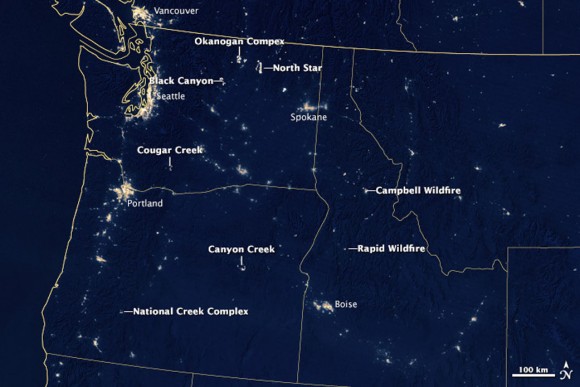 This nighttime image was acquired on August 19 by the Suomi NPP satellite. The image was made possible by the instrument’s “day-night band,” which uses filtering techniques to observe dim signals including those from wildfires. Labels point to the large, actively burning fires in the region. 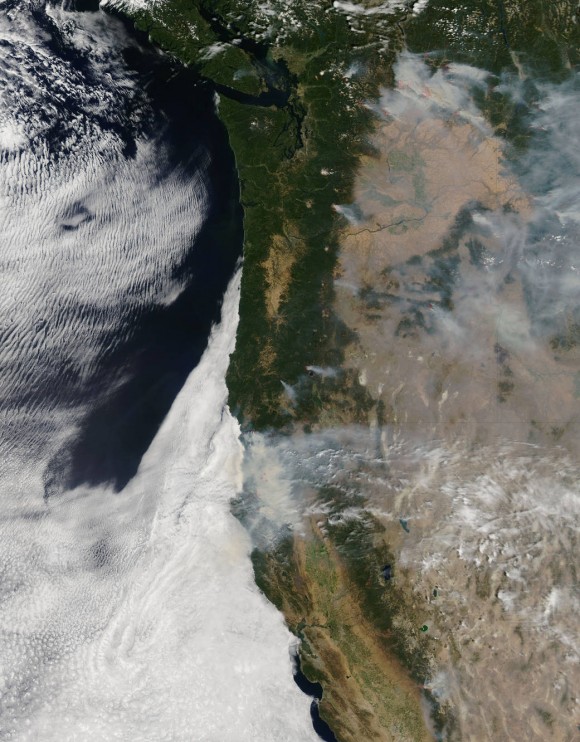