Three spooky Halloween animals see better at night than we do. Here’s how they do it.

Have you ever stumbled around a dark house, straining to see what’s in front of you? Or maybe you’ve camped out in a dark forest, where nighttime navigation without a flashlight was impossible? Our human visual systems are not as well adapted to low light conditions as those of some other species including cats, bats, and owls.

Cats can see very well in the dark. Their night vision is enhanced by a special reflective structure in their eyes called the tapetum lucidum, located behind the retina. If light entering a cat’s eye misses the photoreceptors, it’ll fail to send sensory input to the brain. However, the tapetum lucidum acts like a mirror and sends the light back to the field of photoreceptors for a second chance at creating a visual image, according to Dr. Cynthia Powell, a veterinary ophthalmologist at Colorado State University.

This enables cats to see better than people at night, as people lack a tapetum lucidum in their eyes. The reflective tapetum lucidum is what causes a cat’s eyes to glow at night under the right conditions. Other animals that possess such a vision enhancing structure include deer and raccoons.

A cat with glowing eyes. Image via Jon Feinstein/Flickr.

The phrase “blind as a bat” simply isn’t true. Bats can see quite well during the day, and their vision may be better than that of humans under low light conditions, according to Christopher Baird of West Texas A&M University.

Bats are skilled at preying on insects at dusk and dawn by using their ears and echolocation behaviors. Specifically, they can quickly hone in on the location of an insect by emitting a sound and hearing where it is being reflected back to them.

This ability also enables them to navigate in the dark. Perhaps it is their erratic motions in flight while hunting that led to the phrase “blind as a bat.” Just remember … bats do have good visual systems that are well adapted to low light conditions.

A bat in flight. Image via Bernard Dupont/Flickr.

Owls are superb nighttime predators. That’s in part because they have very large eyes. The large lens close to the back of an owl’s eye acts to focus large amounts of light onto the retina.

Thus owls can see very well at night while they hunt for prey such as mice and insects.

Owls also are able to turn their heads almost completely around – up to 270 degrees – to track prey, and this trait makes them good visual hunters. 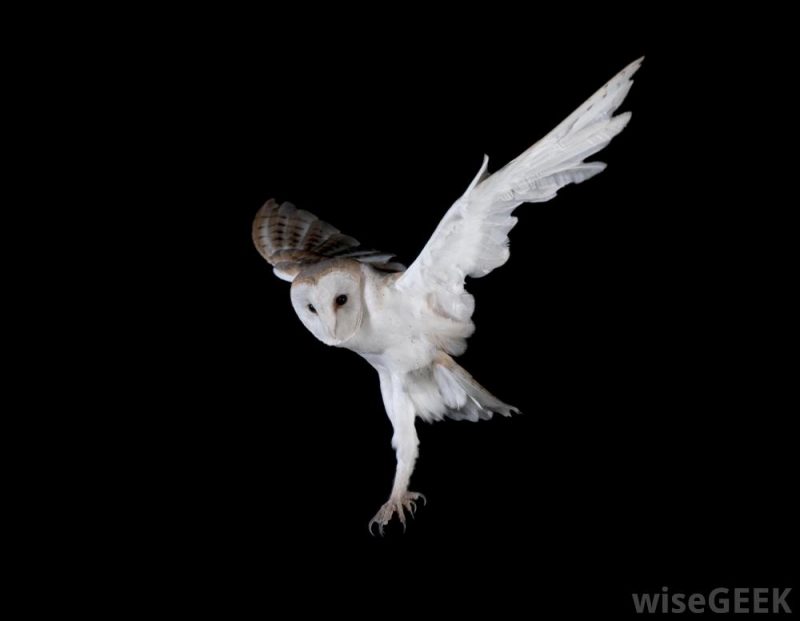 Bottom line: Humans have excellent vision, but we do not see very well in the dark. Several animals can see better than people at night including cats, bats, and owls. Happy Halloween!