A new study suggests that Greenland ice is melting 4 times faster than in 2003. “We’re going to see faster and faster sea level rise for the foreseeable future,” these scientists said. 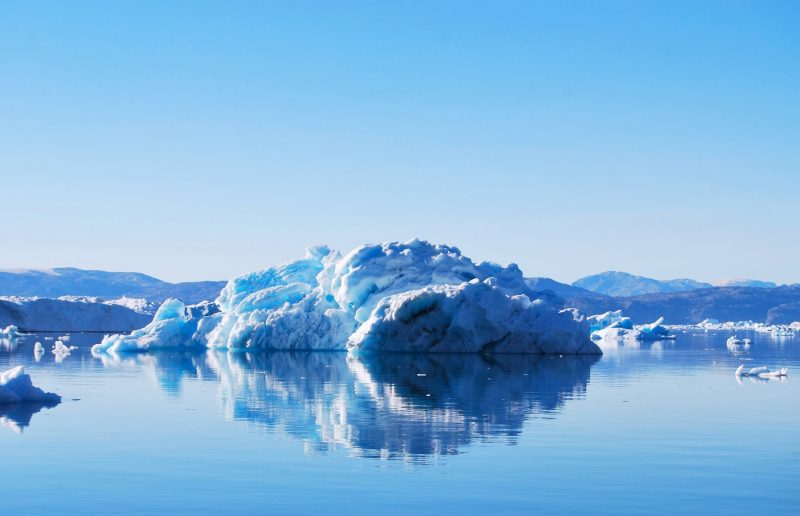 Greenland ice is melting faster than scientists previously thought — and will likely lead to faster-than-expected sea level rise — according to a new study. This study comes from an international team of scientists and was published January 21, 2019, in the peer-reviewed Proceedings of the National Academy of Sciences.

Scientists concerned about sea level rise have long focused on Greenland’s southeast and northwest regions, where large glaciers stream iceberg-sized chunks of ice into the Atlantic Ocean. Those chunks float away, eventually melting into seawater. But here is what’s unusual about the new study. It found that the largest sustained ice loss from early 2003 to mid-2013 came from Greenland’s southwest region, which is mostly devoid of large glaciers.

That melting means that – in the southwestern part of Greenland – growing rivers of water are streaming into the ocean during the summer. Michael Bevis, a professor of geodynamics at Ohio State University, is the study’s lead author. Bevis said in a statement:

We knew we had one big problem with increasing rates of ice discharge by some large outlet glaciers. But now we recognize a second serious problem: Increasingly, large amounts of ice mass are going to leave as meltwater, as rivers that flow into the sea.

The findings suggest that southwest Greenland, which previously had not been considered a serious threat, will likely become a major future contributor to sea level rise, Bevis said. This scenario could have serious implications for coastal U.S. cities, including New York and Miami, as well as island nations that are particularly vulnerable to rising sea levels. Bevis added that, from his perspective as a scientist who studies Greenland ice melt, there is no turning back:

The only thing we can do is adapt and mitigate further global warming. It’s too late for there to be no effect. This is going to cause additional sea level rise. We are watching the ice sheet hit a tipping point. 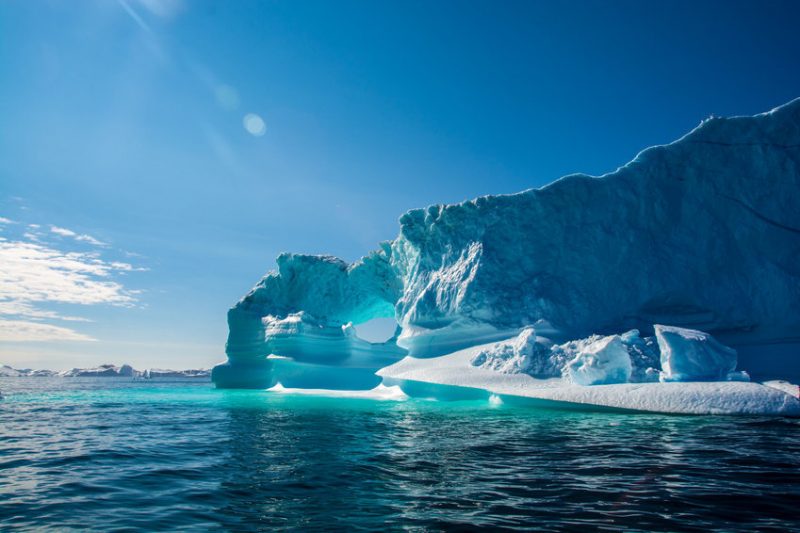 Iceberg in Greenland. Image via © mikhail79spb/Fotolia.

Climate scientists and glaciologists have been monitoring the Greenland ice sheet as a whole since the 2002 launch of NASA’s GRACE (Gravity Recovery and Climate Experiment) mission. GRACE – and now a follow-up mission called GRACE-FO, launched in 2018 – consists of twin satellites that have the capability of tracking Earth’s water movement. According to NASA, the satellites can:

… monitor changes in underground water storage, the amount of water in large lakes and rivers, soil moisture, ice sheets and glaciers, and sea level caused by the addition of water to the ocean.

But the rate of ice loss across the island was far from steady.

For the new study, the team used data from GRACE and from GPS stations scattered around Greenland’s coast to identify changes in ice mass. The patterns they found show an alarming trend, they said. By 2012, ice was being lost at nearly four times the rate observed in 2003. The researchers were surprised to discover that this acceleration was focused in southwest Greenland, a part of the island that previously hadn’t been known to be losing ice that rapidly.

Bevis said a natural weather phenomenon – the North Atlantic Oscillation, which brings warmer air to West Greenland, as well as clearer skies and more solar radiation — was building on human-caused climate change to cause unprecedented levels of melting and runoff. Global atmospheric warming enhances summertime melting, especially in the southwest. The North Atlantic Oscillation is a natural – if erratic – cycle that causes ice to melt under normal circumstances. When combined with man-made global warming, though, the effects are supercharged. Bevis said:

These oscillations have been happening forever. So why only now are they causing this massive melt? It’s because the atmosphere is, at its baseline, warmer … Global warming has brought summertime temperatures in a significant portion of Greenland close to the melting point, and the North Atlantic Oscillation has provided the extra push that caused large areas of ice to melt.

Scientists have understood Greenland to be one of the Earth’s major contributors to sea-level rise mostly because of its glaciers. But these new findings, Bevis said, show that scientists need to be watching the island’s snowpack and ice fields more closely, especially in and near southwest Greenland. He said:

We’re going to see faster and faster sea level rise for the foreseeable future. Once you hit that tipping point, the only question is: How severe does it get?

Bottom line: A new study finds that Greenland ice is melting four times faster than 15 years ago. The findings suggest that key southwest Greenland, which previously had not been considered a serious threat, will likely become a major future contributor to sea level rise.

Source: Accelerating changes in ice mass within Greenland, and the ice sheet’s sensitivity to atmospheric forcing