The tree of life, which depicts how life has evolved and diversified on the planet, is getting a lot more complicated.

When you picture the tree of life, perhaps you imagine something like this: 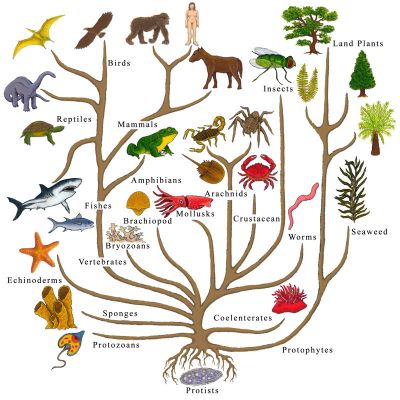 But, turns out, the tree of life, which depicts how life has evolved and diversified on the planet, is getting a lot more complicated.

Over the past 15 years, researchers have discovered more than 1,000 new types of bacteria and Archaea – one-celled microorganisms genetically distinct from bacteria – lurking in Earth’s nooks and crannies. Researchers at University of California Berkeley have rejiggered the tree to account for these microscopic new life forms. Here’s their version: 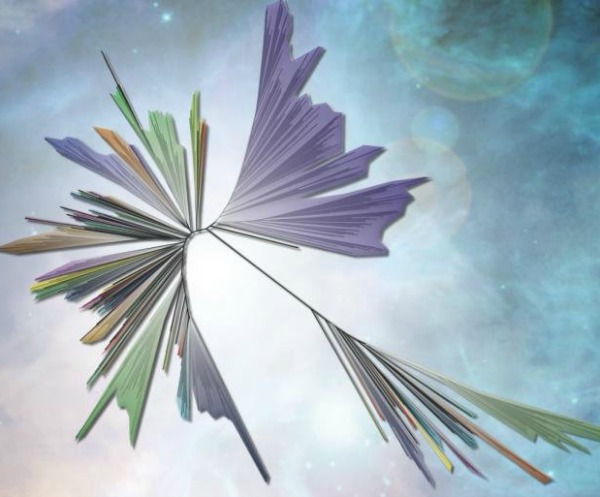 This is a new and expanded view of the tree of life, with clusters of bacteria (left), uncultivable bacteria called ‘candidate phyla radiation’ (center, purple) and, at lower right, the Archaea and eukaryotes (green), including humans. Image credit: Graphic by Zosia Rostomian, Lawrence Berkeley National Laboratory

The new tree, published online April 11 2016 in the journal Nature Microbiology, reinforces once again that the life we see around us – plants, animals, humans and other so-called eukaryotes – represent a tiny percentage of the world’s biodiversity.

Much of this microbial diversity remained hidden until the genome revolution allowed researchers to search directly for their genomes in the environment, rather than trying to culture them in a lab dish. Many of the microbes cannot be isolated and cultured because they cannot live on their own: they must beg, borrow or steal stuff from other animals or microbes, either as parasites, symbiotic organisms or scavengers. 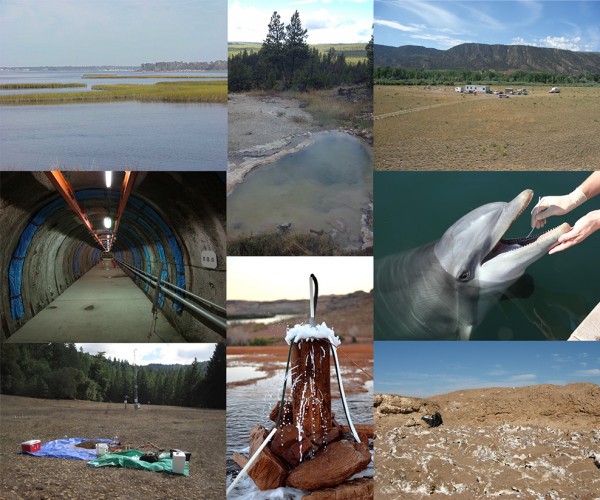 New lineages of bacteria have been found in a variety of sites, from sparkling water wells to dolphin mouths. All have helped to expand the tree of life. Collage by Laura Hug.

The more than 1,000 newly reported organisms appearing on the revised tree are from a range of environments, say the researchers, including a hot spring in Yellowstone National Park, a salt flat in Chile’s Atacama desert, terrestrial and wetland sediments, a sparkling water geyser, meadow soil and the inside of a dolphin’s mouth. All of these newly recognized organisms are known only from their genomes.

Laura Hug is the study’s first author. She said:

What became really apparent on the tree is that so much of the diversity is coming from lineages for which we really only have genome sequences.We don’t have laboratory access to them, we have only their blueprints and their metabolic potential from their genome sequences. This is telling, in terms of how we think about the diversity of life on Earth, and what we think we know about microbiology.

Brett Baker, of University of Texas, Austin, is a co-author of the paper. Baker said:

This incredible diversity means that there are a mind-boggling number of organisms that we are just beginning to explore the inner workings of that could change our understanding of biology.

Charles Darwin first sketched a tree of life in 1837 as he sought ways of showing how plants, animals and bacteria are related to one another. The idea took root in the 19th century, with the tips of the twigs representing life on Earth today, while the branches connecting them to the trunk implied evolutionary relationships among these creatures. A branch that divides into two twigs near the tips of the tree implies that these organisms have a recent common ancestor, while a forking branch close to the trunk implies an evolutionary split in the distant past. 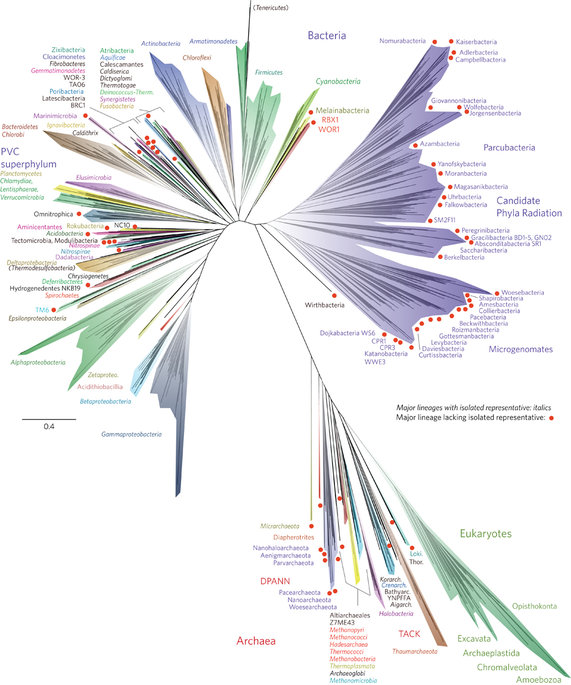 The tree includes 92 named bacterial phyla, 26 archaeal phyla and all five of the Eukaryotic supergroups. Major lineages are assigned arbitrary colours and named, with well-characterized lineage names, in italics. Lineages lacking an isolated representative are highlighted with non-italicized names and red dots. For details on taxon sampling and tree inference, see Methods. The names Tenericutes and Thermodesulfobacteria are bracketed to indicate that these lineages branch within the Firmicutes and the Deltaproteobacteria, respectively. Eukaryotic supergroups are noted, but not otherwise delineated due to the low resolution of these lineages. The CPR phyla are assigned a single colour as they are composed entirely of organisms without isolated representatives, and are still in the process of definition at lower taxonomic levels.

Bottom line: A new tree of life, published online on April 11 2016 in the journal Nature Microbiology by researchers from the University of California Berkeley, reinforces once again that the life we see around us – plants, animals, humans – represent a tiny percentage of the world’s biodiversity.