A new species of killer whale?

In January, scientists captured footage of what might be a new species of killer whale near Antarctica.

In January 2019, an international team of scientists working off the tip of southern Chile near Antarctica got their first live look at what might be a new species of killer whale. Called Type D, the whales were previously known only from a beach stranding more than 60 years ago, fishermen’s stories, and tourist photographs.

Genetic samples the team collected will help determine whether this animal, with its distinctly different color pattern and body shape, is indeed new to science.

We are very excited about the genetic analyses to come. Type D killer whales could be the largest undescribed animal left on the planet and a clear indication of how little we know about life in our oceans.

The team’s encounter with the distinctive whales came after they spent more than a week at anchor, waiting out the perpetual storms of Cape Horn off southern Chile. It was here that the scientists collected three biopsy samples — tiny bits of skin harmlessly taken from the whales with a crossbow dart — from a group of Type D killer whales for later analysis. 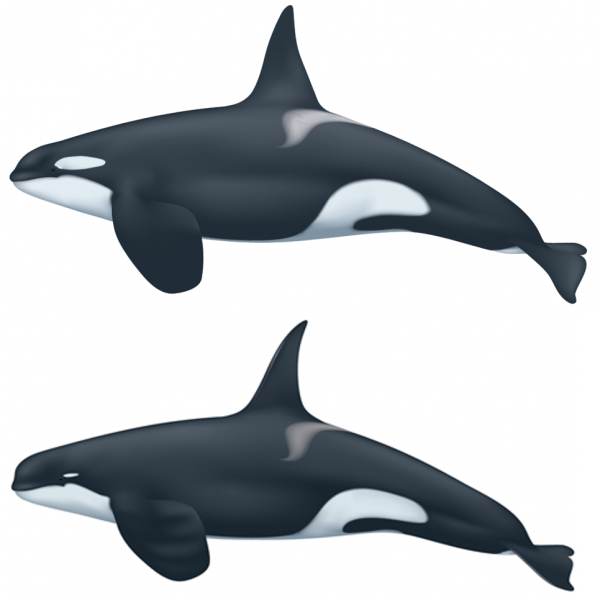 Now the analysis has moved from the blustery Southern Ocean to the laboratory, where NOAA scientists will analyze DNA from the skin samples. Pitman said:

These samples hold the key to determining whether this form of killer whale represents a distinct species.

The first record of the unusual killer whales came in 1955, when 17 animals stranded on the coast of Paraparaumu, New Zealand. Compared to other killer whales, they had more rounded heads, a narrower and more pointed dorsal fin, and a tiny white eyepatch. No whales like this had ever been described before.

Bottom line: In January 2019, scientists captured footage of what might be a new species of killer whale off the tip of southern Chile near Antarctica.