The startling results of a new survey include 17 previously unknown monuments and dozens of burial mounds surrounding Stonehenge. 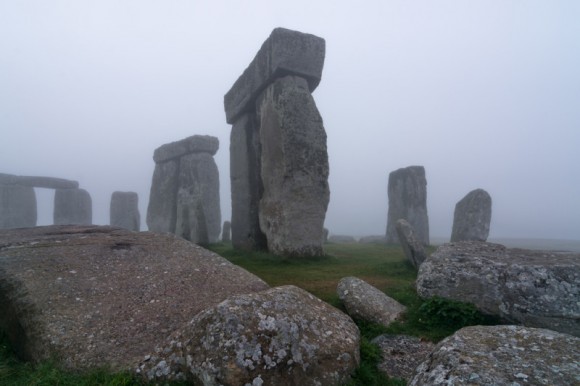 Image courtesy of University of Birmingham

Researchers with the Stonehenge Hidden Landscapes Project used ground-penetrating radar, remote sensing techniques and geophysical surveys to reveal hundreds of previously unknown features around Stonehenge, which now form part of the most detailed archaeological digital map yet produced of this iconic landscape. 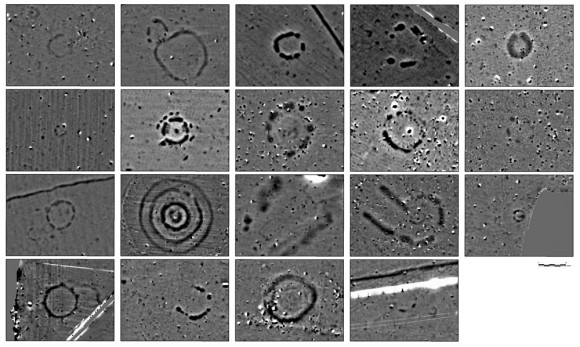 The startling results of the four-year survey include 17 previously unknown ritual monuments dating to the period when Stonehenge achieved its iconic shape. Dozens of burial mounds have been mapped in minute detail, including a long barrow (a burial mound dating to before Stonehenge) which revealed a massive timber building, probably used for the ritual inhumation of the dead following a complicated sequence of exposure and excarnation (defleshing), and which was finally covered by an earthen mound. 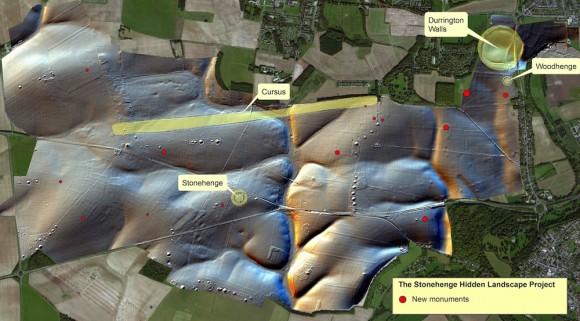 The project has also revealed exciting new – and completely unexpected – information on previously known monuments. Among the most significant relate to the Durrington Walls ‘super henge’, situated a short distance from Stonehenge. This immense ritual monument, probably the largest of its type in the world, has a circumference of more than 1.5 kilometers (0.93 miles).

The survey suggests that this had an early phase when the monument was flanked with a row of massive posts or stones, perhaps up to three meters high and up to 60 in number – some of which may still survive beneath the massive banks surrounding the monument.

Work also revealed novel types of monument including massive prehistoric pits, some of which appear to form astronomic alignments, plus new information on hundreds of burial mounds, Bronze Age, Iron Age and Roman settlements and fields at a level of detail never previously seen. Taken together, these results – which will be featured in a major new BBC Two series titled Operation Stonehenge: What Lies Beneath – show that new technology is reshaping how archaeologists understand the landscape of Stonehenge and its development over a period of more than 11,000 years.

Read more from University of Birmingham