According to scientists who made the discovery, the find provides conclusive evidence that, millions of years ago, there was more than one human species. 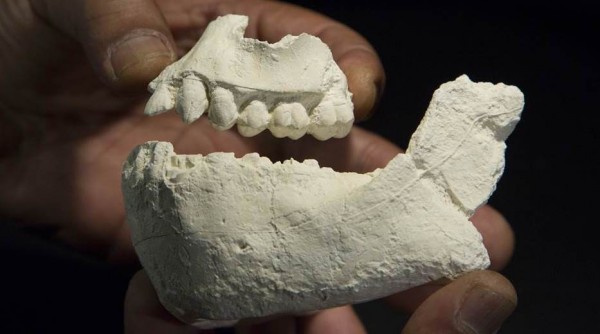 Humans, meet your new ancestor. This new hominin species likely lived at the same time – and is believed by scientists to be a close relative to – the famous “Lucy” species first discovered in Ethiopia in 1974. That is, this species lived 3.3 to 3.5 million years ago and is thought to be a human ancestor (although it is not an identical species to Lucy, according to these scientists). A new study published May 27, 2015 in the journal Nature describes the find. An international team of scientists, led by Yohannes Haile-Selassie of the Cleveland Museum of Natural History, made the discovery.

Haile-Selassie, who is a paleoanthropologist, said:

The new species is yet another confirmation that Lucy’s species … was not the only potential human ancestor species that roamed in what is now the Afar region of Ethiopia during the middle Pliocene.

Current fossil evidence from the Woranso-Mille study area clearly shows that there were at least two, if not three, early human species living at the same time and in close geographic proximity.

Specifically, they found upper and lower jaw fossils of the new species at the Woranso-Mille area of the Afar region of Ethiopia. The discovery site was just 22 miles (35 kilometers) from the place where Lucy’s skeleton was found in 1974. To honor its connection with Lucy (Australopithecus afarensis), they are calling it Australopithecus deyiremeda. The name “deyiremeda” comes from the local Afar language’s terms for “close” (deyi) and “relative” (remeda).

How would Australopithecus deyiremeda been different from the Lucy species when both lived and roamed the same region of the world, millions of years ago? From what they scientists know now, having only discovered jaw fossils, the two early human species might have eaten different sorts of foods. The shape and size of the new species’ thick-enameled teeth – and the shape of its lower jaws – are different from that of the Lucy species. The anterior teeth are also relatively small.

Scientists are still arguing about our human origins. But Haile-Selassie said:

This new species from Ethiopia takes the ongoing debate on early hominin diversity to another level.

Some of our colleagues are going to be skeptical about this new species, which is not unusual. However, I think it is time that we look into the earlier phases of our evolution with an open mind and carefully examine the currently available fossil evidence rather than immediately dismissing the fossils that do not fit our long-held hypotheses.

When Lucy was found in 1974, it was natural to assume this early human ancestor was a member of the only human ancestor species. They just assumed that only one pre-human species gave rise to modern humans. As new finds added to the fossil record through the end of the 20th century, this idea seemed to hold true.

In this century, though, the story of our human ancestry became more complex. Two new species found in Africa – named Australopithecus bahrelghazali from Chad and Kenyanthropus platyops from Kenya – both originated from the same time period as Lucy’s species and challenged the idea of a single pre-human species. Then Haile-Selassie made another discovery that also complicated the picture. A May 27 statement from the Cleveland Museum of Natural History said:

Although a number of researchers were skeptical about the validity of these species, the announcement by Haile-Selassie of the 3.4 million-year-old Burtele partial foot in 2012 cleared some of the skepticism on the likelihood of multiple early hominin species in the 3 to 4 million-year range.

The Burtele partial fossil foot did not belong to a member of Lucy’s species. However, despite the similarity in geological age and close geographic proximity, the researchers have not assigned the partial foot to the new species due to lack of clear association.

That foot, by the way, had opposable big toes. 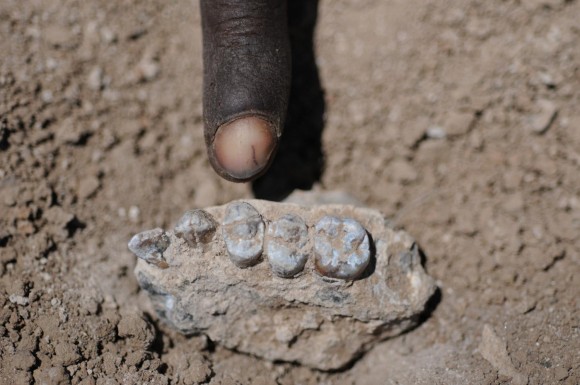 The picture that emerges from this and other discoveries is far more complex than the stereotypical evolutionary chart that shows a linear progression from one human ancestor to the next. The traditional ‘tree’ of human origins is looking more and more like a tangled bush, with a wide spectrum of similar species living alongside each other.

Haille-Selassie added in a related article in the May 27 issue of Nature:

The question that is going to come up is which taxa gave rise to our genus, Homo.

That’s going to be the 64-million-dollar question.

Just last week, researchers from the Earth Institute at Columbia Univeristy reported the discovery of oldest known stone tools yet discovered, dating back 3.3 million years, at a site known as Lomekwi 3 in northern Kenya. Which of the early possible human species created these tools? That, too, is unknown at this time. 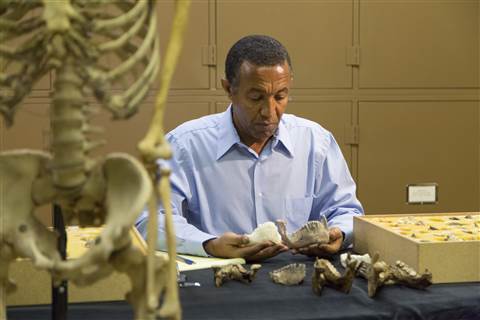 Yohannes Haile-Selassie at the Cleveland Museum of Natural History.

Bottom line: Scientists this week (May 27, 2015) announced the discovery in Ethiopia of upper and lower jaw fossils of a human species believed to be a close relative to the famous “Lucy” species. The new species lived 3.3 to 3.5 million years ago and is thought to be a human ancestor, although it is not an identical species to Lucy, according to these scientists.

Via Cleveland Museum of Natural History