How did horses evolve?

A new ‘tree of life,’ showing how horses have evolved over the past 18 million years challenges long-held ideas. 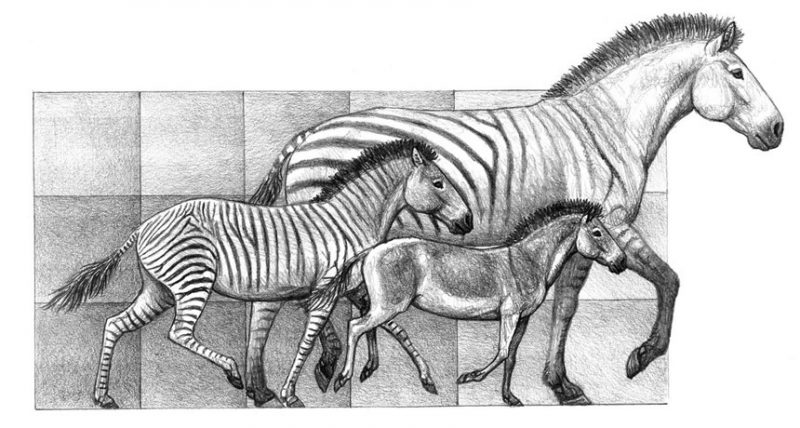 A new study published in the peer-reviewed journal Science on February 10, 2017 is challenging long-held ideas about how horses evolved. Paleontologist Juan Cantalapiedra and team compiled decades of previous research into an evolutionary tree of 138 horse species (seven of which exist today), spanning roughly 18 million years. This new work revealed three major bursts of horse evolution, in which new species emerged. But, as ancient horse species diversified, the horses showed very little change in their teeth or body size.

This result is contrary to long-proposed evolutionary theory.

Fossil records typically show the emergence of new species accompanied by a variety of new genetic traits. These traits – such as the shape and size of teeth, thickness of teeth enamel, and skull shape – give paleontologists clues to the environmental conditions and lifestyle of ancient animals. Many cases of evolutionary diversity show that species which enter a new environmental niche often develop new adaptive traits as well.

Alongside teeth and jaw development, the size and shape in an animal’s body often indicate a move to a new environment. Many animals that are adaptive for forests tend to be smaller and more solitary than larger herd animals on grasslands, for example.

However, the work of Cantalapiedra and colleagues reveals that, while horse speciation began to see large bursts between 15 million and 18 million years ago, changes in teeth morphology and body size did not change much. Cantalapiedra, who is a researcher at the Museum für Naturkunde in Berlin, Germany, told Earthsky:

Today’s species are the result of a trend towards smaller sizes [they’re small in comparison with other extinct Equus species], and the most recent and smaller species tend to have taller teeth.

These to features suggest that, in recent times [the last 2 million years or so], the harsher, more arid Pleistocene condition could have come up with shifts in resources availability, too, pushing horse population to the limits.

One of the most interesting questions is at which level of the tree of life could this hypothesized ‘adaptive radiations’ take place. It may be the case that we have to zoom out a lot, looking at large lineages as a whole, in order to find fast ecomorphological evolution in moments of fast diversification.

The team speculates that the burgeoning environment that led to the rapid speciation of ancient horses was so rich in resources that trait competition was low among competing species — which made diversification unnecessary. This challenges traditional evolutionary theory which says rapid speciation is most dependent on extrinsic factors.

In this case, the evidence suggests that ancient horses were more controlled by ecological limits rather than the need to differentiate. 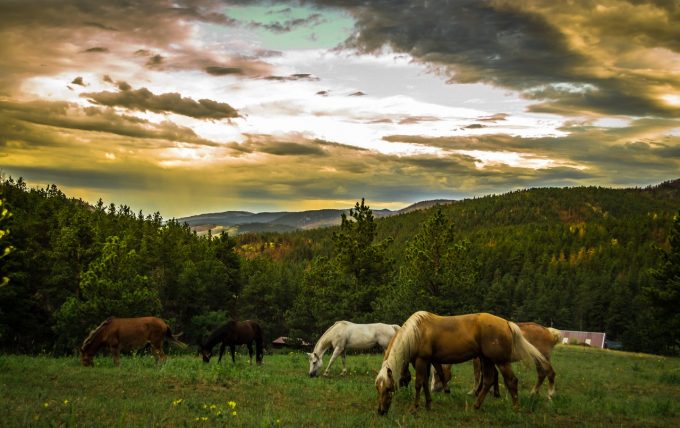 Bottom line: A new evolutionary tree showing how horses have evolved over the past 18 million years challenges long-held ideas.