Monster penguin was as tall as a person

An extinct species of giant penguin – over 5 feet (1.6 meters) tall – has been identified from fossils found in New Zealand. 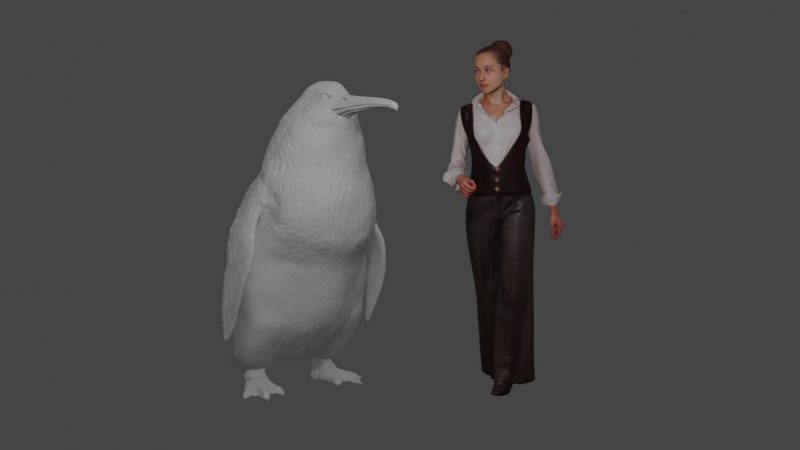 Scientists have described fossil remains discovered in New Zealand as belonging to a previously-unknown extinct species of monster penguin, Crossvallia waiparensis, that measured 5 feet, 3 inches (1.6 meters) tall – about the height of an adult woman – and weighed up to 176 pounds (80 kg),

C. waiparensis lived between 66 and 56 million years ago, during the Paleocene epoch, and is one of the world’s oldest known penguin species. It’s also one of the largest, taller than today’s largest penguin, the emperor penguin, that measures up to almost 4 feet (1.2 meters), although not as large as the extinct Palaeeudyptes klekowskii, which lived 7 million years ago, stood 6.5 feet (2 meters) tall and weighed 250 pounds (115 kg).

Amateur paleontologist Leigh Love found the bones at the Waipara Greensand fossil site in North Canterbury, New Zealand, in 2018. A international team of scientists analyzed the bones and concluded they belonged to a previously unknown penguin species. 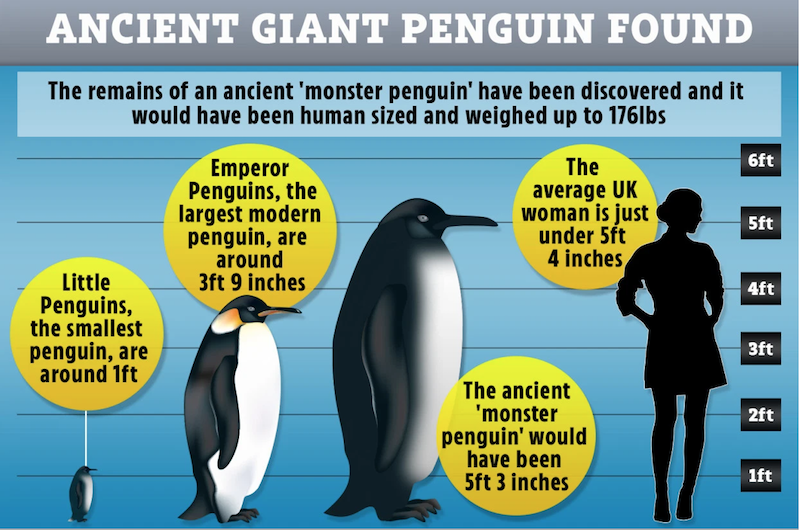 Image via The Sun.

In a paper published August 12, 2019, in Alcheringa: An Australasian Journal of Palaeontology, the team concluded that the closest known relative of C. waiparensis is Crossvallia unienwillia, which also lived during the Paleocene, but in Cross Valley, Antarctica. Though separate today, during the Paleocene, the New Zealand and Antarctica land masses were connected. Canterbury Museum Senior Curator and study co-author Paul Scofield says finding closely related birds in New Zealand and Antarctica shows New Zealand’s close connection to the icy continent. He said in a statement:

When the Crossvallia species were alive, New Zealand and Antarctica were very different from today – Antarctica was covered in forest and both had much warmer climates.

The researchers said that leg bones of both Crossvallia penguins suggest their feet played a greater role in swimming than those of modern penguins, or that they hadn’t yet adapted to standing upright like modern penguins.

It further reinforces our theory that penguins attained a giant size very early in their evolution. 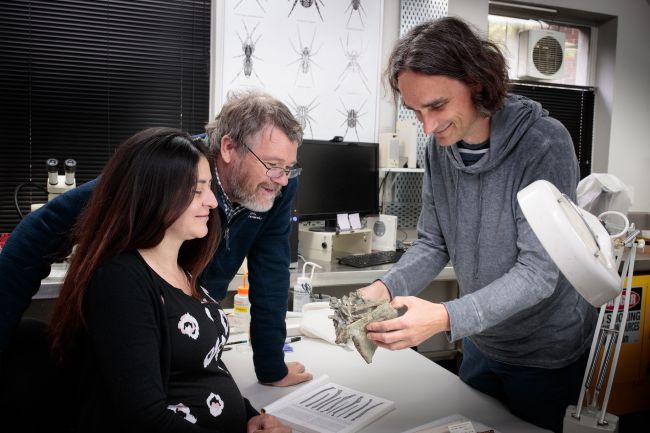 Bottom line: Fossil remains suggest an ancient penguin was the size of a human.

Source: Leg bones of a new penguin species from the Waipara Greensand add to the diversity of very large-sized Sphenisciformes in the Paleocene of New Zealand