Topological insulators could exist in six new types not seen before. The results could help provide insights into quantum physics. 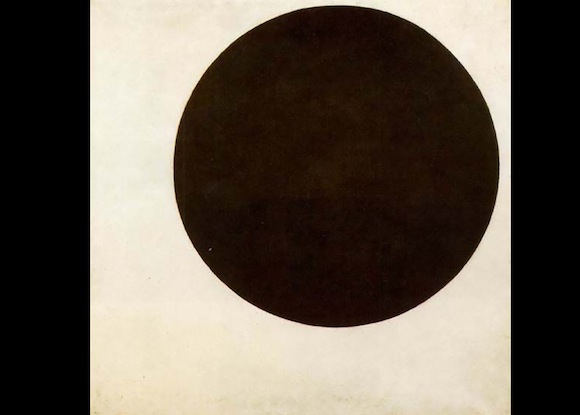 MIT physics professor Senthil Todadri says the unusual electrical behavior of materials called topological insulators reminds him of this 1915 painting by Russian artist Kazimir Malevich, called “Black Circle,” because the only feature of interest in the painting is the boundary between the black circle and the white background. In topological insulators, all of the significant electrical activity takes place just on the surface, not the interior. Caption by David Chandler. Image via MIT News Office

The work also predicts the materials’ physical properties in sufficient detail that it should be possible to identify the six new kinds of topological insulators unambiguously, if they are produced in the lab, the scientists say.

The new findings are reported this week in the journal Science by MIT professor of physics Senthil Todadri, graduate student Chong Wang, and Andrew Potter, a former MIT graduate student who is now a postdoc at the University of California at Berkeley.

“In contrast to conventional insulators, the surface of the topological insulators harbors exotic physics that are interesting both for fundamental physics, and possibly for applications,” Senthil says. But attempts to study the properties of these materials have “relied on a highly simplified model in which the electrons inside the solid are treated as though they did not interact with each other.” New analytical tools applied by the MIT team now reveal “that there are six, and only six, new kinds of topological insulators that require strong electron-electron interactions.”

In fact, Senthil says, this new work based on analysis of such surface phenomena shows that some previous predictions of phenomena in two-dimensional materials “cannot be right.”

Since this is a new finding, he says, it is too soon to say what applications these new topological insulators might have. But the analysis provides details on predicted properties that should allow experimentalists to begin to understand the behavior of these exotic states of matter.

“If they exist, we know how to detect them,” Senthil says of these new phases. “And we know that they can exist.” What this research doesn’t yet show, however, is what these new topological insulators’ composition might be, or how to go about creating them.

The next step, he says, is to try to predict “what compositions might lead to” these newly predicted phases of topological insulators. “It’s an open question now that we need to attack.”