Will the new experimental three-tiered system of tornado warnings create confusion for the public? What are your thoughts?

Tornado warnings issued today typically highlight the area of concern in a polygon (red box above) and contain information about the storm.

The National Weather Service (NWS) offices in Missouri and in the Wichita/Topeka, Kansas area will soon implement an experiment – a new three-tiered system – for how they issue tornado warnings to the public. They’ll try to test out the new warning system for this upcoming severe weather season starting in early April, 2012. The main goal is to provide accurate weather warnings and forecasts so the public can be better prepared and have plenty of lead time to take shelter. Will this experiment work? Will it be better than the present system? Will it help save lives? With 550 people in the U.S. killed by tornadoes in 2011 – and with January 2012 being unusually violent for tornadoes – these are important questions.

Have you ever noticed how a majority of the tornado warnings that are issued typically state that “Doppler radar indicated a possible tornado” for such and such place? If a storm spotter or an emergency manager spots or sees damage from a tornado in sight, then the NWS will change the wording of the same warning claiming a tornado was spotted within that storm. Will the public react differently to a radar-indicated tornado or to a spotted tornado on the ground? Obviously, the public will have a more heightened sense of urgency if they knew an actual tornado was on the ground approaching their city.

Here’s what the NWS states about this experiment: 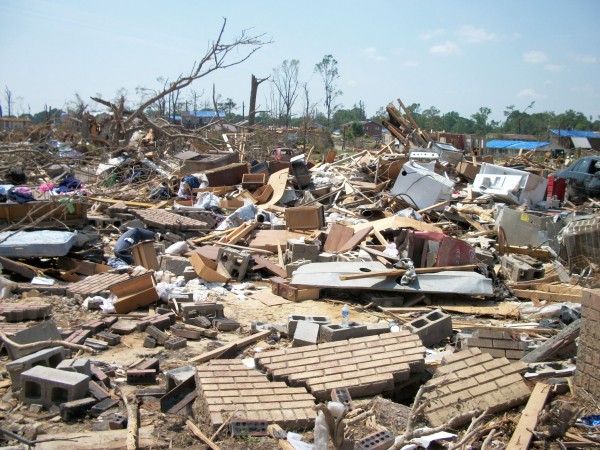 In this system, we will likely see three tiers of tornado warnings:

1) Standard Tornado Warning: These warnings are the basic ones issued by the National Weather Service when radial velocities on radar indicate a possible tornado. Most of the time, these are the basic warnings issued by all offices across the United States.

2) Potentially Dangerous Situation (PDS) Tornado Warning: If a PDS Tornado Warning is issued, then it means that the storm has a tornado on the ground that was spotted by a storm chaser or the public. These warnings are the second highest level that the NWS will issue.

3) Tornado Emergency: In a tornado emergency, a large tornado is on the ground producing a lot of damage and is headed towards a populated city. Tornado emergencies were issued back on April 27, 2011 when a supercell thunderstorm was pushing into Tuscaloosa, Alabama. A tornado emergency is the highest level of emergency on this scale.

The Joplin, Missouri tornado on May 22, 2011 – which killed over 115 people – is one reason this new system will be tested. The community urged updated warnings. The National Weather Service also wanted more information out there for the public to consume, and so they are testing out these new warnings in spring 2012 to see how the system works. The National Weather Services that are testing this system will include St. Louis, MO (LSX), Springfield, MO (SGF), Kansas City, MO (EAX), Topeka, KS (TOP), and Wichita, KS (ICT).

It sounds great, but I honestly think the new system has the potential to create more confusion, not less. There are so many people out there today who still do not understand the difference between a tornado watch and a tornado warning. What will make them understand what is now three categories of tornado warnings, instead of just two? 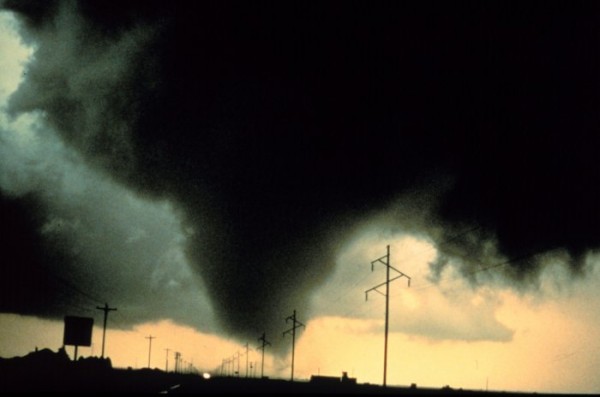 NOAA offers warnings so the media can send this information out through television, Internet, and radio. They are intended to be straightforward to remove confusion. With that in mind, I am not quite sure how this system will work out. I guess we will see come May and June 2012, when severe weather is likely across Missouri and Kansas.

Bottom line: The National Weather Services across Kansas and Missouri will add three tiers of tornado warnings including a Standard Tornado Warning, a PDS Tornado Warning, and a Tornado Emergency. Note: All other weather services in the United States will not use this three tier system and will simply use a tornado warning that will contain details about the storm in the warned area. The main goal is to provide accurate weather warnings and forecasts so the public can be better prepared and have plenty of lead time to take shelter. Will this experiment work? Only time will tell. I am all for better information and keeping the public safe. However, I am completely against adding confusion to the public. Will this create confusion for the public? What are your thoughts?