Two photos from northern Sweden on solstice night, a night of a midnight sun in that part of the world … and also, in 2016, a midnight moon. 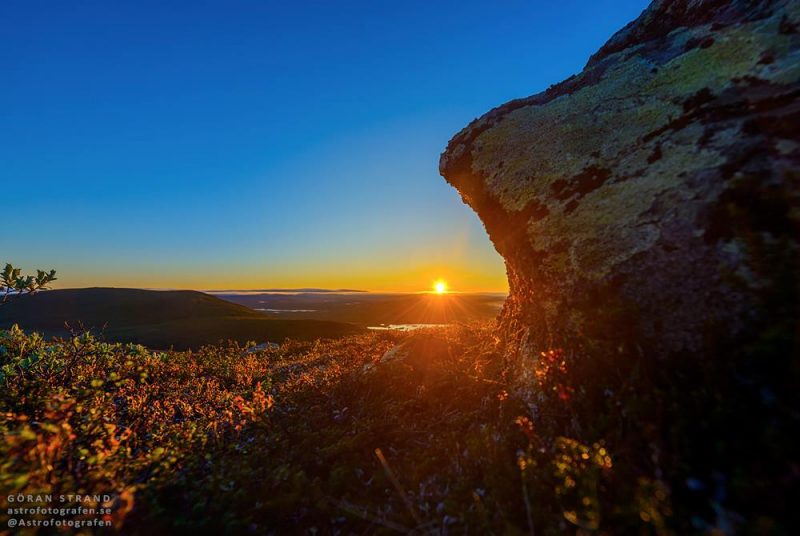 EarthSky Facebook friend Göran Strand posted the photo above of the midnight sun on the day of the northern summer solstice, in northern Sweden. He must have captured it just after midnight on June 21, 2016 because he wrote:

This was shot at 00:50 local time when the sun had passed into summer.

And remember that this year’s solstice was accompanied by a full moon. Birgit Bodén is another EarthSky friend on Facebook who is also in northern Sweden. She caught the moon around the midnight hour as well, just 10 minutes earlier than Goran caught his midnight sun, at 00:40 local time. 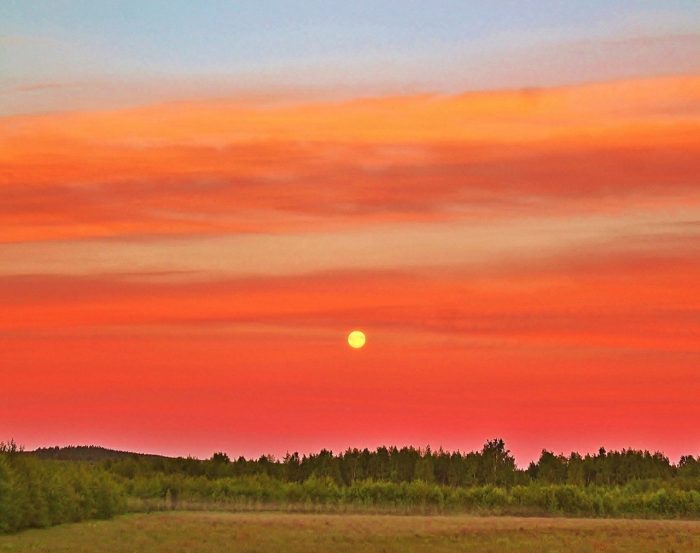 The midnight full moon of northern Sweden at this year’s June solstice by our friend Birgit Bodén.