Microbes catch a ride on fog

When fog rolls in, it can bring along communities of airborne microorganisms, says a new study. Moisture in fog allows microbes to last longer than they would in dry air. 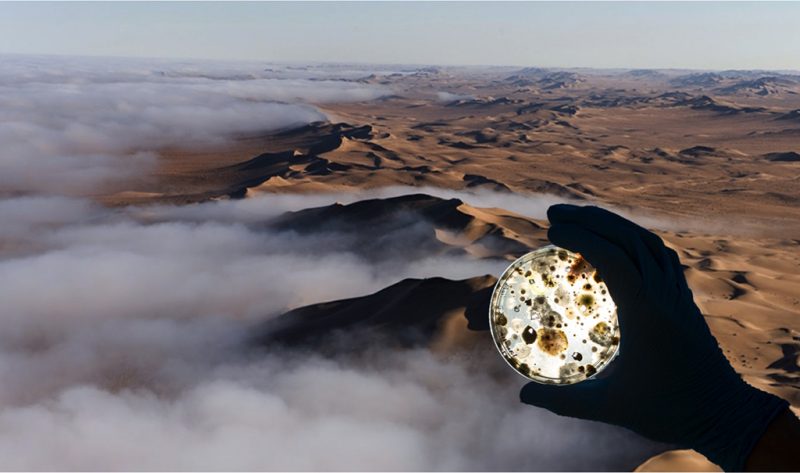 A team of scientists has provided the first view of fog as a carrier for microbes. Here, a researcher holds a plate of fungi cultured directly from Namib Desert fog. Image via Juliane Zeidler/Oliver Halsey.

Microbes can catch a ride on fog, says new research. That is, fog can help transfer microorganisms like bacteria, viruses, and fungi, over long distances into new environments, according to the study, published in the peer-reviewed journal Science of the Total Environment.

For the study, the researchers measured and compared microbes in fog in two very different, fog-dominated ecosystems: Coastal Maine in the U.S., and the Namib Desert, a hyperarid coastal fog desert on the west coast of southern Africa. They analyzed air samples — both foggy and clear — and rain, filtered to capture bacterial cells at each site, to record the variety and abundance of microorganisms. 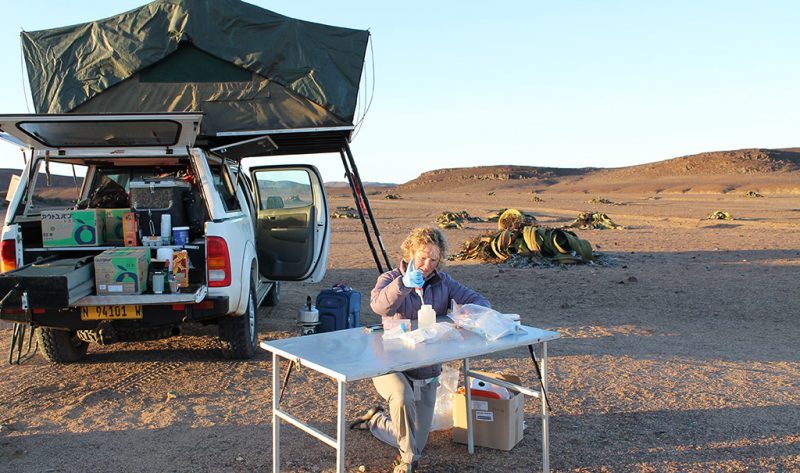 Sarah Evans cultures fog microbes from the morning’s fog collection in a makeshift field lab in the Namib Desert. Image via Sarah Fitzpatrick.

Sarah Evans is a Michigan State University biologist and co-lead author of a study. She said in a statement:

Fog droplets were found to be an effective medium for microbial sustenance and transport. At both sites, microbial diversity was higher during and after foggy conditions when compared to clear conditions.

Moisture in fog allows microbes to last longer than they would in dry air. As a result, fog deposits a greater abundance and diversity of microbes onto the land than happens by air alone.

Elias Dueker of Bard College is co-lead author of the study. Dueker said:

When fog rolls in, it can shift the composition of terrestrial airborne microbial communities. And in a fascinating twist, on the journey from the ocean to the land, microbes not only survive, but change during transport. Fog itself is a novel, living ecosystem.

The authors noted that there are also possible health implications for their findings. Fog at both sites contained pathogenic microbes, including suspected plant pathogens and species known to cause respiratory infections in immune-compromised people. This raises concern about the role that fog could play in transporting harmful microbes. Kathleen Weathers, a senior scientist at the Cary Institute of Ecosystem Studies, is a study co-author. She said:

We need a better understanding of fog’s role as a vector for microbes, with special attention to pathogens that threaten health. Warming sea surface temperatures and altered wind regimes are likely to affect fog distribution in many coastal regions.

Bottom line: A new study says that fog is a good carrier of airborne microbes.