Severe drought in 2011 and 2012 raises questions about the present and future water resources of Texas.

Severe drought in 2011 and 2012 in Texas raises questions about the present and future of the state’s water resources. Scientists expect groundwater supplies in Texas to fall by 30 percent by 2060. Scientist Michael Young of the Bureau of Economic Geology, Jackson School of Geosciences, University of Texas at Austin talked to EarthSky about what scientists know about water resources in Texas.

In 2012 Texas continued to struggle to recover from water shortages from what’s been described as the Great Drought of 2011. What do scientists know about the water resources in Texas in the face of the drought?

I think scientists and others in Texas recognize that water is a finite resource. Water is being used for a variety of purposes across Texas. Substantial amounts of water are being used for agriculture. When the drought hit in 2011 and our rainfall was about one third of normal, reservoir storage went way down, and groundwater levels decreased in areas of the state. The farming community suffered tremendous losses because of lack of water to irrigate crops. Typical rain-fed agriculture also suffered because the rain was not falling either. 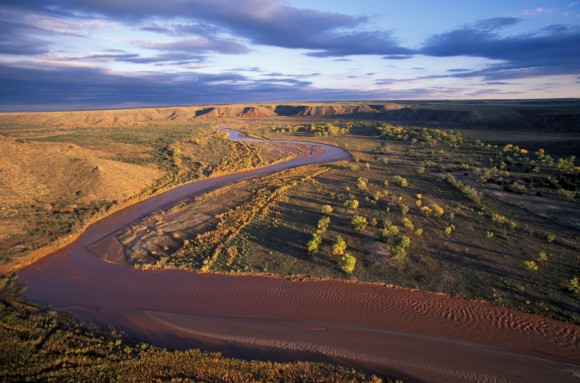 What do scientists understand about this big drought that hit Texas?

The climatology community is studying questions such as ‘How did the drought occur?’ and ‘How does drought take hold in the state once it occurs?’ And then there’s the whole issue of water quantity, both related to stream flow and in the groundwater aquifers. We know that once the drought took hold in the state, that the soil water storage itself went down to extremely low values. The soils were about as dry as they’ve ever been recorded. That helps explains why the reservoirs have not really responded very well to the rainfall in 2012. It’s because the water in Texas soil was so dry from the recent drought that it has to be replenished by the rainfall from that year first – before rainfall can go into the reservoirs. 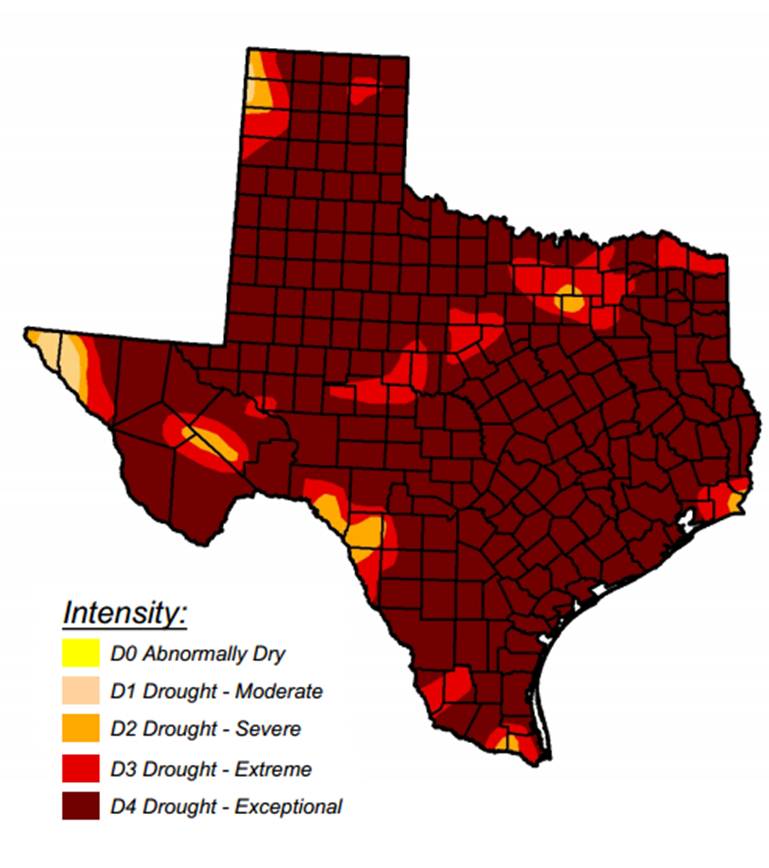 State of drought in Texas in September 2011. Image credit: University of Nebraska/Lincoln

The effect of the drought actually extends over multiple years. We’re seeing that now. The reservoir storage in central Texas was, as of late last year, at about 40 percent of normal. That’s in part because the soil water is absorbing most of the rainfall. We also know that, although surface water is relatively accessible, it tends to respond quickly to drought. In other words, surface water is easy to remove from the rivers, if we have the permit to do so, but it also depletes quickly during time periods when river recharge is low. So it’s accessible, but it’s also vulnerable to drought.

Groundwater is less accessible, because we have to pump it up from the water table. But it’s also less vulnerable. The drought from 2011 caused a reduction in the water table in some areas of the State but not all areas. So, although groundwater resources are affected by drought, it doesn’t react as quickly in most cases as does the surface water.

Texas is really fortunate to have a wide variety of climates. We have a very dry climate to the west, and a much wetter climate to the east. We have the coastal environment and the southern Great Plains up in the north. The water issues are different in different parts of the state. As of late last year, the eastern part of the state was no longer facing substantial drought. West Texas is still dry however, and south Texas is still in an exceptional drought. The water concerns in the west of the state are very different than the water concerns in the east. From the scientific side, we’re learning how to address questions of water shortages that are more local.

What goes into water quality?

Water quality is greatly affected by the material through which the water has been flowing. For example, water that percolates through the ground picks up nitrates, chloride, and other kinds of anions and cations that lead to higher salinity. If that water reaches the water table, then ground water salinity could increase. If the ground water recharges the streams, then the stream water will reflect, at least in part, characteristics of the groundwater. Further, water being released into the streams from waste water treatment plants generally also has higher salinity than might there may otherwise be expected.

Surface run-off also carries constituents with it. This occurs after heavy rainfall events, when water doesn’t infiltrate fast enough. The water runs off and ends up in streams or rivers, picking up sediment from fields or parking lots or whatever the water is flowing over. In different parts of the state, the water quality can differ because the soils are different, as is the way the water is being used. 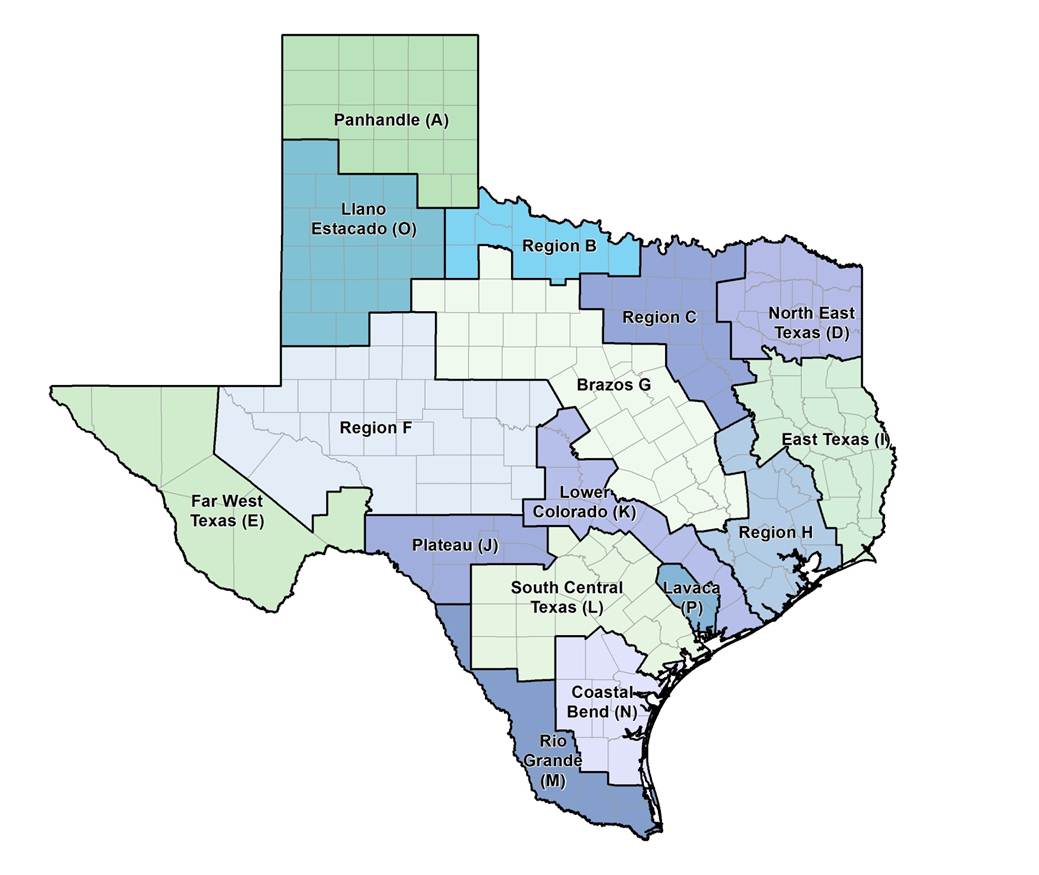 For example, when a community discharges water back into a river or a stream, they have to meet certain water quality requirements. This is monitored by the communities and by the Texas Commission on Environmental Quality (TCEQ). The Federal EPA also sets some of these standards.

Where are water resources of Texas right now, and where might they be in the future?

Let’s break the water up into two categories, surface water and groundwater, and look at how the water is being used right now. I think that the amount of water being used today is somewhere on the order of about 16 million acre-feet per year. An acre-foot of water is the volume of water that’s 1 foot deep, spread out over an acre. It’s about 325,000 gallons. That’s enough water for a family of five for a year.

One of the issues we’re trying to address across the state is what’s known as “environmental flows.” This is the minimum amount of water needed in the river to supply ecosystems, or to supply estuary systems down on the coast. Communities, groundwater conservation districts and others are looking at different approaches for maintaining environmental flows, while at the same time distributing how the water is being used across different regions of the state.

What kinds of solutions are being studied?

To make our water supply go further, scientists are studying solutions including desalination, water reuse, conservation, and a technique called aquifer storage and recovery – what’s known as ASR. Aquifer storage and recovery is a technique where excess water, either from the rivers during floods or where perhaps water is being pumped from one aquifer to another, is stored underground in one of the aquifers. These storage sites are valuable because this water doesn’t evaporate. San Antonio is putting a substantial amount of water underground, on the order of 150,000 acre feet a year. That water is being used in case of shortages elsewhere, for example, during the summertime when the reservoirs are low or when the water demand is high. Water managers can pump that water up from the aquifer and supplement existing water supplies for communities. Then, in the wintertime, when the demand goes down, the water can be returned back into the system. It essentially becomes a storage reservoir, only underground. 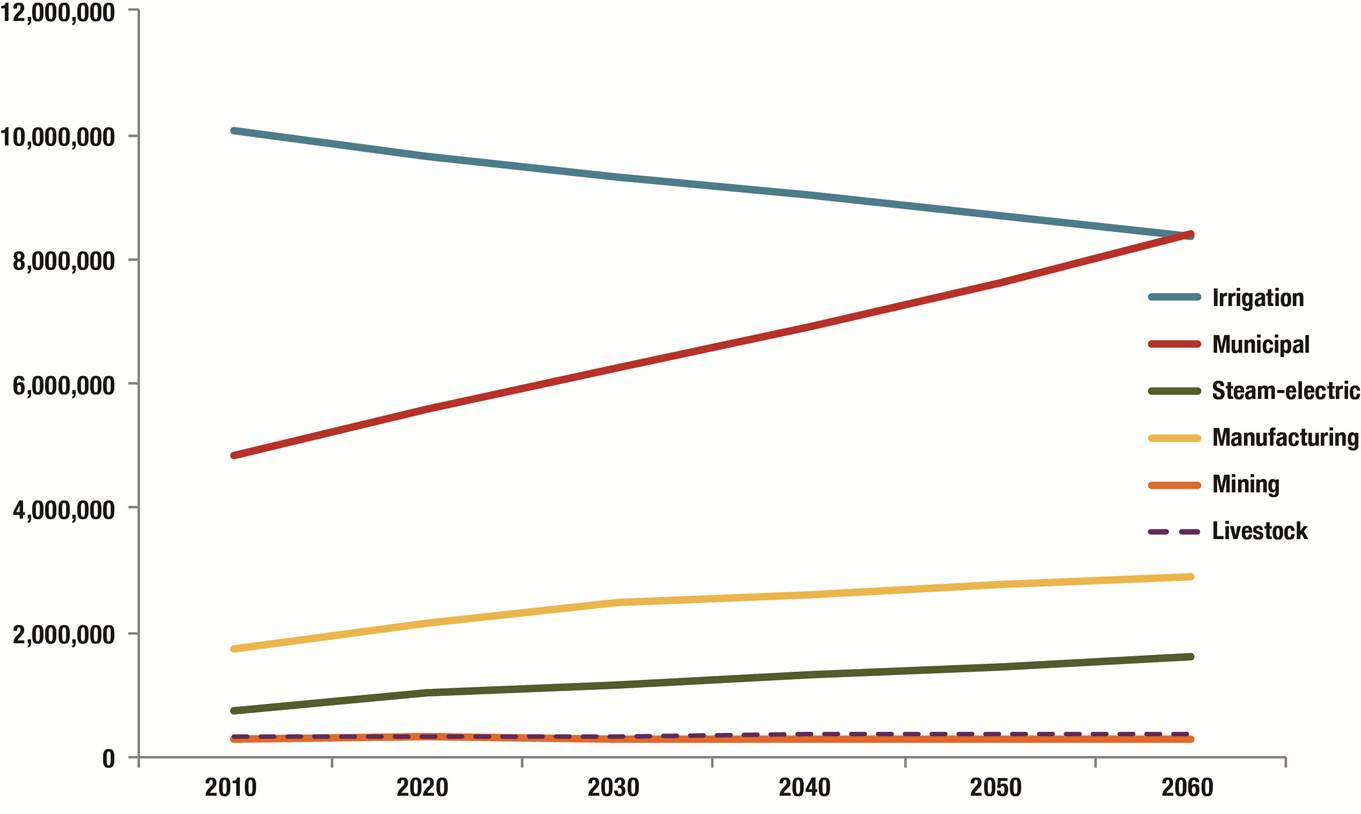 Water reuse is also an important water strategy. Currently, about 450,000 acre feet per year of reuse water could be used for irrigation in golf courses and parks, for example, or for release in wetlands and rivers. That volume is expected to increase to about 850,000 acre feet, almost double, over the next 30 to 40 years. That’s a potentially large source of water that could supply upwards of 850,000 families per year.

I believe that water conservation offers huge value as well. Right now, the average person in Austin uses about 135 to 140 gallons per day. People should know how much water they actually use, and the information is available on the water bill. That’s a very important number to know, because the less potable water we use, the less water treatment has to occur. That means more water in the reservoirs.

But we can’t conserve our way to where we gain new water. So we need different sources of water. One example is brackish water; this is, salty water. Brackish water is found in deeper aquifers, generally below the potable supply. Brackish water is being studied as an alternative water supply for parts of the state, for different purposes. So for example, brackish water is pumped up from deep aquifers, then treated using desalination and is available as potable-grade water. That’s new water being introduced into Texas, water that previously was not really part of the active hydrologic cycle.

So, this is the big science question of the future: How do we grow as a state, given growth in population, the needs in terms of power and energy, and the needs for water, and keep them all synced up, where we’re not running short of natural resources? That’s really the big question. Where the scientific community can help is to identify those projects and techniques that are most likely to yield the most amount of water.

What’s the most important thing you want people to know about water resources in Texas?

I would say the most important thing is for people to know where their water comes from and how much they use. Water plays a vital role in society, in everything from where we grow our food to cooling power plants to exploring for energy. And water is essentially a finite resource. When we grow in population, we need to be smarter about how we view water and about how the water is managed so that we don’t add stress in the water supply over the next 30 to 50 years. I think that is really is the main goal.