Since 2006, levels of heat-trapping methane in Earth’s atmosphere have risen sharply. A new study settles a disagreement about the source.

The video above – released in January 2018 – is based on data from NASA satellites and shows global patterns and cycles of biomass burning. According to NASA, emissions from both wildfires and prescribed burning turned out to be a key in solving the puzzle of the sharp increase in methane in Earth’s atmosphere in recent years. John Worden of NASA’s Jet Propulsion Laboratory led the new analysis of satellite and ground-based data, with the goal of more accurately pinpointing the sources of methane.

The study is published in the peer-reviewed journal Nature Communications.

Methane is a greenhouse gas. It absorbs the sun’s heat and helps warm Earth’s atmosphere. The amount of methane in Earth’s air has sharply increased since 2006, and scientists want to understand why. NASA explained that various teams of scientists have had different explanations for the puzzling increase in methane:

Some teams have published evidence showing that emissions from biogenic [living] sources is driving the increase. Wetlands, ruminants, and rice paddies — all home to methane-producing microbes — are some of the major sources of biogenic methane.

Other teams have argued that a simultaneous increase in atmospheric ethane, a key component of natural gas, implies that fossil fuels are the culprit. Extracting and transporting fossil fuels add both ethane and methane to the atmosphere via leaks in wells, pipes, and other infrastructure.

Worden’s new analysis suggests that both fossil fuels and biogenic sources (wetlands and agriculture) are the primary drivers of the increase. 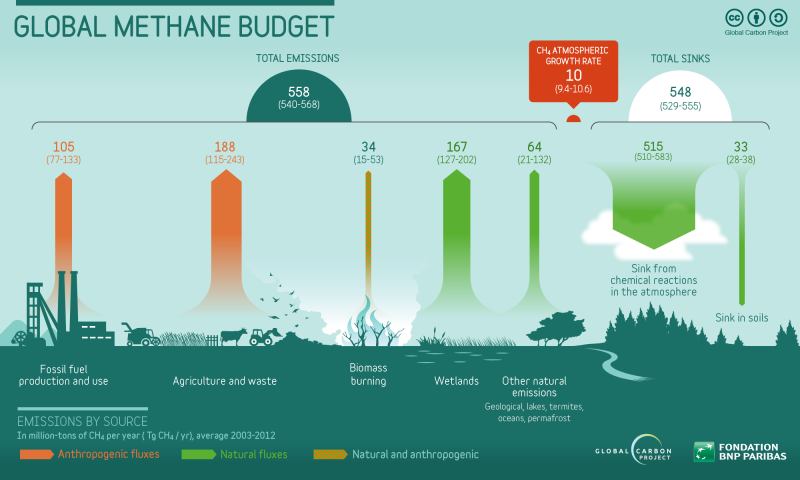 View larger. | Sources of methane in Earth’s air, via GlobalCarbonProject.org.

The key to this new understanding by Worden and team was a new calculation of the role played by emissions from global biomass burning. NASA explained:

The key to pinpointing these numbers was the calculation of a new estimate of emissions from biomass burning.

Because methane is a powerful, heat-trapping greenhouse gas, scientists want to understand exactly why it’s been increasing in Earth’s atmosphere since 2006. Image via NASA.

The video at the top of this article – based on data from GFED – shows land fires burning around the world between 2000 and 2015. The data show that the area burned each year decreased by about 12 percent between the early 2000s and the more recent period of 2007 to 2014.

The logical assumption would have been that methane emissions from fires would decrease by roughly the same percentage as the change in burned area. But, NASA said, that’s not what happened. Instead:

… the observations from TES and MOPITT made clear that the decrease in methane emissions was almost twice as much as that assumption would suggest.

Armed with this new understanding, Worden’s team was able to point with confidence both to fossil fuels and to biogenic sources (wetlands and agriculture) as primary drivers of the methane increase since 2006. Worden commented:

A fun thing about this study was combining all this different evidence to piece this puzzle together. 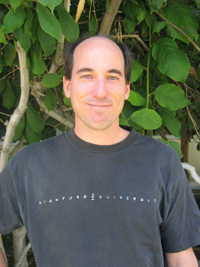 Bottom line: Methane is a powerful greenhouse gas. A new study lets scientists understand with better precision the sources of the increase in methane in Earth’s air since 2006.