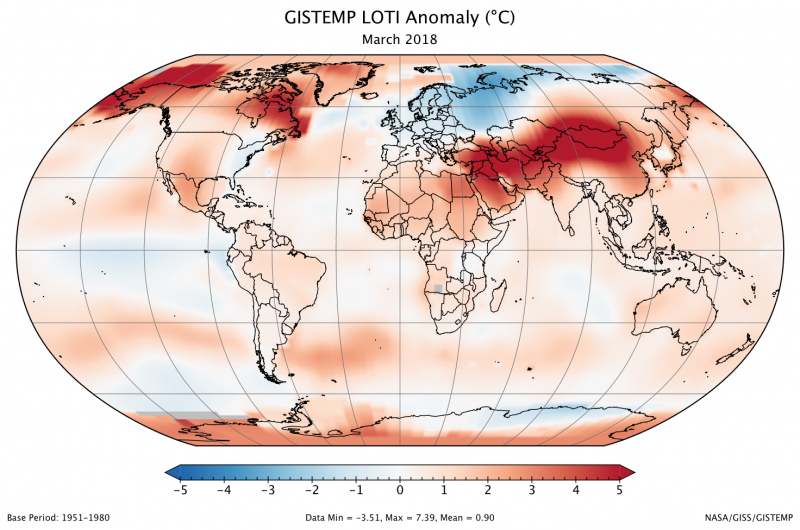 A global map of the March 2018 LOTI (land-ocean temperature index) anomaly, relative to the 1951-1980 March average. Image via NASA.

According to a monthly analysis by scientists at NASA’s Goddard Institute for Space Studies (GISS), March 2018 was among the six warmest Marches since modern-record-keeping began. 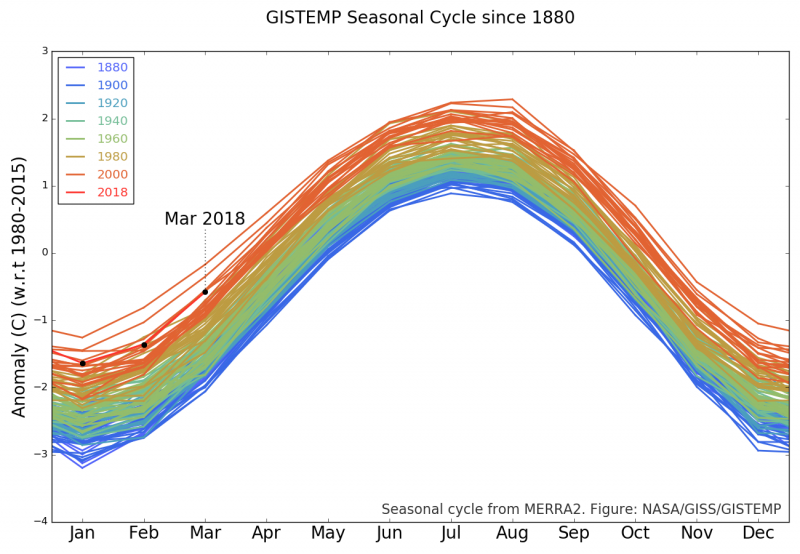 Bottom line: March 2018 is in the top 6 warmest Marches since modern record-keeping began in 1880.