Scientists report on the discovery in China of a new species of dinosaur – calling Qijianglong – a creature that was “half neck.” 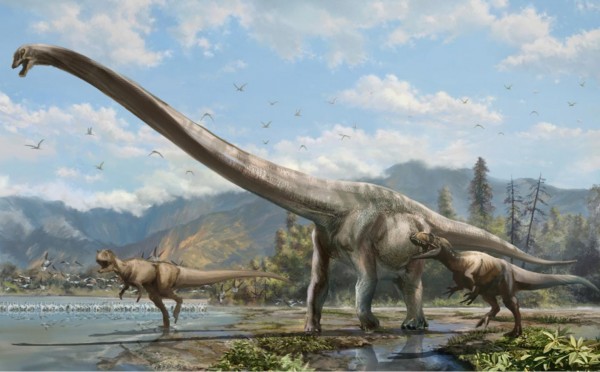 Among dinosaurs, it seems, there were long necks and there were looooonnnnnggggg necks. Paleontologists reported on January 26, 2015 in the Journal of Vertebrate Paleontology on the discovery in China of a new species of dinosaur, a creature that was half neck. They are calling it Qijianglong (pronounced CHI-jyang-lon), meaning dragon of Qijiang, for its discovery in Qijiang, a district of the municipality of Chongqing, China. Construction workers in 2006 stumbled on the fossil site. Scientists ultimately unearthed of series of large neck vertebrae stretched out in the ground – with the head of the dinosaur was still attached. Altogether, scientists say, Qijianglong was about 45 feet (about 14 meters) long. Best estimates suggest it lived about 160 million years ago in the Late Jurassic.

University of Alberta PhD student Tetsuto Miyashita, who was a co-author in the study, was quoted in Science20.com as saying:

Qijianglong is a cool animal. If you imagine a big animal that is half neck, you can see that evolution can do quite extraordinary things.

It is rare to find a head and neck of a long-necked dinosaur together because the head is so small and easily detached after the animal dies.

China is home to the ancient myths of dragons. I wonder if the ancient Chinese stumbled upon a skeleton of a long-necked dinosaur like Qijianglong and pictured that mythical creature. 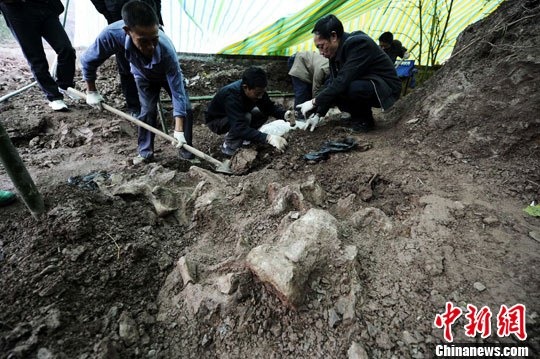 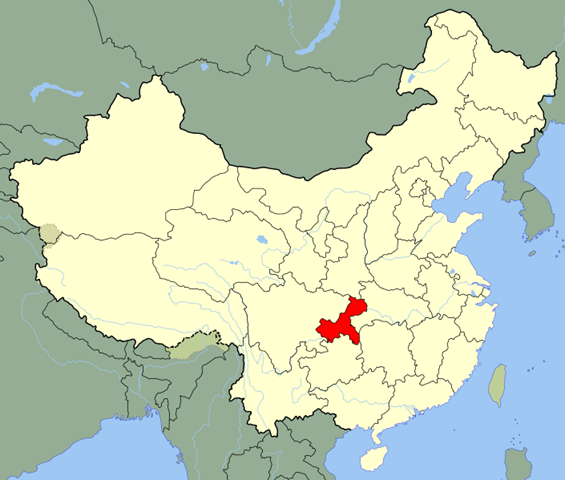 Qijiang is one of the districts in Chongqing Municipality where dinosaurs’ tracks and fossils have been found. Map via Archaeologynewsnetwork

Unique among mamenchisaurids, Qijianglong had neck vertebrae that were filled with air, making their necks relatively lightweight despite their enormous size. Interlocking joints between the vertebrae also indicate a surprisingly stiff neck that was much more mobile bending vertically than sideways, similar to a construction crane.

Mamenchisaurids are only found in Asia, but the discovery of Qijianglong reveals that there could be as many differences among mamenchisaurids as there are between long-necked dinosaurs from different continents.

The Qijianglong skeleton is now housed in a local museum in Qijiang.

Bottom line: Scientists reported last week (January 26, 2015) on the discovery of a new species of dinosaur called Qijianglong. It’s one of the group of dinosaurs called mamenchisaurids, whose necks sometimes measure up to half the length of their bodies. It was unearthed in Qijiang, a district of the municipality of Chongqing, China, where many other dinosaur fossils have been found.