Lightning strikes – perhaps a quintillion of them, occurring over a billion years – might have provided sparks of life for the early Earth by unlocking phosphorus, says new research. 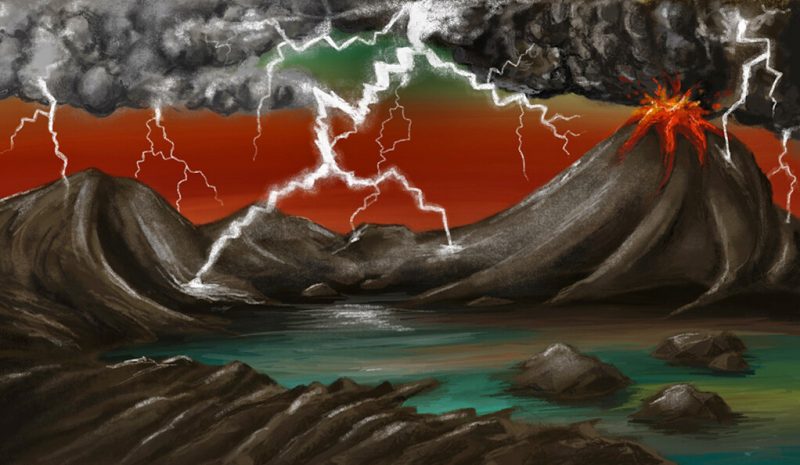 The origin of life on Earth is one of the most complex puzzles facing scientists. It involves not only identifying the numerous chemical reactions that must take place to create a replicating organism, but also finding realistic sources for the ingredients needed for each of the reactions.

One particular problem that has long faced scientists who study the origin of life is the source of the elusive element, phosphorus. Phosphorus is an important element for basic cell structures and functions. For example, it forms the backbone of the double helix structure of DNA and the related molecule RNA.

Though the element was widespread, almost all phosphorus on the early Earth – around 4 billion years ago – was trapped in minerals that were essentially insoluble and unreactive. This means the phosphorus, while present in principle, was not available to make the compounds needed for life.

In a new paper, we show lightning strikes would have provided a widespread source of phosphorus. This means lightning strikes may have helped spark life on Earth, and may be continuing to help life start on other Earth-like planets.

One potential source of phosphorus on the early Earth is the unusual mineral schreibersite, which is found in small amounts in meteorites. Experiments have shown that schreibersite can dissolve in water, creating aqueous phosphorus which can react and form a variety of organic molecules important for life. Examples include nucleotides, the building blocks of DNA and RNA, and phosphocholine, a precursor to the lipid molecules that make up the cell membrane.

But there’s another potential source for schreibersite. While studying a glass structure created by a lightning strike called a fulgurite, we found a substantial amount of the unusual phosphorus mineral inside the glass.

To determine if this was the case, we estimated the amount of phosphorus made available by lightning strikes from 4.5 billion years ago, when the Earth formed, to 3.5 billion years ago when we have the earliest fossil evidence of life. 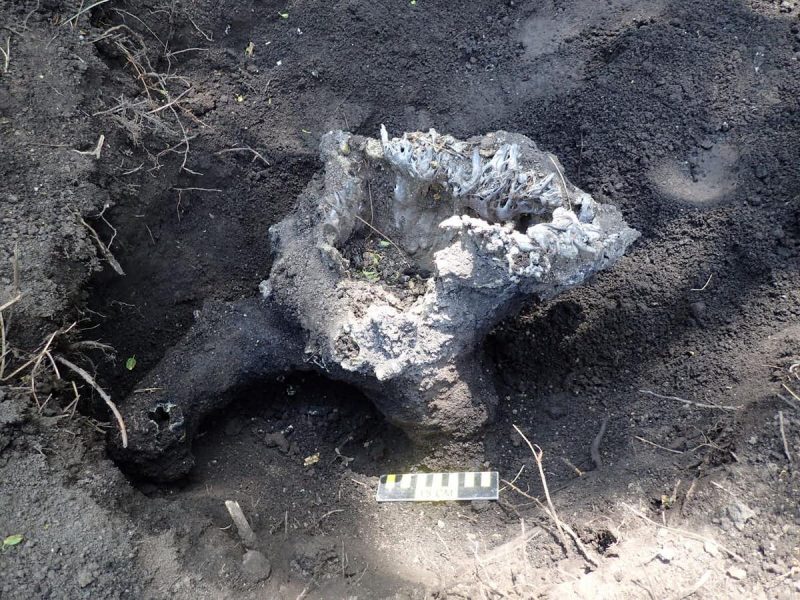 The fulgurite sample. Image via Benjamin Hess/ The Conversation.

To do this, we needed to estimate three things: the number of fulgurites formed each year; how much phosphorus was in the rocks on early Earth; and how much of that phosphorus is turned into usable phosphorus by the lightning strikes.

Fulgurites form when lightning strikes the ground, so first we needed to know how much lightning there was. To determine the amount of lightning, we looked at estimates of the amount of carbon dioxide (CO2) in the atmosphere on early Earth and estimates of how much lightning there would be on Earth for different amounts of CO2. The CO2 in the atmosphere can be used to estimate global temperature, which is a key factor in controlling the frequency of thunderstorms.

We found that, on early Earth, there would have ranged from 100 million to 1 billion lightning strikes a year, with each strike forming one fulgurite. In total, up to 1 quintillion (one followed by 18 zeros) fulgurites would have formed in the first billion years of Earth’s history.

Finally, we used our fulgurite and other published fulgurite studies to estimate of how much schreibersite, or similar forms of phosphorus, would have been made available by lightning strikes.

Combining all these factors we calculated lightning strikes made upwards of 10,000 kg of phosphorus available for organic reactions every year.

Based on the best of our knowledge of early Earth, lightning probably provided as much reactive phosphorus as meteorites did around the time of the origin of life, approximately 3.5 billion years ago. Therefore, lightning strikes, along with meteorite impacts, very likely provided the phosphorus needed for the emergence of life on Earth.

Our research also highlights a new source of the phosphorus needed for life to emerge on other Earth-like planets.

Lightning strikes are a more sustainable source of phosphorus than meteorite impacts. The abundance of large meteorites in a solar system decreases exponentially over time as the leftover material in the system collides with planets.

So, while meteorites provide substantial usable phosphorus for life early in a planet’s history, they decrease fairly rapidly in abundance. Lightning strikes, however, are relatively constant through time.

Our work helps expand the conditions in which life can form on other planets in our solar system and beyond. If any planet has an active, lightning-rich atmosphere, then the phosphorus needed for life will be available any time. 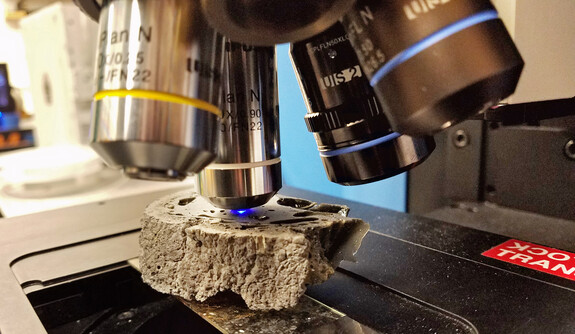 A cut sample of fulgurite being analyzed using spectroscopy at the University of Chicago. Image via Yale University.

Bottom line: Lightning strikes – perhaps a quintillion of them, occurring over a billion years – might have provided sparks of life for the early Earth by unlocking phosphorus, says new research.