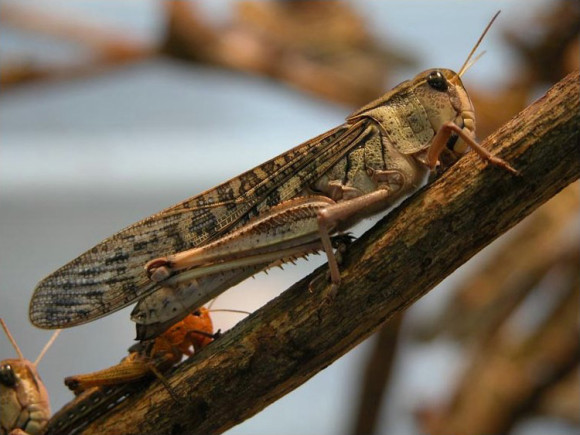 Researchers from several Chinese institutes – including the Chinese Academy of Sciences and BGI – have successfully decoded the whole genome sequence of the migratory locust (Locusta migratoria), the most widespread locust species. At 6.5 gigabytes, it’s the largest animal genome sequenced so far. The study has been published online in the journal Nature Communications.

A single locust can eat its own body weight in food in a single day, that’s proportionatel 60 times a human’s daily consumption. They are capable of inflicting famine and wiping out livelihoods when they swarm, which can cost countries billions of dollars in lost harvests and eradication efforts.

To advance the development of new effective insecticides, researchers identified the gene targets for pest control and new insecticides, such as cys-loop ligand-gated ion channels and G-protein-coupled receptors, which are considered to be major traditional insecticide targets, and the repertoire of several biological processes that may serve as mechanistic targets and lead to the development of specific and sustainable pest control methods.