Amazing pictures and video from Hattiesburg, Mississippi as a large tornado strikes the city on February 10, 2013. 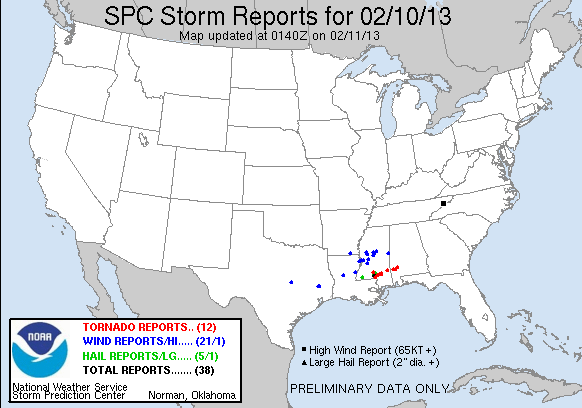 A strong cold front triggering blizzard conditions across northern Nebraska, South Dakota, North Dakota, and Minnesota is also triggering severe weather across the deep south today (Sunday, February 10, 2013). The Storm Prediction Center issued a slight risk for severe weather across Louisiana, southern Mississippi, and southern Alabama for a threat to see a few strong tornadoes, large hail, and strong winds. During the evening hours, supercells developed across southern Mississippi and produced very distinct signatures on radar that would indicate strong rotation and possible tornadoes. One confirmed tornado struck the city of Hattiesburg, Mississippi around 5 p.m CST (22:00 UTC). There have been numerous reports of severe damage to buildings, structures, and what appears to be a direct hit through the University of Southern Mississippi. In this post, we have included some images and videos that were posted via social media. It is still too early to know if any injuries or deaths occurred with this particular storm. Once we get more details, we will let you know. 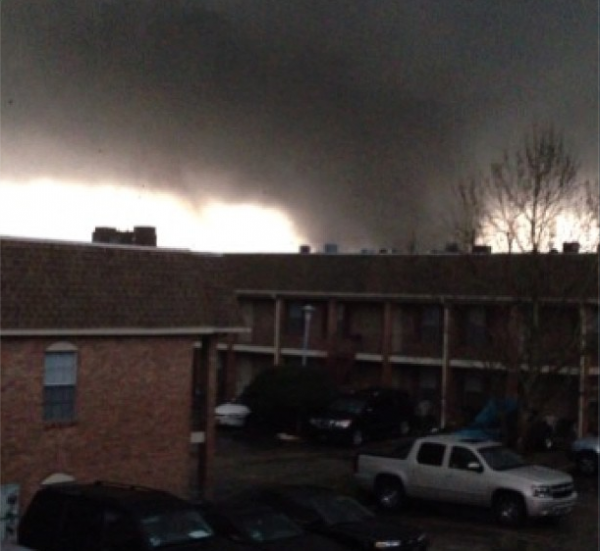 Information is still coming out at the moment, but it looks like the city of Hattiesburg was struck the hardest. According to reports via twitter, Southern Mississippi reports tornado damage at Jazz Station, Mannoni Performing Arts Center, Ogletree Alumni House and Elam Arms.

Here is some amazing footage by John Sibley in Hattiesburg, Mississippi:

Meanwhile, news station Channel 7 WDAM aired the live tornado on television and online. Here’s a screenshot taken earlier this evening as the tornado was pushing through Hattiesburg. 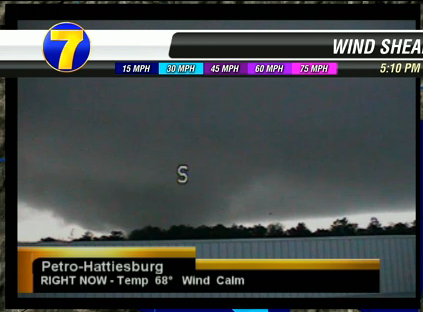 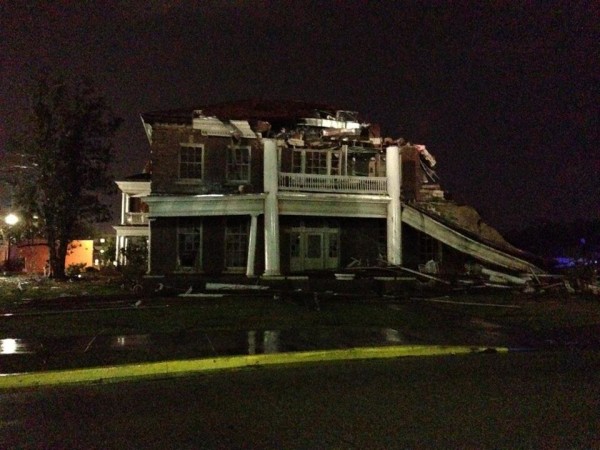 The USM Alumni house was one of the many buildings hit by the strong tornado in Hattiesburg, Mississippi. Image Credit: WDAM-TV 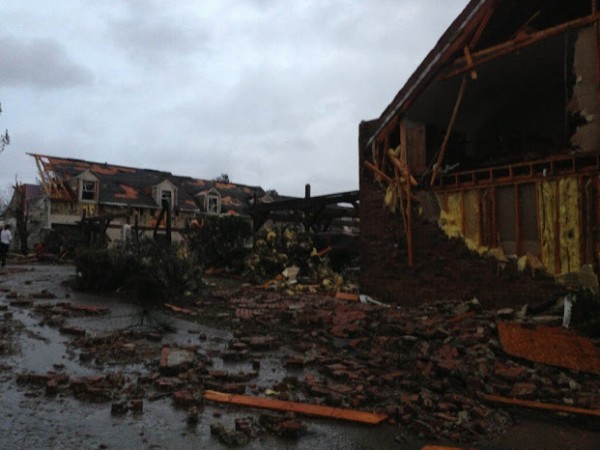 Here is a radar image shortly after the tornado hit Hattiesburg, Mississippi. It shows both reflectivity (top) and velocity (bottom) images that help indicate rotation and a possible tornado in the storm. 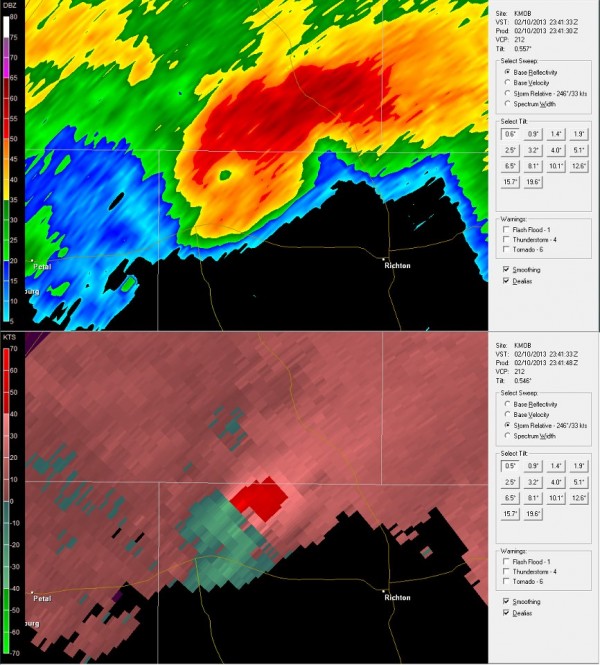 Bottom line: A large tornado struck Hattiesburg, Mississippi around 5 p.m. CST on Sunday, February 10, 2013. Based on the storm reports, it appears as if injuries have occurred with this particular tornado, although nothing has been confirmed as of now. Based on radar images, video, pictures, and damage reports, this tornado will likely be ranked as an EF-2 or EF-3 tornado. We will know more about the extent of the damage tomorrow when we have daylight and the National Weather Service can begin a survey. Prayers go out to all of the victims involved in not only this particular storm, but all across the region experiencing severe weather this evening.