Large Hadron Collider is back up! 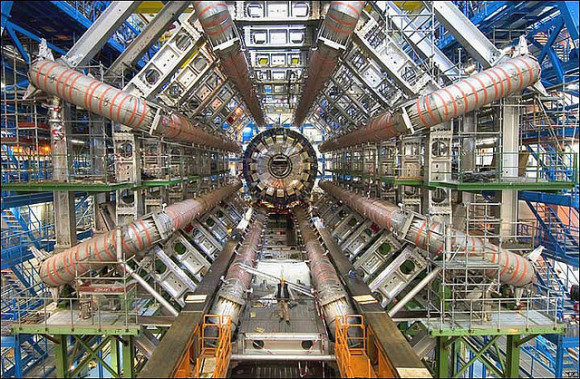 After problems that delayed its restart in March, the Large Hadron Collider (LHC), the world’s most powerful particle accelerator, was restarted on Sunday (April 6) following two years of intense maintenance and upgrade.

The LHC, operated by the European Organization for Nuclear Research (CERN), is located in a tunnel between Lake Geneva and the Jura mountain range on the Franco-Swiss border.

The upgrade was intended to nearly double the collider’s maximum collision capacity.

Scientists at CERN said particles have successfully been moving in two directions, at just under the speed of light, inside the LHC’s 17 mile (27 km) ring of parallel pipes. It will be at least another month until actual collisions start, but they’ll happen with nearly double the energy as during the LHC’s first run. 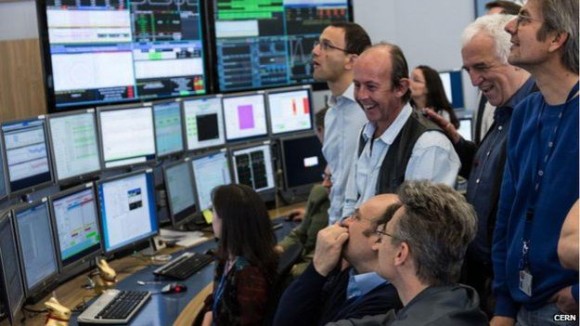 The LHC generates up to 600 million particles per second, with a beam circulating for 10 hours, traveling more than 6 billion miles (more than 10 billion kilometers) – that’s about the distance from Earth to Neptune and back again.

Physicists hope that the LHC will help answer questions concerning the basic laws governing the interactions and forces among fundamental particles, the building blocks of all matter, and clues about the universe came into existence.

The LHC’s first run was from 2010-2013. In 2012, the LHC was used to prove the existence of Higgs Boson, earning the 2013 Nobel physics prize for two of the scientists who had theorized the existence of the so-called “God particle”.

During this phase of the LHC program, researchers will probe a conceptual frontier called “new physics”, including antimatter and dark matter, a theoretical type of matter that cannot be seen with telescopes but is thought to make up most of the universe. It has only been detected by its gravitational effects, CERN says.