Our nights are brighter, and brighter

The International Dark-Sky Association has campaigned for decades to reduce artificial light at night. Yet a new study shows our night skies still brightening at a rate of 2 percent each year. 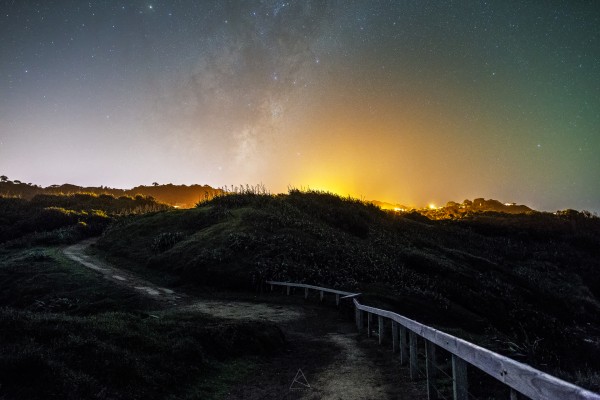 Astrophotographer Amit Kamble in New Zealand calls this image Save Me From Light. Read more about this image.

Of course, our night skies are more washed with artificial light than those of our ancestors, but apparently – despite the efforts of groups such as the International Dark-Sky Association (IDA) – Earth’s night skies are still getting brighter. A landmark study released November 22, 2017 found both light pollution – and energy consumption by lighting – steadily increasing. The study is based on five years of satellite images. The data show gains of two percent per year in the amount of the Earth’s surface that is artificially lit at night and in the quantity of light emitted. The study noted a correlation between some nations’ economic development and their brighter night skies. And it noted zero decline in rates of light pollution in already-developed nations, where a switch to energy-saving LEDs was thought by some to be helping to save the night.

Christopher Kyba of the GFZ German Research Center for Geosciences in Potsdam, Germany led the international team of scientists that conducted the study. It was published November 22 in the peer-reviewed journal Science Advances.

The team analyzed five years of images from the Suomi NPP satellite and said the saw increases in light pollution almost everywhere they looked. Some of the largest gains were in regions that had been previously unlit. Kyba noted in a statement at IDA’s website:

Light is growing most rapidly in places that didn’t have a lot of light to start with. That means that the fastest rates of increase are occurring in places that so far hadn’t been very strongly affected by light pollution.

View larger. | World maps showing the rates of change of the lit area of the world (l) and the measured brightness (r) of each country during 2012-2016. Warmer colors in each map correspond to higher rates of change. Image via Kyba et al. / Science Advances/ IDA.

The study is among the first to examine the effects, as seen from space, of the ongoing worldwide transition to LED lighting. LED lighting requires less electricity to yield the same quantity of light as older lighting technologies. Proponents of LED lighting have argued that the high energy efficiency of LEDs would contribute to slowing overall global energy demand, given that outdoor lighting accounts for a significant fraction of the nighttime energy budget of the typical world city. The team tested this idea:

… comparing changes in nighttime lighting seen from Earth orbit to changes in countries’ gross domestic product, or GDP – a measure of their overall economic output – during the same time period. They concluded that financial savings from the improved energy efficiency of outdoor lighting appear to be invested into the deployment of more lights. As a consequence, the expected large reductions in global energy consumption for outdoor lighting have not been realized.

Kyba said he expects the upward global trend in the use of outdoor lighting to continue, and, he believes, it will bring many negative environmental consequences:

There is a potential for the solid-state lighting revolution to save energy and reduce light pollution, but only if we don’t spend the savings on new light. 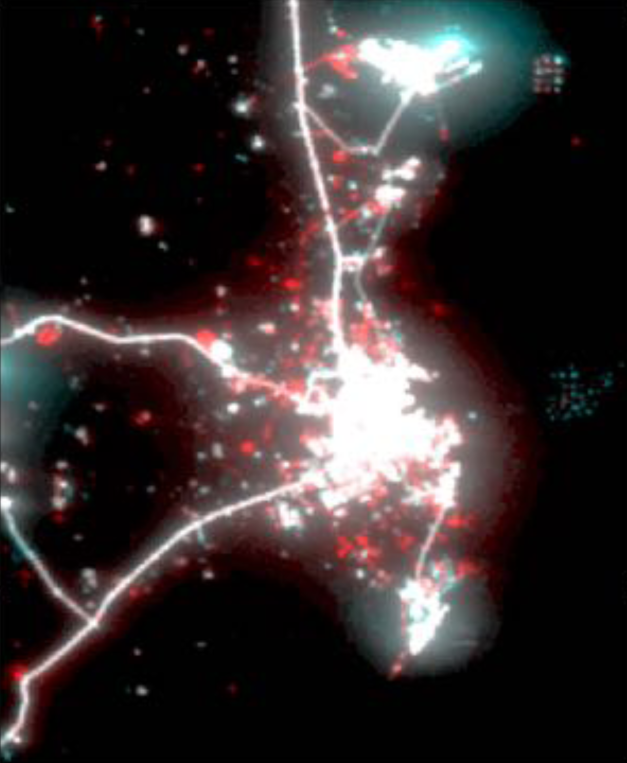 IDA has campaigned for the last 30 years to bring attention to the known and suspected hazards associated with the use of artificial light at night. IDA Executive Director J. Scott Feierabend pointed out repercussions including harm to wildlife, threats to human wellbeing, and potentially compromised public safety. IDA drew public attention to concerns associated with the strong blue light emissions of LED lighting as early as 2010. Feierabend explained:

Today’s announcement validates the message IDA has communicated for years. We hope that the results further sound the alarm about the many unintended consequences of the unchecked use of artificial light at night. 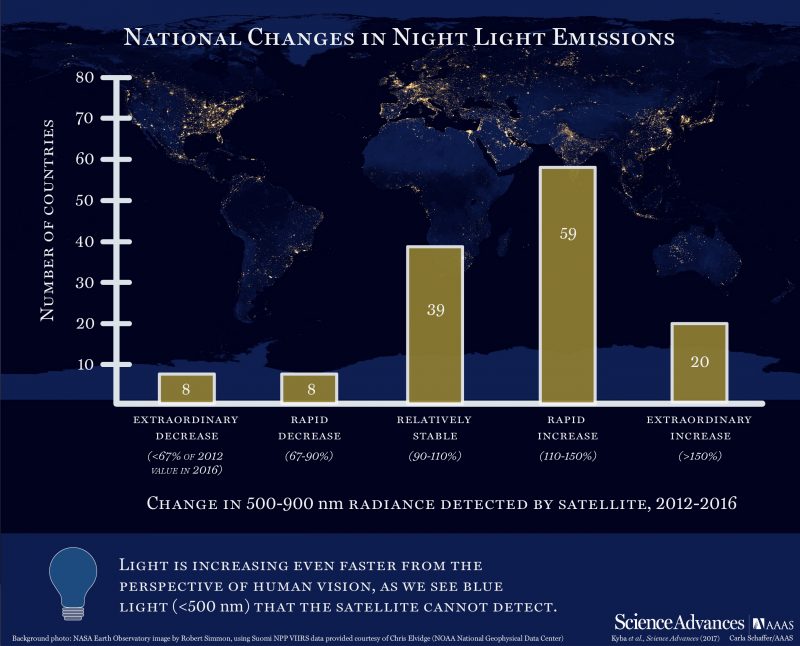 Bottom line: An international team of scientists conducted a landmark study showing that Earth’s night skies are brightening at a rate of 2 percent each year.

Source: Artificially lit surface of Earth at night increasing in radiance and extent