Killing rats to save birds as glaciers recede

Glacier melt means rats can reach bird nests on South Georgia, an island north of Antarctica and east of the Falklands. What to do? Send in helicopters!

This article is republished with permission from GlacierHub. This post was written by Paul Chakalian. 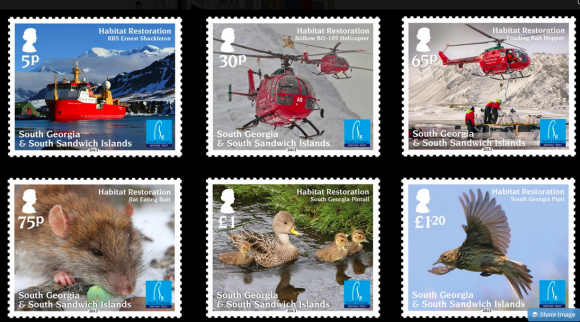 The biggest island-based rat-killing operation in history is under way on South Georgia, an island north of Antarctica and east of the Falklands. The island was once one of the richest seabird breeding territories in the world, but bird populations fell into severe decline after rats arrived aboard sealing and whaling ships in the 19th century. Scientists are racing to eradicate the rats before glaciers that currently serve as natural barriers between the rodents and remaining bird populations melt away. They are hoping to save the South Georgia Pipit, a species found nowhere else in the world, from extinction. 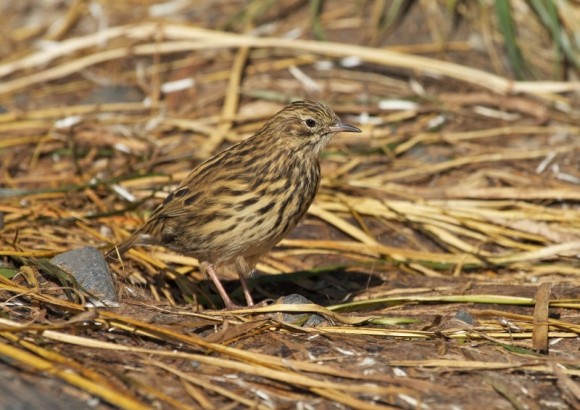 During the 18th and 19th centuries, the bays of South Georgia served as whaling harbors. Accompanying the whaling expeditions were non-native species, particularly Norwegian brown rats, which have greatly reduced the populations of some native species on the island. South Georgia’s unique geography has complicated this process, however, and offered some protection against extinction.

The UK overseas territory stretches over 7,000 square kilometers, and boasts 11 mountain peaks over 2,000 meters high. Given the combination of latitude and elevation, half the island is covered in snow and ice year round. A number of the glaciers reach from the high peaks all the way to the ocean. This glacial ice has fragmented the island, acting as a barrier between different sections of bird habitat. 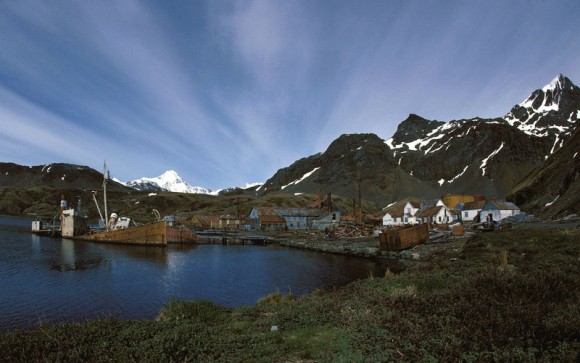 In 2010, scientists published a study in the journal Antarctic Science that analyzed the impact of glacial retreat on this habitat separation. The study revealed that the glaciers play an important role in preventing the invasive Norwegian brown rats from reaching the ground nesting sites of native birds. The birds inhabit the coastal sections of the southern end of the island, while rats thrive in the north. Glacial retreat over the last several decades is quickly eliminating that natural barrier, however, allowing rats to move to sections of coastal habitat that were formerly isolated. According to the study, the average rate of retreat has increased more than four-fold since the 1950s. Activists and scientists are concerned that the two sides of the island’s coasts will soon be connected by ice-free land. They estimate that under current conditions, the rats would completely eliminate the endemic pipit from the island, and greatly reduce other birds as well. 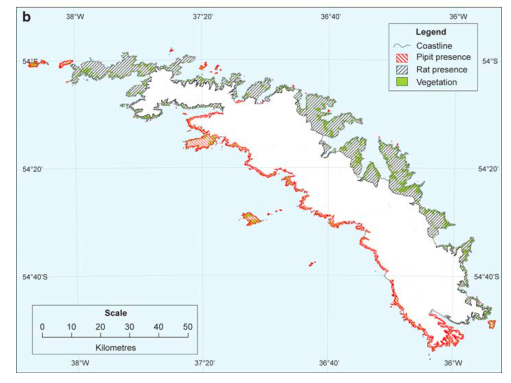 To prevent this loss, the South Georgia Heritage Trust and a group of biologists from around the world are pursuing an intensive extermination campaign to eliminate rats completely from South Georgia Island. Organizing themselves under the name of Team Rat, in March 2011 they spread 50 tons of Brodifacoum, a rat poison, on the island. This action was the first phase of the eradication process. The initial results were encouraging, with no rats subsequently found in the areas where the poison was spread. According to the South Georgia Heritage Trust website, it seems impossible to prevent all ill effects on other animals on the island from the poison. However, several factors limit the risk of this substance on the native fauna. It is not water soluble, most birds on the island eat marine rather than terrestrial prey, and the rats, once poisoned, tend to retreat into their burrows. The team is carefully monitoring effects on other wildlife each season and has said it will cease work if there is evidence of long-term population-level damage due to the project.

The fact that the sections of the island are separated by glaciers means that the rats can be eradiated pocket by pocket without risk of previously baited areas becoming repopulated, and the organizers of the effort are confident they will be able to eradicate the rats from South Georgia. The second phase of the project was undertaken in the spring of 2013 when an additional 180 tons of rat poison were dropped on the island, which marked the successful baiting of 70% of all rat-infested habitat.

“After two years of monitoring the work we did back in 2011 . . . we have found no sign of rodents in the areas we cleared then and we are now pretty confident that we were completely successful in eradicating rats from the area,” Howard Pearce, one of the organizers of the project, told The Guardian. The project coordinators expect to complete baiting of the rat habitat by 2015, and expect to declare the island rat-free by 2025. If everything continues according to plan the island will be rat-free before glacial retreat unites the southern and northern shorelines. If this campaign meets these goals, Team Rat will have succeeded in staving off extinction of an endangered species due to glacier retreat.

To see more photos of South Georgia, look here. And here is another story about an invasive species on another sub-Antarctic island with a history of whaling, Signy Island in the South Orkneys.